Africa is keeping investors on their toes with forecasts far from being true to their word. The inherent volatility and instability of African markets is difficult to fully grasp until seen in hindsight.

As was the case in 2013, new vehicle sales were forecast to exhibit strong growth rates on a yearly basis. However, the weakening economics of developing nations, soft oil prices, growing exchange rate risk, and a preference for safe-havens has seen the market fall on a yearly, and even monthly, basis.

Gains to be made

If new vehicle sales on the African continent grow to 7 units per 1,000 inhabitants, which is a significant feat in itself, total new vehicle sales will reach approximately 7.7 million units annually. This would shift Africa to being the 4th largest new car regional market after China, the USA and Europe and larger than Japan at 4.3 million units in 2016. It is this potential that has enticed automakers into Africa.

In response to the fervour exhibited by CEOs and manufacturers, African governments have understood the gains to be made from the automotive sector and adopted policies to achieve the wider government objectives of industrial and economic growth. These policies are export oriented and will permit automakers to assemble cars in the local economy at competitive rates, yet source the necessary demand from foreign markets that possess the disposable income.

Although South Africa, Kenya and the countries of North Africa have been producing vehicles for a number of years, it was Nigeria that took the greatest steps to attract investment into their local sector. The Nigerian government developed the National Automotive Investment and Development Programme (NAIDP) in 2013, which provides wide-ranging benefits to automakers wanting to assemble vehicles in the country.

The policy was well received, with over 10 assembly plants being setup to produce for the local and West African automotive markets. Although new vehicle sales reached approximately 50,000 units in 2014, the weak economic climate has reduced sales to approximately 7,000 units up to November in 2016. As a consequence, assembly operations in Nigeria have slowed to a halt as inventories continue to expand unsustainably.

Upping the ante, Morocco developed an investment cluster programme which saw Renault enter the local market. Renault will be the only global automaker assembling vehicles in the country until the arrival of Peugeot in 2019. In neighbouring Algeria, the government’s drive to create a local automotive manufacturing base has led to a quota system being placed on all automakers importing cars to “force” the investment into local assembly.

New vehicle sales dropped from over 300,000 units in 2014 to 160,000 units in 2015 and a forecast shows 95,000 in 2016 due to the quotas. A number of automakers have noted their intent to invest in the country, with Volkswagen being the latest to do so in order to overcome the market limitations.

Kenya is currently looking to develop a specialised policy to create a turn-around in their local assembly sector, which started to slow in late 2015 due to a lack of support measures and the enforcement of a 20% excise duty on locally built vehicles. Placing further pressure on Kenya are the aspirations of Ethiopia, which is looking to become a major assembler of vehicles on the continent within the next 10 to 20 years.

The introduction of investment promotion measures has seen a number of Chinese companies establish assembly facilities while, more recently, Hyundai noted its intention to commence assembly in the country.

The South African government announced that a follow-on Master Plan from the Automotive Production and Development Programme (APDP) will provide confidence and stability for automakers to plan further investments in South Africa. The Master Plan will go beyond the APDP by providing benefits not only for light-duty vehicles, but also for motorbikes and medium and heavy vehicles.

Regulatory and labour limitations, along with the slowing new vehicle sector, are challenges for sector participants; however, strong demand from the United States and Europe is maintaining growth in the sector.

Unfortunately, wide-ranging challenges throughout the African markets are restricting the success of these policies and economic goals. However, it is not the economic and regulatory factors alone that have limited success; it is also the policies themselves that pose challenges. Automotive polices place limiting covenants on automakers that lift the business case for establishing assembly facilities in the said country. Due to the fact that a number of countries have enforced these policy stipulations, the combination of high initial investment cost and concern for small new car market size, the sustainability and viability of these policies is being questioned.

Establishment of the AAAM

In response, the African Association of Automobile Manufacturers (AAAM) was established to assist countries wishing to participate in the automotive value chain. The association consists of senior management with representation from the South African divisions of BMW, Ford, General Motors, Nissan, Toyota and Volkswagen. The Association engages with African governments and automotive bodies to enhance sustainability and the working environment for the eventual growth and success of automotive markets in Africa.

As a consequence of these challenges, Egypt is currently developing an alternative approach to revitalising their automotive assembly sector. As the new vehicle sector shows a strong resurgence following the Arab Spring, the government is looking to benefit the wider economy from this trend. In a repeat of the 1960s, the government is aiming to invest in and engineer an entirely new Egyptian vehicle for Egyptians. The plan aims to ultimately produce 1 million units annually. The policy is at an early phase and time will tell whether it reaches consensus among policymakers.

Although the African new vehicle sector is facing a number of challenges, various developments will facilitate the wider recovery toward 2020. The recovery is expected to show slow growth initially, but is anticipated to benefit the wider supply side of the economy, which will enable sustainable growth in the coming decades.

Opel has a product onslaught planned for 2017 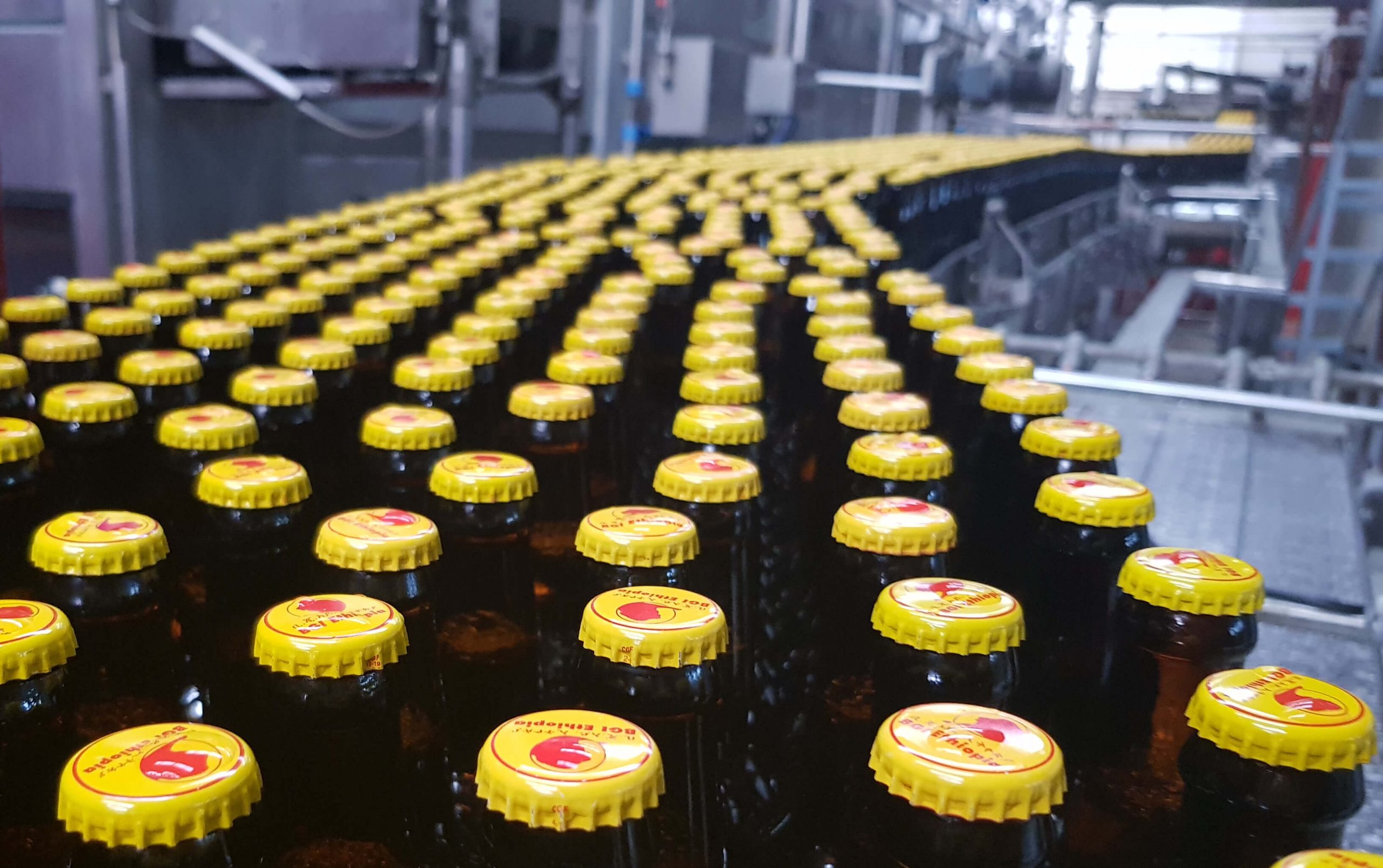 Montelektro, a leading system integrator in the brewing industry, and 8Sigma, a premium MES provider delivered solution KegTNT (Keg Track&Trace) to a brewery in Addis Ababa.

KegTNT is a software solution that tracks kegs throughout their life stages while inside the brewery and within the whole supply chain.

In addition to the mentioned brewery, during 2021, KegTNT will be implemented in two more breweries owned by the same company, BGI Ethiopia, whose long brewing tradition dates to the first half of the 20th century. The BGI Ethiopia’s owner is French Castel Group, one of the largest African and among the world’s ten largest beer producers.

The Ethiopian customer required a new, modern solution that will enable them to better manage its keg fleet, reduce costs related to the ownership of kegs, improve quality control, ensure better maintenance supervision, and to prevent possible keg losses.

Montelektro and 8Sigma’s scope of supply included the implementation of KegTNT solution that collects and saves all the data about kegs’ lifecycle, tracking it by using the RFID technology.

Its main purpose is to provide real-time tracking and traceability of each keg in the fleet, and better maintenance and quality control.

The scope also included a tablet application for tracking operations inside the brewery and a smartphone application for the sales agents. From now on, maintenance, laboratory, and warehouse staff can use tablets equipped with an RFID reader to manage everyday tasks related to the keg fleet. Sales agents can also report, track, and resolve all complaints through the application on their smartphones. All information is available in real-time, so staff can react immediately and identify potential problems even before they happened.

Within this project, KegTNT was also integrated with a keg filling plant (capacity of up to 900 kegs/h) that is fully automated and robotized. This integration enables the brewery to automatically collect and analyze data about kegs’ filling, like production rates, reject rates, downtimes, and other elements required for an efficient production.

These features of KegTNT should help BGI Ethiopia not only to improve resource utilization and the management of keg fleet, but also to preserve its good reputation and a desirable market position.

“Last year was very challenging for the whole world. The brewing industry, just like all others, was in turmoil. We are satisfied because we have managed to conclude the project in one of the three contracted breweries in the circumstances of travel restrictions. On this occasion, we would also like to thank Montelektro for their trust and partnership on another project we have successfully delivered together.”, said Vladimir Lukić, director at 8Sigma.

Apart from the mentioned project, 8Sigma and Montelektro continue to cooperate. The most important common project is the development and implementation of MES (Manufacturing Execution System) solution for the brewing industry, named BeerVision.

BeerVision schedules, tracks, and manages all production activities inside a brewery, from raw materials to the finished product – beer.

During production, this Industry 4.0 solution collects and analyzes data about the brewing process in real-time and provides fully integrated data for all operational activities. It connects and integrates the process control system (PCS) with Enterprise Resource Planning (ERP).

With BeerVision, companies can make decisions faster and easier and manage their businesses much more efficiently. It also helps them improve their product quality and reduce costs.