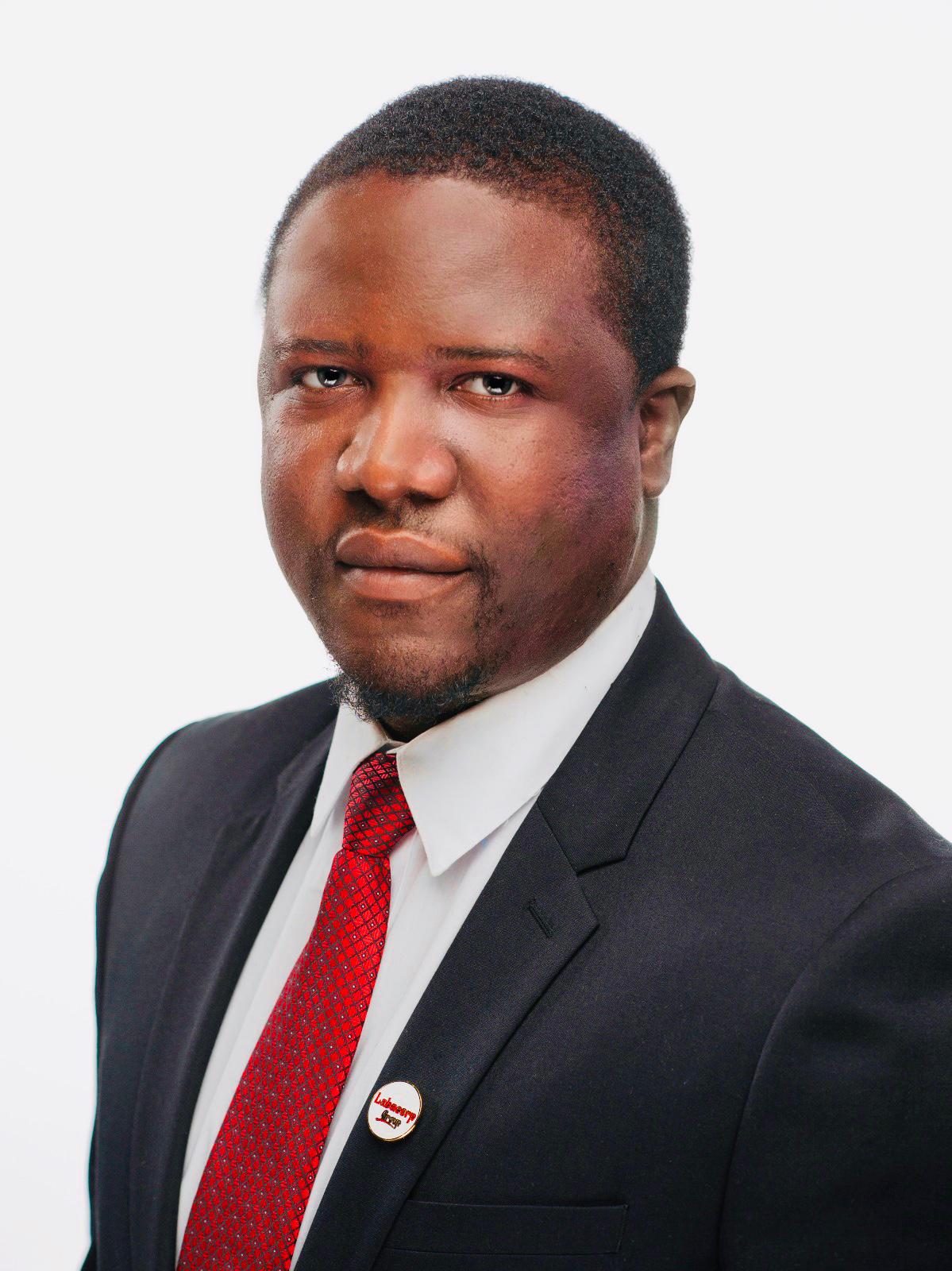 Bako Ambianda is the Founder, Chairman, and CEO of Labacorp Group of Companies (LGC), a dynamic diversified holding company with a portfolio of businesses and strategic investments in key sectors. He serves as the President and CEO of Labacorp Energy Limited (LEL), an indigenous oil and gas company with operations in the energy, mining, and power generation sectors primarily in Cameroon with extended operation’s in international markets.

A versatile and innovative entrepreneur, Mr. Bako also serves as the President and CEO of Labacorp Power Company (LPC), an independent power producer and renewable energy development company. He is also the Managing Partner of Labacorp Investments SARL (LIN), an acquisitions and investment management firm dedicated to African markets.

Well-known and respected as an International Development Expert, with the ability to assemble business and government leaders. Mr. Bako is the Founder, Chairman & CEO of ATIGS Group, Inc (Africa Trade & Investment Global Services), a trade promotion, project facilitation, and development company, that offers full spectrum of consulting and business development services to companies looking to expand or establish their operations in African markets. Mr. Bako is the creator and leading proponent of the “Afridevelopism” economic concept, and an active player in activities pertaining to trade, investment, and economic development in Africa. He is an indisputable powerful connector who has a strong track record of operational excellence, with an extensive global network.

He has been quoted many times in media, and received several honours and awards for catalyzing significant development initiatives to name a few: In 2019, he featured in the official African Union (AU) Invest in Africa Magazine as an African Diaspora that is playing a leading role in contributing to the development of Africa, and the magazine was distributed to the office of all African heads of state. He received the 2019 Africa SME Development Award by Africa Business Portal (ABP).

In 2018, Mr. Bako was named one of the Most Influential People of African Decent (Under 40) by MIPAD, and he also received the 2018 Global Business Disruptor Award by Professional Association of Young Africans (PAYA) in Texas. In 2018, Mr. Bako made history in hosting the Africa Trade & Investment Global Summit (ATIGS), the premier Africacentric business event held in the United States in 2018 at the Ronald Reagan Building and World Trade Center,Washington DC with over 2,300 high-level delegates from 92 countries.

The event also featured on the Nasdaq Tower,Times square, New York, the most valuable advertising spaces in the world. The ATIGS event which he founded in 2015 is a leading prestigious biennial Africa-global business conference and exhibition. In 2018, Mr. Bako hosted the first ever Africa House at the International South by Southwest Festival in Austin, Texas. The event was powered by Africa Worldwide Alliance Partnerships (AfriWAPA), an initiative which he founded in 2017 to help African enterprises of all stages build their brands at mega international shows.

In 2012, he founded Bako Ambianda International (BAI), a professional development organization that focuses on unlocking the potentials of young professionals globally. Through BAI, he lunched The Bako University, to mentor, train and coach young professionals. Mr. Bako has spoken at several universities and authored six books on economic development and personal development including ‘Destined to Win In the Game of Life” “Ingredient to Uplift Your Journey”, “Who’s in Your Ears”, “Invest in Your Mindset”, “The Unstoppable Warrior” “Bako Nine Wisdom Keys” and “Fueling Africa’s Economic Development”.

Mr. Bako holds a BSc degree in Civil Engineering from the University of Texas at Austin, with advanced professional certificates in international development, strategic project management, and economic diplomacy. He is a global citizen, born and raised in Cameroon, Africa, and based in Houston, Texas (USA).

The Entrepreneurial Skills No One Can Teach You 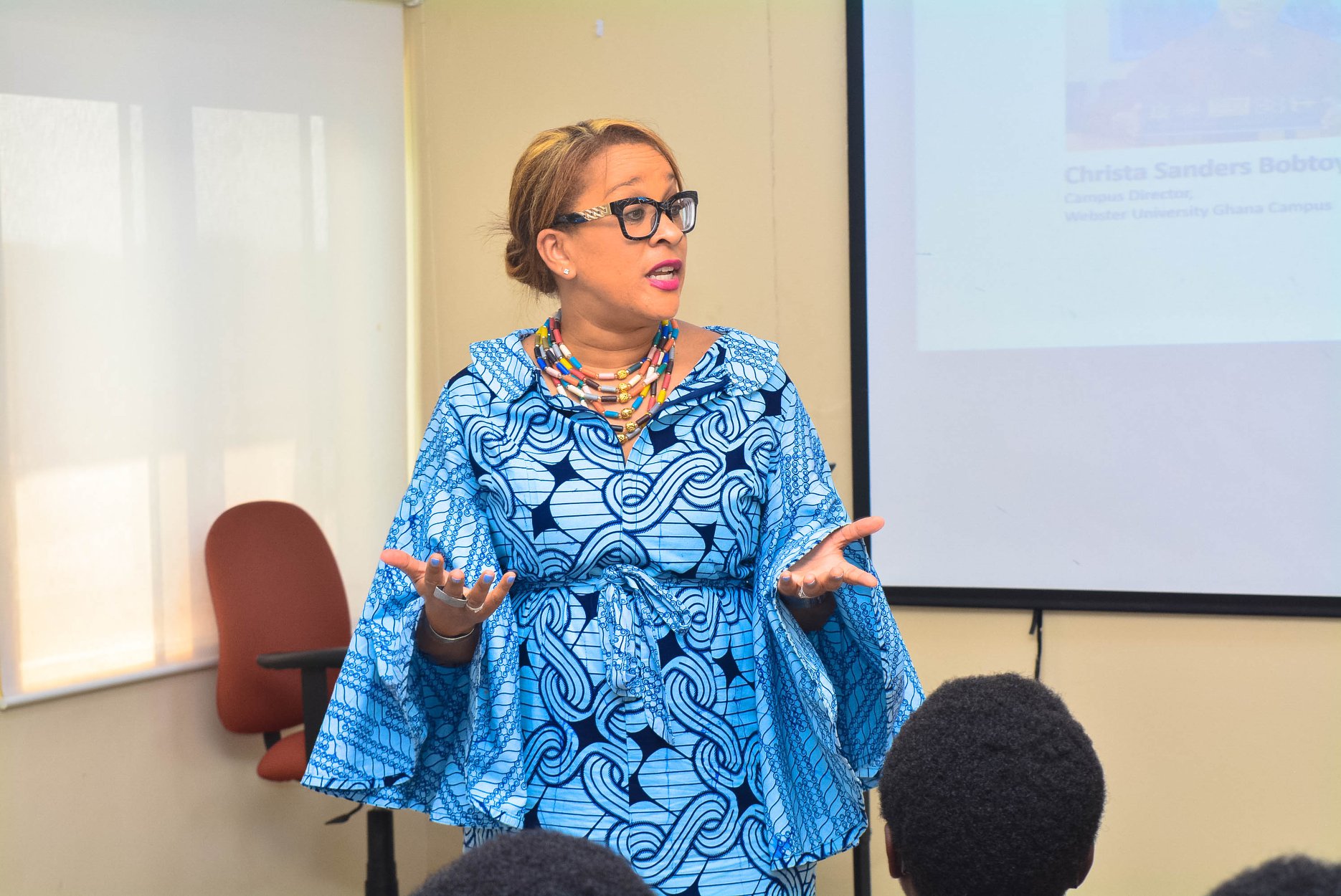 Christa Sanders Bobtoya has been involved in the field of international education for the last two decades. She has lived in Accra, Ghana since 2004 and is currently the Director/Head of Webster University’s Ghana Campus, the only American university in the sub-region offering US-accredited graduate and undergraduate degrees. Sanders Bobtoya spent her first decade in Ghana as the Associate Director of New York University’s (NYU) 6th global site and the university’s first study abroad program on the African continent.  As the head of Webster Ghana, she works daily to fulfill the University’s mission of providing high-quality learning experiences that transform students for global citizenship and individual excellence.

“I have always been passionate about education, international travel and intercultural experiences.  In my role of Director of Webster University Ghana Campus, I am able to fuse together all of my passions where I work daily to fulfill the University’s mission of providing high quality learning experiences that transform students for global citizenship and individual excellence,” says Sanders Bobtoya who is committed to promoting international educational opportunities to students worldwide and has worked and studied in Spain, Germany, Ethiopia, Ghana, Brazil and the United States.

Sanders Bobtoya has traveled extensively across 5 continents, spanning 85 countries dedicating much of her career to the field of higher education and managing study abroad programs as well as international branch campuses of US institutions both in Europe and Africa.

Previous experiences have included a role as a Program Officer for the Institute of International Education (IIE) in New York where she managed a range of scholarship programs for both Latin American and African students through the Institute’s Scholarship and Training Programs (STP) division and as the Chief Counselor of Students for Syracuse University in Madrid, Spain where she also co-founded a support organization, Voices of Change, to help students of color cope with discrimination outside of the United States.  Additionally,  Sanders Bobtoya has provided cross-cultural counseling services in Berlin, Germany and developed short-term, faculty-led study abroad programs to both Eastern and Western Africa for Virginia Union University in Richmond, Virginia, and has consulted a number of educational institutions focused on international educational initiatives such as Stanford University, Dartmouth College and the Council of International Education (CIEE), the world’s largest international educational exchange organizations.

Currently, in the role of Director/Head of Webster University’s Ghana Campus; the only American university in the sub-region offering US-accredited graduate and undergraduate degrees, Sanders Bobtoya works daily to fulfill the University’s mission of providing high quality learning experiences that transform students for global citizenship and individual excellence.

“Under my leadership at Webster University Ghana, students are exposed to new ways of thinking and benefit from the cultural diversity and enriching academic environment that strengthens their critical-thinking skills. Since opening our doors in 2014, we have enrolled both undergraduate and graduate students from over 25 different countries, spanning four continents including many from Africa and its Diaspora who later join Webster’s elite network of over 157,000 alumni worldwide,” adds Christa Sanders-Bobtoya who holds a Bachelor’s degree in Psychology and Spanish from Spelman College in Atlanta, Georgia where she graduated summa cum laude before completing her Ed.M and M.A. degrees in Counseling Psychology with a concentration in cross-cultural studies/multiculturalism from Columbia University in New York. 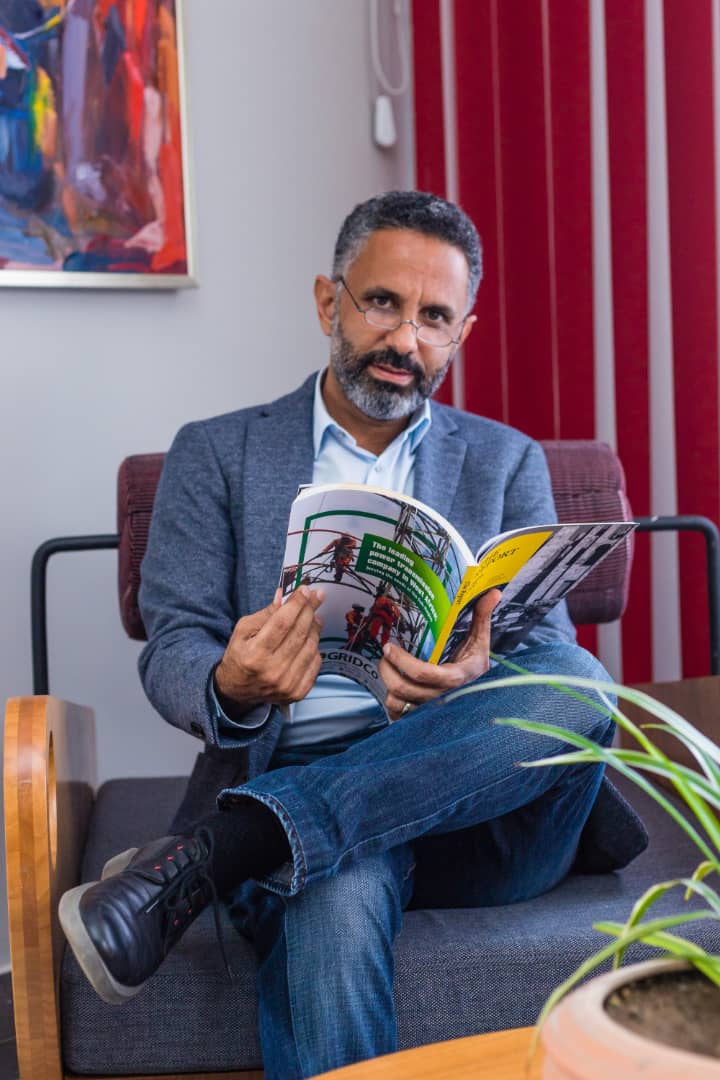 Hussein Fakhry, the Co-Founder, Managing Director and Lead Architect at KEY
Architectural Group has been identified as one of the most outstanding chief executives in
corporate Ghana by Ghana Industry CEO Awards.

The 2020 Ghana Industry CEOs Awards is an annual awards scheme aimed at identifying and
publicly recognizing the most outstanding Chief Executives in corporate Ghana across a wide
range of sectors.

Backed with a Master’s in Business Administration and over 24 years of experience in the Design and Construction Field, the architect by profession and passion has been behind landmark residential, commercial, touristic, and industrial projects in West Africa and Lebanon.

Botha was formerly CEO of life insurer Stangen for nearly seven years, having previously held executive positions at African Bank and Munich Re.

Botha holds an honours degree in actuarial science and an M.Phil in Futures Studies.