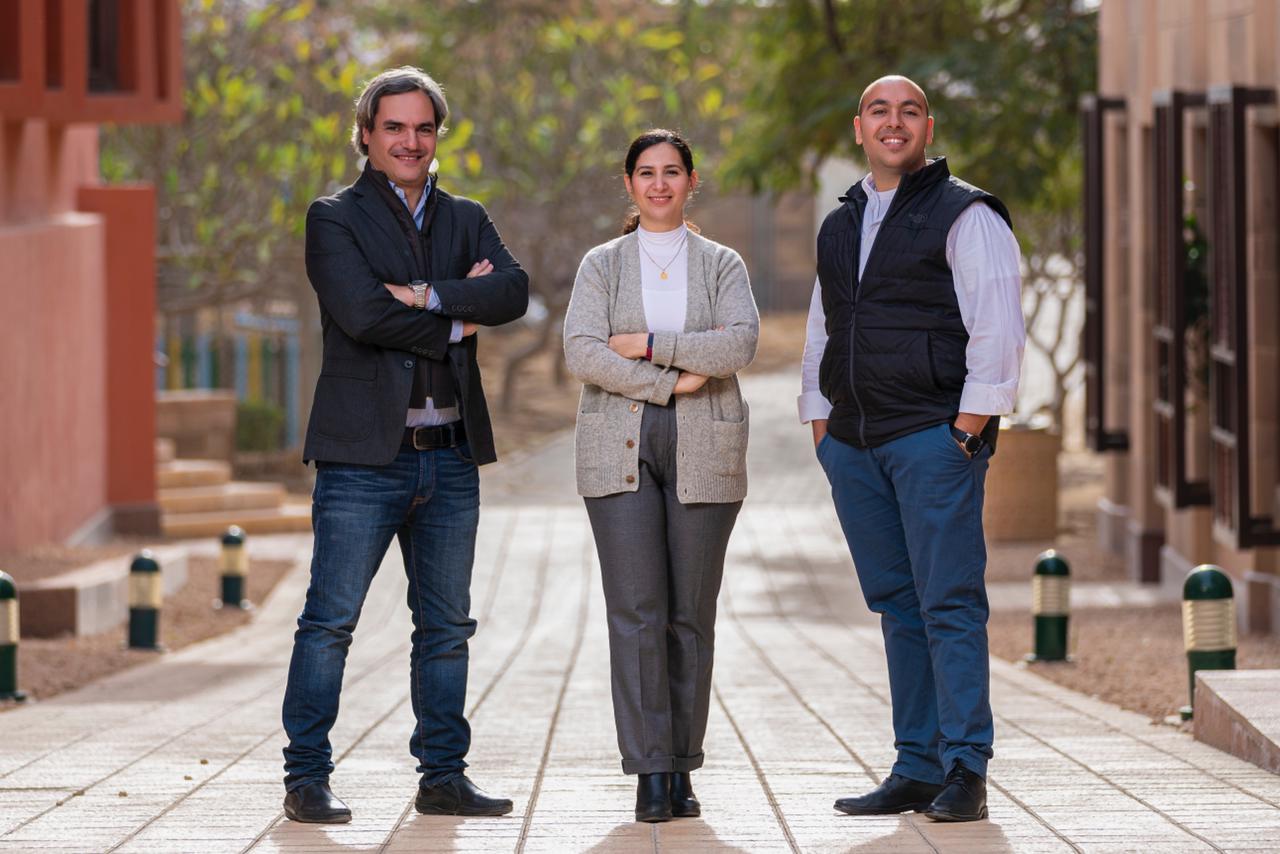 CreditFins, a Credit Card management and financial wellness startup and the first of its kind in the Middle East and North Africa(MENA), closed a pre-seed round of investment led by Flat6Labs, AUC Angels, and TA Telecom Holding. Other Angel Investors with backgrounds in technology and investment participated in the funding, which CreditFins is deploying towards developing the product and acquiring users.

“Credit Fins has developed a cutting-edge financial technology solution to alleviate bank customers’ financial struggles, kicking off in Egypt and expanding to new markets. Add to that their solid founding team who continue to grow their business, is a sure recipe for success. Flat6labs is proud to be part of their success journey.” said Albert Malaty, Managing Director of Flat6Labs Cairo Seed Program.

CreditFins helps users repay their Credit Card debt while saving money. It is a cheaper, more convenient solution for debt repayment through fixed, lower monthly installments as part of a plan that can be easily tracked. CreditFins’ customers save 20-50% of the interest they would have paid with their bank.

“CreditFins stood out amongst their cohort because of a clear strength in the team. The diversity in their experience, and their resourceful approach to addressing the problem they’ve identified, was apparent to investors. We look forward to witnessing the growth and pivots they will go through in their mission to empower their user base through enhanced financial tools.” said Mariam Kamel, Manager of AUC Angels.

As total outstanding credit card debt in Egypt stood at more than $2 billion as of 2019, CreditFins is on a mission to grant its customers financial freedom. CreditFins is aware that falling into the vicious debt cycle is due to inaccessibility of information and lack of awareness, a gap the startup seeks to fill.

The startup is actively working to launch “CreditFins Alpha” card, introducing more features to its solution, as it strives to make its credit card management platform more compelling and to widen its customer base.

“Credit card debt is a moving target that’s hard to settle. At CreditFins, we work with our customers to settle the debt they have in a faster and cheaper way, along with providing them with financial information and empowering them with the right tools to be financially liberated” said Sherif Radi, co-founder and CEO of CreditFins.

The company is founded by a team with extensive experience in innovation and product building. Co-Founder and CEO Sherif Radi has over 17 years of experience in innovation strategy. As former CEO of TA Telecom, his work focused on innovation, customer-centric solutions, and building new products. Co-founder and CPO, Gamal Sadek, is a tech-entrepreneur with over 11 years of experience in entrepreneurship, during which he co-directed the Founder Institute chapter in Egypt and co-founded Bey2ollak, Egypt’s number one mobile app for crowdsourcing traffic information used by over 1.3 million commuters in Egypt.

Co-founder and CCO Norhan El Sakkout, was previously an investment associate at LimeVest Partners and Beltone Private Equity, having worked at Endeavor Egypt on accelerating high-impact SMEs, then at TA Telecom; she brings the know-how in investment, finance and business continuity. 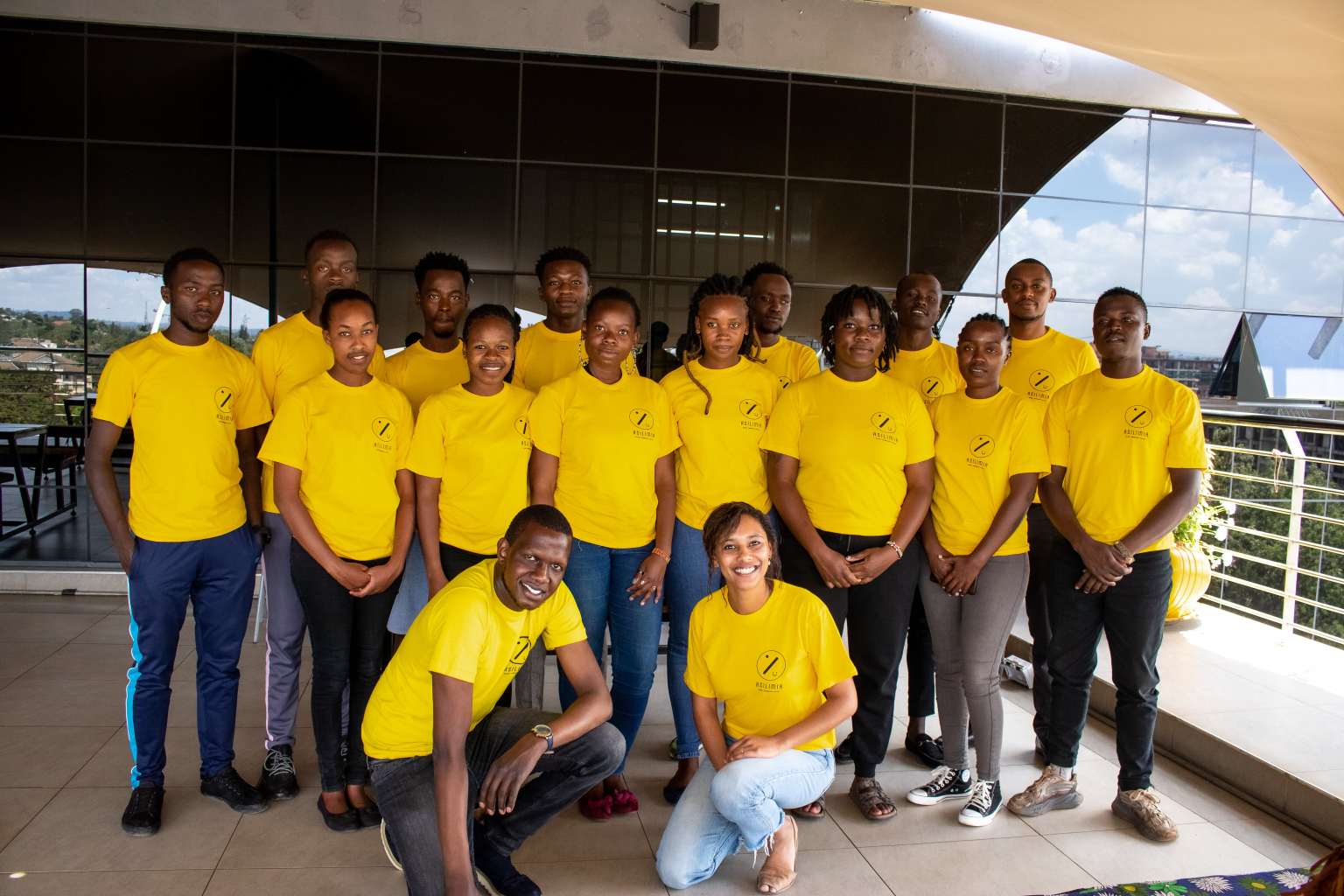 Asilimia, a startup that is building the digital infrastructure to connect African MSMEs to the formal financial economy, has secured $2 million. To grow its team, deliver new services and expand into new markets in East Africa. The startup raised $1 million in pre-seed funding from a wide range of investors, including two-time unicorn founder, Fredrik Jung Abbou (co-founder of Kry and Lendo), Norrsken Impact Accelerator and other prominent founders from across Europe.

It also raised $1 million in a debt round that included Bpifrance and GreenTec Capital Partners. The pre-seed funding will support team growth and expansion while debt funding will enable Asilimia to extend credit to MSMEs, providing much-needed financing to help them scale their businesses.

Asilimia is on a mission to build the digital financial infrastructure of Africa’s highly fragmented and paper-based informal economy, and address the $360 billion credit gap that is impacting the continent’s 150 million MSMEs. Despite contributing approximately 38 percent of Sub-Saharan Africa’s GDP, lack of consolidated data means MSMEs are considered as high risk, leaving them locked out by traditional financial institutions.

And even in a country like Kenya that has a higher financial inclusion rate than most of the continent due to the advent of M-Pesa, most MSMEs still use pen and paper to record their transactions, and 30 percent of their profit is spent on mobile money transaction fees.

Asilimia has built an affordable and easy to use digital platform that formalises payments, revenue collection and accounting for business owners. Making it easier to monitor their business activities in one place. Using just their mobile phones, business owners can record their expenses and sales. Track pending payments and gain financial insights through a simple dashboard that is more efficient than using pen and paper. They can also connect their personal mobile money accounts and save up to 90 percent on transaction fees.

This consolidated and verifiable business data de-risks business owners. Making it easier for them to access a range of financial services, including insurance, savings and loans to meet their specific needs, accelerate their growth and support development in their communities. The startup is growing at 30 percent week on week, and the app is used an average of 90 times per month per customer.

According to Tekwane Mwendwa, CEO and co-founder of Asilimia, “Africa’s informal businesses are the backbone of its economy and we want to unlock their GDP to drive further growth and development across the continent. Our focus over the last few years has been to build a solution that works and this new funding will enable us to take it into new markets and impact the lives and livelihoods of more business owners.”

Asilimia was founded by Tekwane Mwendwa and French entrepreneur Morgane Kablan to build the first financial infrastructure of the informal economy in Africa. The startup was incubated in the prestigious Station F programme in Paris. And it has also been through the Norrsken Impact Accelerator programme.

Funda Sezgi, co-founder and Managing Director at Norrsken Impact Accelerator said, “MSMEs play a vital role across Africa and making it easier for them to succeed is great for the continent as a whole. Tekwane and the team have built a solution that works and we are delighted to be supporting them as they drive prosperity in a key sector for the African economy.”

António Henriques da Silva: The right time to bet on Angola is now 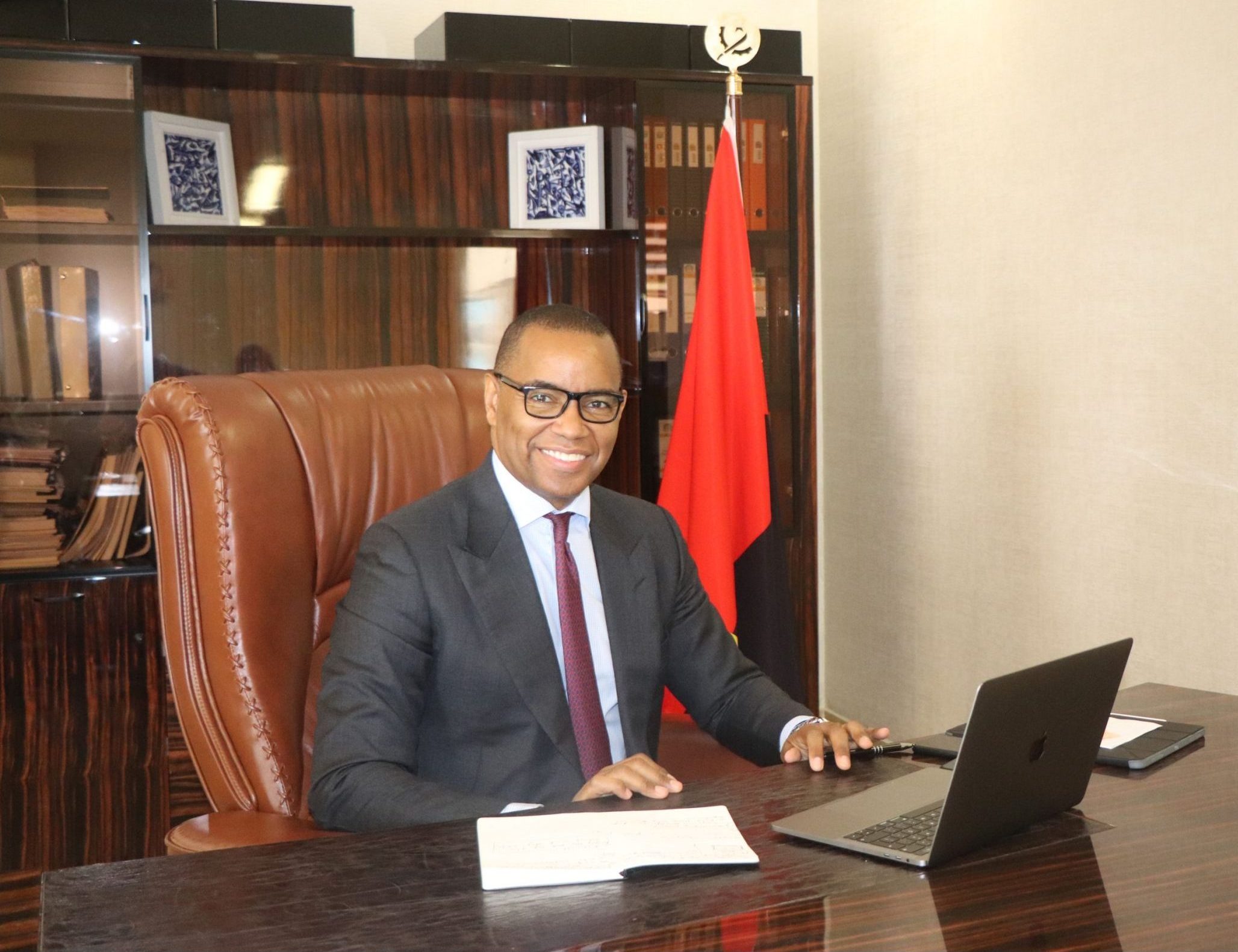 The Republic of Angola has always generated enormous interest from investors in all sectors all over the world. However, recently the economic changes caused by the sudden drop in oil prices and the devastating effect of the Covid-19 pandemic on world economies, many people are questioning whether the Angolan market is a safe bet to make their capital profitable and solidify their entrepreneurial endeavors.

The answer is, undoubtedly, positive.  With the vaccination process enabling effective control of the pandemic in Angola, this is the right time to invest in the Angolan economy. Investors can also leverage the series of assets that will be privatized as it will allow national and foreign investors easier access to a vast range of economic sectors that will generate enormous profitability in the near future. This is based on several factors.

The first is the implementation of a set of economic and social reforms devised by the Executive, whose main objective is to contain the impact of the decline in oil production, mitigating the Angolan economy’s excessive dependence on this sector. Investment priorities are now being directed towards other areas, such as agriculture, agriculture, livestock, mining, energy production and water supply, as they are fundamental to achieving economic sustainability. This strategy has been generating progressive growth in the non-oil sector’s GDP and according to international rating agencies, this will lead to real growth of  2.9 per cent to the Angolan economy by 2023.

President João Lourenço’s reforms include a fight against corrupt practices that had taken root in some fringes of the public administration. The business environment is now much more transparent and facilitates investment and entrepreneurship and this has also been recognized by the IMF, international political leaders and non-governmental organizations who address this issue. This is further evident in the Republic of Angola’s rise in the rankings of the International Transparency Index.

The disastrous effects of the pandemic have accentuated the need to diversify the Angolan economy with a more intense focus on non-oil sectors. Economic reforms became even more effective with the new Private Investment Law of 2018, which placed all investors, national and foreign, on the same level, with the same access rights to tax incentives and financial support. Even the sensitive issue of capital repatriation is safeguarded by this law, as it guarantees foreign investors the right to transfer dividends or other direct investment income abroad. And since 2020, the import of capital from foreign investors who intend to invest in Angolan companies is exempt from licensing by the Angolan central bank.

The  ZEE’s management ensures the highest international standards and, it is without equal on the African continent. This is evident in the wide range of services on offer including, the provision of public transport to all employees, waste collection,  a reliable supply of fuel, water and electricity, and a secure connection to a state-of-the-art fiber optic network.

With the privatization program of state assets in full development, many of which are located in the industrial perimeter of the Luanda-Bengo Special Economic Zone, the Republic of Angola has the necessary conditions to receive foreign direct investment to diversify the economy, increase domestic exports, reduce dependence on external markets and foster job creation. The ZEE  is working towards building an economy capable of sustainably developing a GDP that is not based on an excessive dependence on oil.

Yes, have no doubts. Now is the right time to invest in Angola!

Article By: António Henriques da Silva will be speaking at the 6th Annual Meeting of the African Economic Zones Organization (AEZO) on 25 November 2021, in Accra, Ghana. 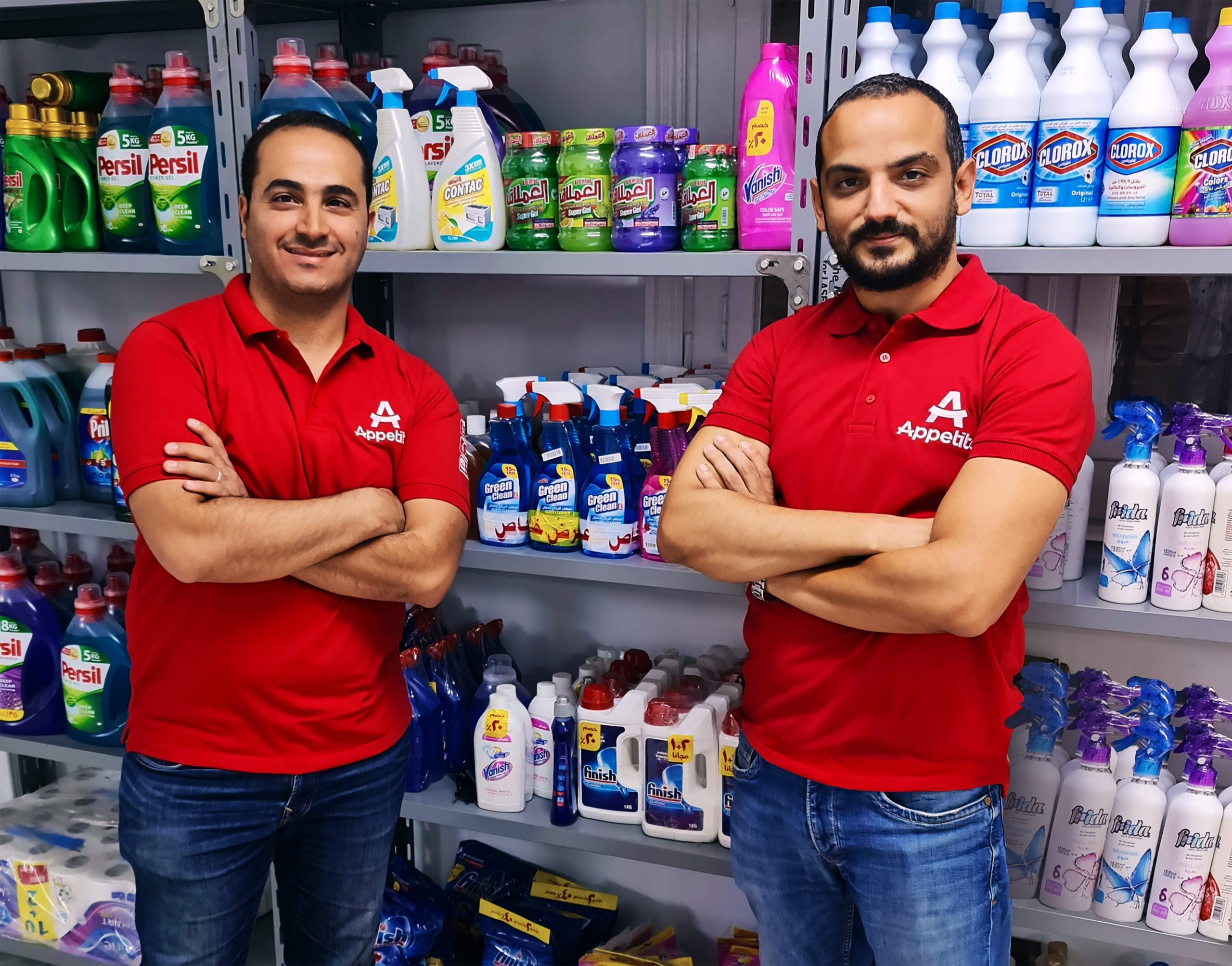 Cairo-based Dark Sore Grocery Delivery startup Appetito, has raised $2M in its latest funding round.  The Pre-Series A round was led by Jedar Capital, a US based early-stage VC focusing on MENA and Emerging Asia. With additional participation from Golden Palm investments, DFS Lab and a group of prominent angel investors and family offices. Some of which had previously invested in similar grocery startups namely Jiffy in U.K and Chaldal in Bangladesh. The company had previously raised a seed round of almost $500k earlier in April.

The company currently operates 7 dark stores in Cairo and plans to expand to 150 stores by 2024.

Commenting on the size of the opportunity, Founder and CEO Shehab Mokhtar said “The grocery retail market size in Egypt is valued at $60 Billion. The fact that 2% of it is currently online, creates a massive opportunity for growth betting on the younger generations as 50% of the Egyptian population are below the age of 25 years.”

“I am happy Jedar Capital is leading the current round after participating in Appetito’s previous Seed round. In the past 12 months, I was amazed by how Shehab managed to build an A-plus team and created a great company culture. That pushed Appetito the past 12 months to grow significantly more than 10X in terms of number of orders and revenue. Quick commerce/fast grocery delivery business model has been gaining ground regionally and globally. And I look forward for Appetito’s next phase as they expand to cover more areas in Egypt and start planning for regional growth.” – Sherif Nessim, General Partner at Jedar Capital

“As the global trend toward contactless, instant, and personalized consumer goods continues to accelerate. Appetito is providing the Egyptian market with a differentiated grocery e-commerce service. Shehab and team are the first digital grocery service to utilize the “dark” store model for hyper-local delivery directly to consumer doorsteps. Golden Palm is thrilled to support Appetito’s innovative approach to owning the supply chain and guaranteeing item availability for consumers.” – AJ Okereke, Partner at Golden Palm