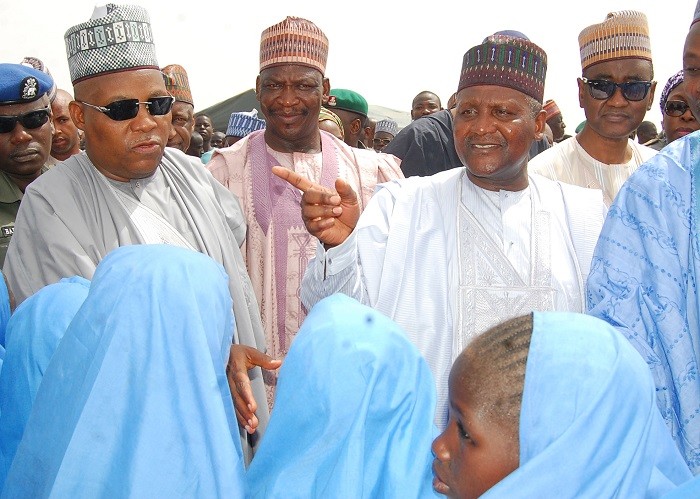 Dangote was the announced overall winner among 25 Nigerian and multinational companies functioning in the country, scoring 6.3 per cent, followed by Nestle with 5.51 per cent and Etisalat with 5.45 per cent.

Others included Cadbury (5 per cent) and Glaxo (4.89 percent), as fourth and fifth companies, while Dana, Multichoice and Arik were among companies with the worst reputation in business and services during the year.

GAIN’s corporate survey coordinators, Malcolm Fabiyi and Adeleke Otunuga, said results were tracked across five broad categories, including perceptions of community “give back” and engagement, ethical conduct, quality of products and services, brand appeal and reputation.

Apart from CSR, the other categories covered by the survey included ethical conduct, quality of products & services, brand appeal and reputation.

Under CSR, the survey measured the extent of commitment of firms with communities they sell to and operate from as well as how they function as responsible corporate citizens, by giving back to the people.

Giving back to the community involves either funding community skill development centres, donation of drugs, provision of basic infrastructure, scholarships and educational endowments, among others.

The result showed Dangote as the leading CSR firm, with 8.78 per cent score, beating Globacom to second place, with 8.49 per cent. Etisalat ranked third with 6.22 per cent.

Aviation firms, Dana and Arik, were ranked 24th and 25th, the lowest in this category, with 2.05 per cent and 1.51 per cent respectively.

Multichoice, Airtel and Arik were the three firms with the worst ethical compliance.

On quality of products and services, Dangote was again selected as the best, with 4.05 per cent of respondents’ votes, followed by Cadbury (3.98 per cent) of the votes and Nestle with 3.66 per cent.

The bottom of the pack were in this category were Dana, Multichoice and Arik.

Among the companies with the worst reputational problems, Arik was reputed to be the most notorious, with 13.08 per cent votes, followed by MTN (10.95 per cent), Multichoice (10.17 per cent), Dana (7.35 per cent) and Airtel (6.03 per cent. On the other hand, Unilever, Honeywell Group and PZ Cussons were adjudged the top three most reputable firms in Nigeria during the year.

“There seems to be a crisis of reputation and a lack of impactful community engagement by firms in the Nigerian aviation industry,” Mr. Fabiyi said.

He observed that the two aviation companies -Dana and Arik – featured on the list of 25 firms used for the survey were among the bottom three companies in the overall rankings.

With the current recession negatively impacting operations of the airlines, resulting in some international carriers suspending operations in Nigeria, Mr. Fabiyi said the outcome of the poll reflected some of the economic challenges the aviation sector was facing.

The telecommunications sector appears to be doing well in the area of CSR, with three firms operating in the sector (Globacom, Etisalat and MTN) making the top five in the category.

The next phase of the survey is expected to include select top performing organizations in the financial sector.