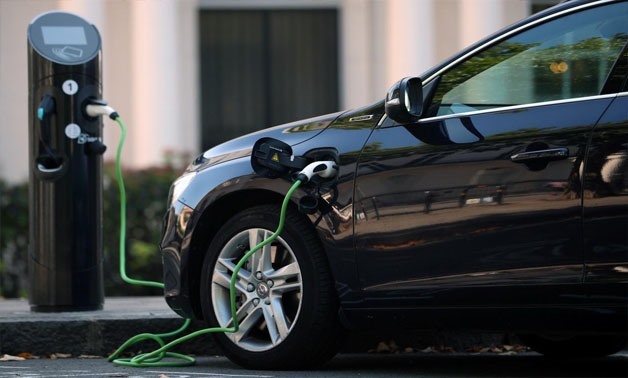 A Volvo hybrid car is seen connected to a charging point in London, Britain September 1, 2017. REUTERS/Hannah

BEIJING – 27 April 2019: Egyptian Minister of Military Production Mohamed el Assar and Minister of Trade and Industry Amr Nassar attended on Saturday morning the signing ceremony of a partnership agreement with China on joint manufacturing of electric vehicles in Egypt.

The minister of military production said this project will be implemented in Egypt under the aegis of President Abdel Fattah El Sisi upon his directives which are aimed at making these kinds of vehicles to be fully manufactured in the country.

He pointed out to a visit he paid to Foton Motor, during which he made sure that the Chinese company’s factory is capable of fulfilling its obligations under the partnership given its great potentials.