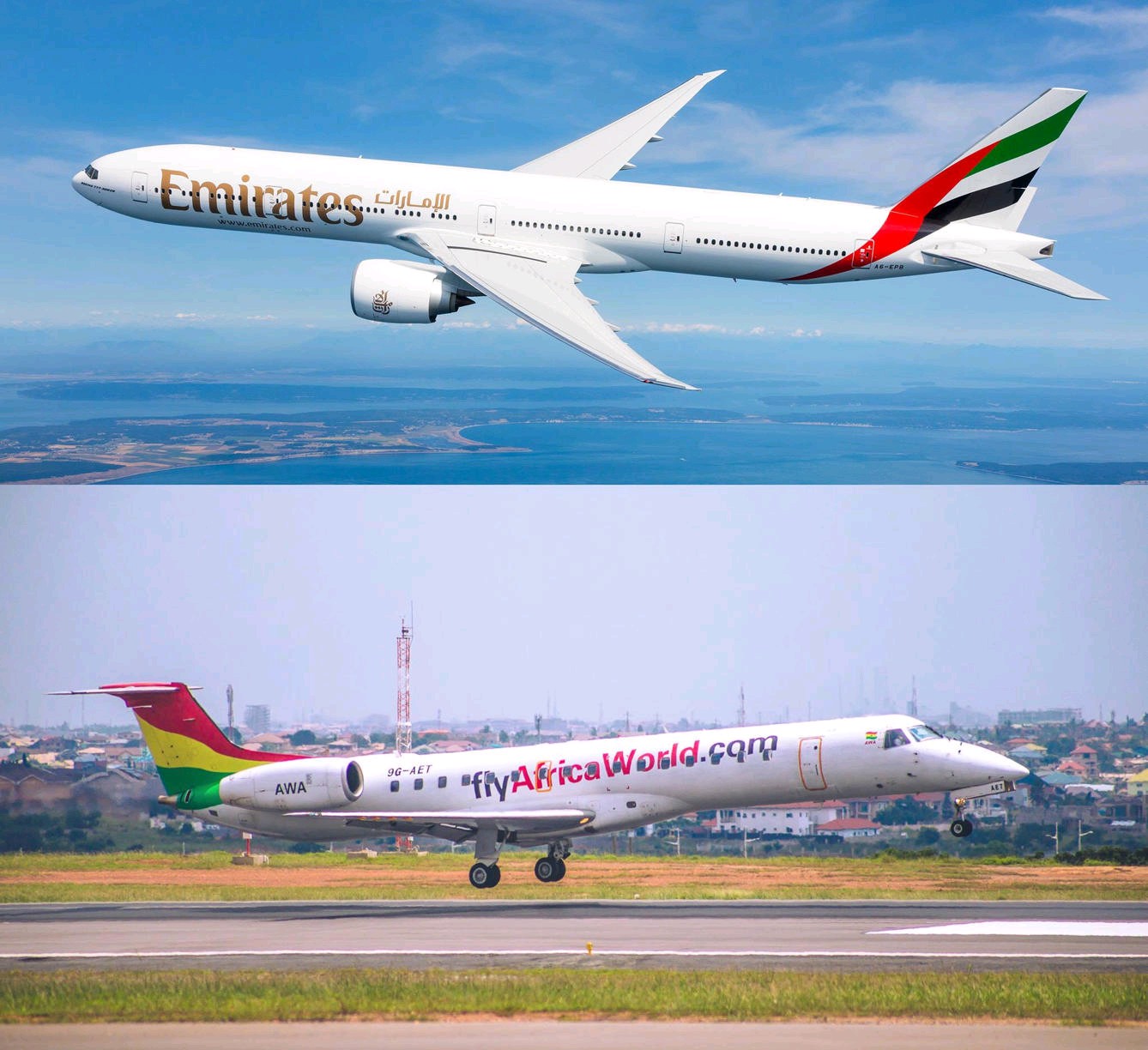 “Africa World Airlines is proud to partner with Emirates in order to connect passengers through  our hub at the new Terminal 3 in Accra. Customers will enjoy seamless connections at the premier gateway to the West African region as a result of this new agreement”, said Sean Mends, Chief Operating Officer for Africa World Airlines.

Passengers on Emirates’ network can now benefit from greater connectivity to West Africa, especially those travelling from popular inbound markets such as Dubai, China, India and Australia who can now connect from Accra onto AWA flights to Kumasi, Tamale and Sekondi-Takoradi in Ghana; and regional destinations Monrovia in Liberia and Freetown in Sierra Leone.

Emirates passengers can choose from seven weekly flights from Dubai to Accra until 2nd of June, 2019, when Emirates will increase services on the route to 11 weekly flights. The agreement with AWA will further extend Emirates’ connectivity from Accra with up to ten flights daily daily to Kumasi, four flights each to Tamale and Takoradi and six weekly flights to Monrovia and Freetown.

Between Dubai and Accra, Emirates operates the Boeing 777-300ER, one of the most technologically advanced and efficient aircraft in the world. The aircraft’s advanced wing design, efficient engine and light structure makes more efficient use of fuel. This means significantly less emissions than similar aircraft, making it one of the most ‘green’ long commercial aircraft types. Passengers in all cabin classes can enjoy Emirates’ award-winning entertainment on ice – the airline’s in-flight entertainment systems that offers 4,000 channels of in-flight entertainment. Customers will also enjoy complimentary beverages and regionally inspired meals, as well as the warm hospitality of the airlines’s multi-cultural cabin crew. Passengers can also stay connected to family and friends during the flight with up to 20MB of complimentary Wi-Fi.

Africa World Airlines (AWA) is Ghanaian airline based in Accra. AWA started opertions in 2012 and now operates a fleet of 8 all-jet aircraft across 8 destinations throughout Ghana, Nigeria, Liberia and Sierra Leone, with services to Cote D’Ivoire planned to commence in May 2019. AWA is the only IATA member airline registered in Ghana, and maintains IOSA certification, the global gold standard for aviation safety. 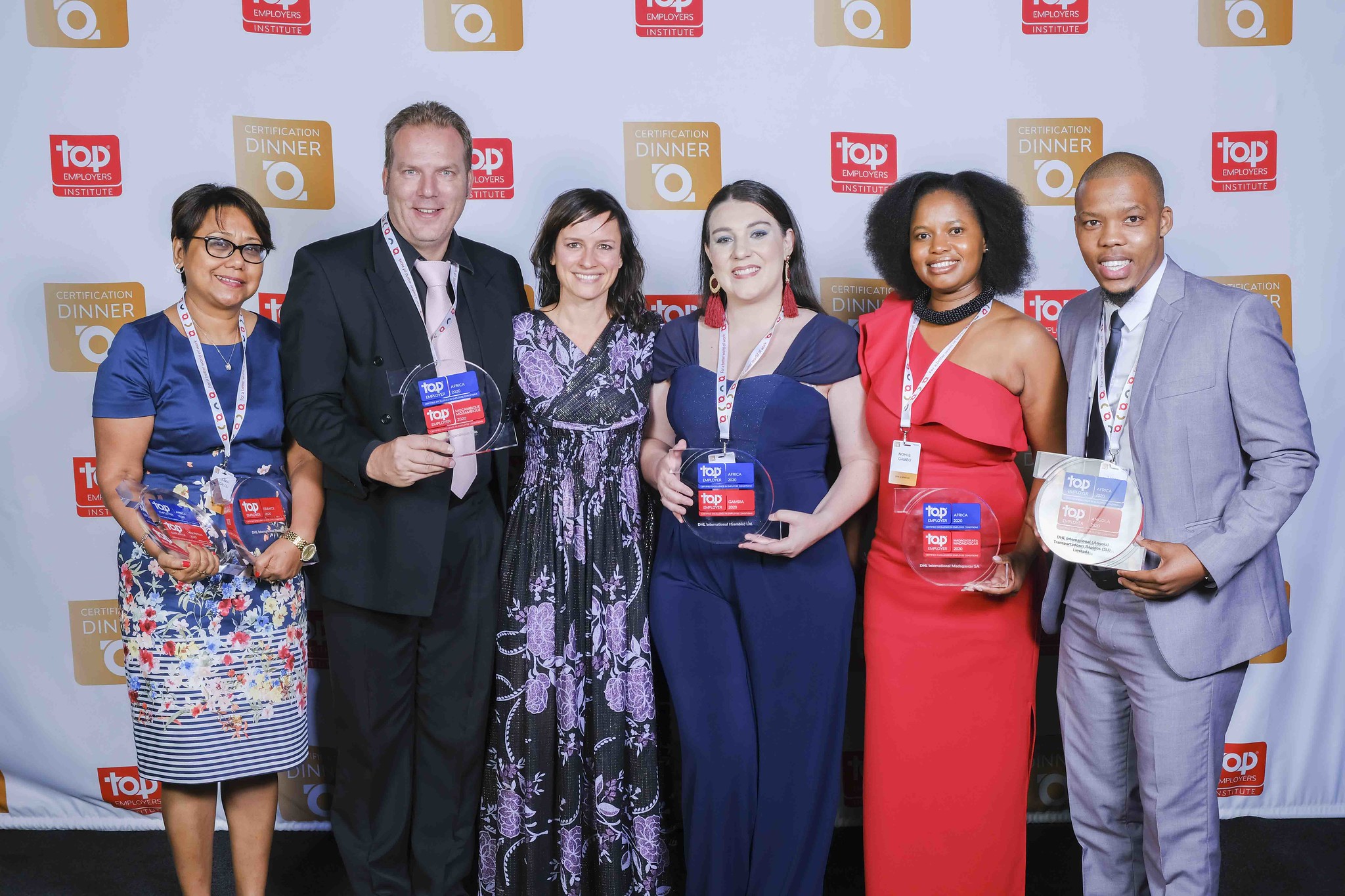 CAPE TOWN, South Africa, November 22, 2019- DHL Express has been recognized as a Top Employer in Africa for the sixth consecutive year by the prestigious Top Employer Africa Institute, highlighting the company’s ongoing commitment to being an employer of choice.

Paul Clegg, VP Human Resources for DHL Express Sub-Saharan Africa, said that being recognised as a Top Employer yet again is a massive point of pride for the company, especially in a year where DHL celebrates its 50th anniversary.

“Having been in business for 50 years is a huge milestone, and we could not have reached our current success without the scores of passionate employees that have dedicated their time and energy to the company over the last half century. With this in mind, we remain committed to investing in our employees, helping them unlock their highest potential well into the future.”

Additionally, DHL Express South Africa has been recognised as the industry leader in South Africa, in the Transport and Logistics sector.

“We view effective employee engagement programs that drive motivation and employee engagement as an integral part of business operations. Not only does it enable us to provide great client service, it helps us to maintain our customer-focused culture across the globe,” he says.

According to Clegg, the business’ use of employee initiatives and programs, including the company’s Certified International Specialist (CIS) cultural change program, has helped to unlock the potential of the company’s employees across Sub-Saharan Africa. “We made the decision some time ago to put strong emphasis on up-skilling and empowering our middle-managers and supervisors, as this rung of leadership is crucial to supporting our growth in the coming years.”

To be certified as a Top Employer in Africa, a company needs to operate in four or more countries and have exceptional employee conditions. The Top Employers Institute conducts comprehensive and independent research by completing HR best practice surveys amongst employees of the relevant companies.

The Top Employers Institute survey assesses human resource strategy, policy implementation, practices and employee offerings to reveal whether the company provides exceptional employee conditions, develops talent on all levels and demonstrates leadership through optimizing the development of its employees and employee practices.

“We are beyond honored and thankful to have achieved this huge milestone once again and we look forward to ensuring that we maintain our focus on attracting, retaining and developing our people across the sub-Saharan Africa region,” concluded Clegg.

Cologne, 11th of November 2019- The logistics start-up Saloodo! today launched its platform for shippers and transport providers in South Africa, bringing the first digital road freight platform to the region. The intuitive and simple-to-use digital solution was first launched in 2017 in Germany and is now also represented in the Netherlands and Poland.

Moving swiftly into emerging markets outside of Europe, the subsidiary of Deutsche Post DHL Group was introduced in the Middle East just six months ago and continues now on its growth path by offering its digital services in Africa.

An efficient road freight network is a key conduit of trade within a geographically wide-spread country such as South Africa but also with 16 landlocked countries within Sub-Saharan Africa (SSA). However, much of the region’s road freight operations remain fragmented and highly traditional, missing out on the visibility, efficiency and security that technology offers.

“After successfully entering the Middle East we have taken the decision to continue on our growth path by expanding to the African continent,” said Thomas Grunau, CEO of Saloodo! “As the world’s youngest continent with 60% of the population below 25 economic decisions and growth are increasingly driven by a dynamic generation of digitally-minded young adults. These are ideal conditions for offering and further developing our smart solution.”

With South Africa as its launch pad into Sub-Saharan Africa, Saloodo! is the first digital platform available in the region that offers a single, simple and reliable interface for shippers and transport providers to best optimize cost, routes, cargo and transit times. Backed by DHL’s global and regional footprint and expertise, all contractual relationships on the platform are organized via the existing local DHL entity, providing trust and peace of mind to carriers and shippers alike.

“With real-time visibility, Saloodo! will inject greater transparency and efficiency to the road network in the region, enabling shippers – from small enterprises and start-ups to large multinational groups – to find trusted and reliable freight carriers in South Africa. This will in turn help carriers manage existing fleets and optimize capacity with full truckload shipments,” added Tobias Maier, CEO of Saloodo! Middle East and Africa.

Also Read: Interview with Badejo Stephen, CEO and Founder of The Removalist Logistics

With a market value of R 121.1 billion (~€7.5 billion) in 2018, road freight volumes in South Africa have been increasing steadily, exhibiting a growth of 5.6% in June 2019 when compared to the previous corresponding period. Equally, intra-Africa exports already accounted for 26 per cent and 12 per cent of South Africa’s 2018 total exports and imports respectively – almost 50% of which are with neighbouring countries in this landlocked region.

Collectively, the service has grown to more than 30,000 shippers and over 12,000 carriers covering 35 countries 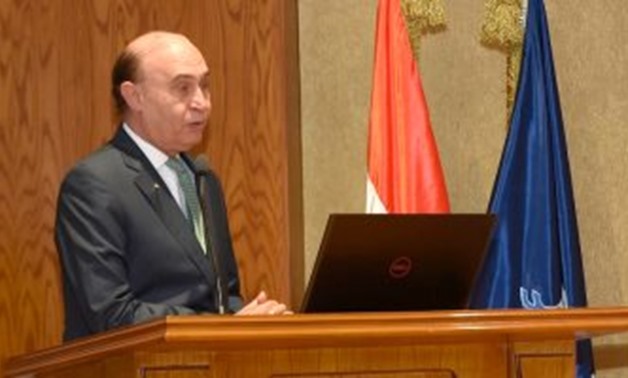 CAIRO – 15 July 2019: Suez Canal Authority Chairman Mohab Mamish stated on Monday that Egypt is preparing to launch shipping lines connecting Egypt with other African states in a move that will serve to boost African exports to all world countries.

Mamish made the announcement when he received a delegation of African media people who are visiting Egypt to learn about the mega and development projects being established in the country.

Later on, a documentary was aired to give an overview on the recent projects accomplished in the Suez Canal Axis. Those include the New Suez Canal, and the SCzone that now houses $20 billion of investments, which are targeted to be $55 billion within 15 years. That is in addition to the inauguration of a vocational training center to qualify labor working in the SCzone plants. The center cost €22 million.

Afterwards, the delegation went on a cruise in Suez Canal and visited the tunnels extending beneath the Canal to connect the eastern and western shores of the Canal.