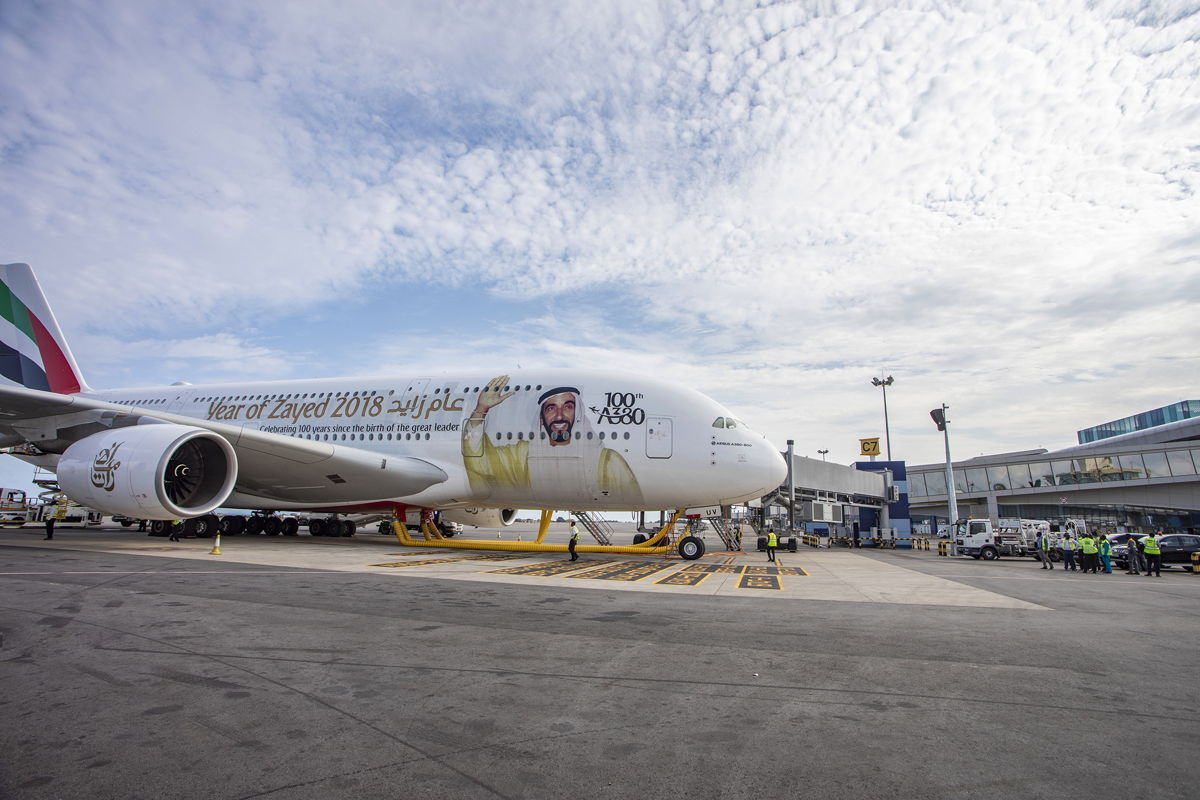 Dubai – 2 October, 2018: The Emirates A380 aircraft made a historic touch down at the Kotoka International Airport’s Terminal 3, as a one-off service to the new terminal. The airline’s flagship double-decker has become the first-ever scheduled A380 service to Ghana, demonstrating the airport’s readiness to accommodate the A380, the world’s largest commercial passenger jet.

Upon landing at Kotoka International Airport in Accra, the aircraft was met with a ceremonial water cannon salute, and the Emirates delegation was welcomed by government officials and airport executives. After a welcoming ceremony, government officials, VIPs, media and members of the travel industry were given a guided tour of the A380 by Emirates cabin crew. 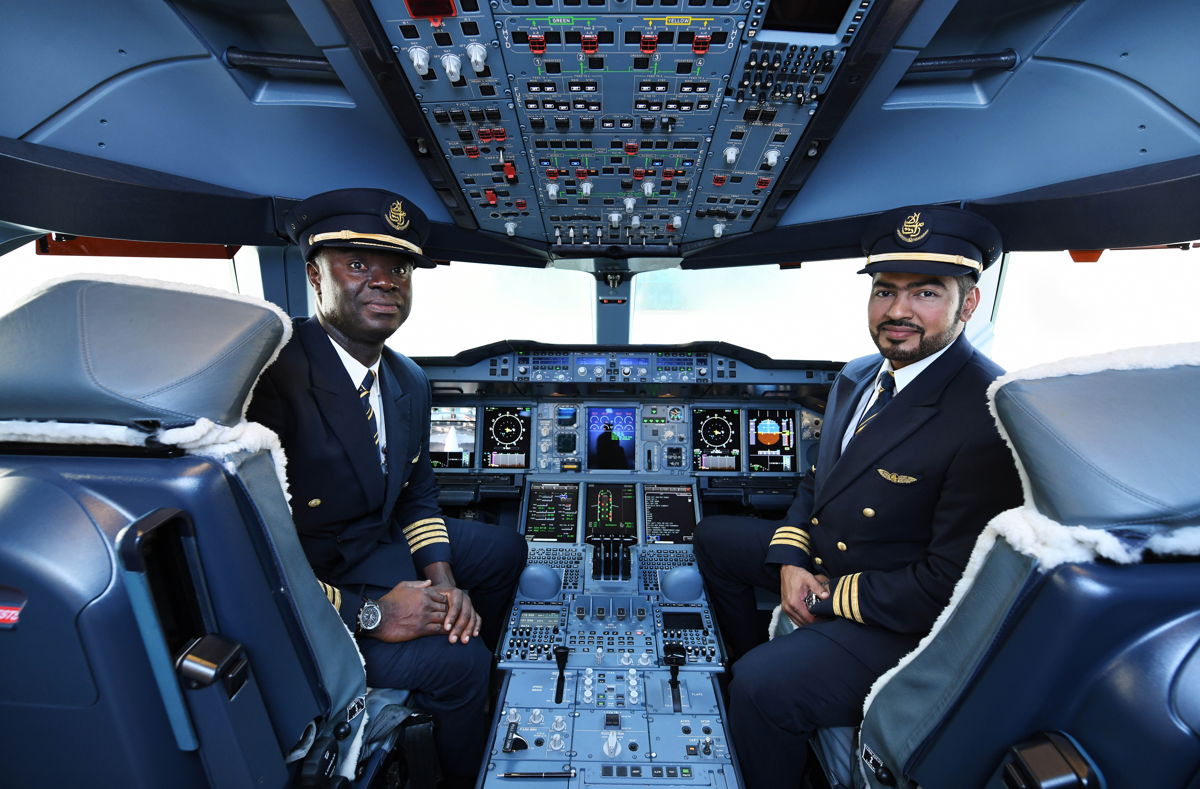 Orhan Abbas, Emirates’ Senior Vice President, Commercial Operations, Africa said: “We are honoured to bring our flagship A380 to the impressive new terminal at Kotoka International Airport, as it demonstrates its full capabilities with the handling of the first A380 aircraft. Accra is an important destination in Africa and we remain committed to providing our customers in Ghana with the world class services we are known for. The Emirates A380 has been at the centre of innovation, and bringing this popular aircraft to Accra is a significant milestone in our operations to Ghana, where we will soon celebrate 15 successful years. We thank the Ghanaian government, the Ministry of Aviation and the government authorities whose support has been instrumental in making today’s one-off service a success.”

Emirates commenced operations to Ghana in January 2004 and flies to Accra daily from Dubai. Close to 1.6 million passengers have flown the Dubai – Accra route since its start, with popular destinations being China, India and the United Kingdom via its Dubai hub. Since 2006, Emirates SkyCargo has transported a total of over 73,000 tonnes of cargo from and into Ghana. The air cargo carrier has facilitated exports of over 41,000 tonnes from the country in the same time period. Major commodities exported include fruits and precious metals. 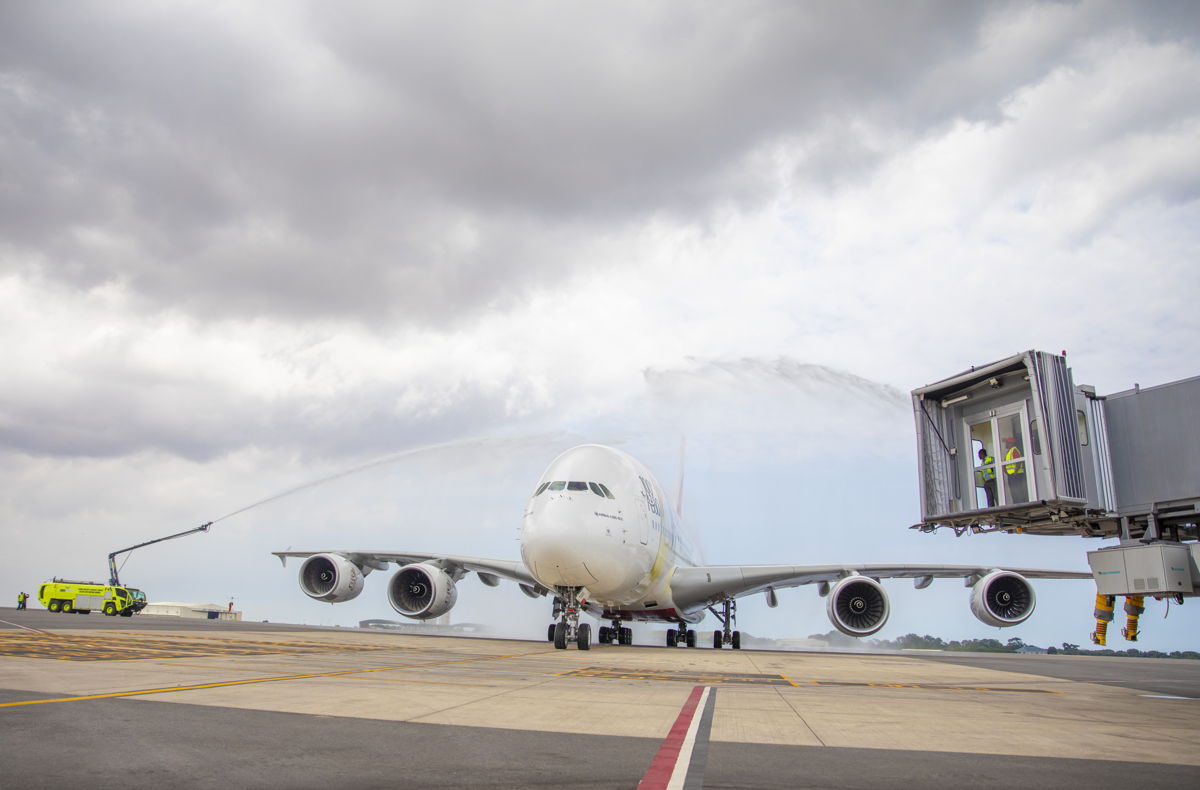 This year marks the Emirates A380’s 10th anniversary, and the iconic aircraft has transformed flying over 96 million passengers on over 106,000 flights. The Emirates A380 to Accra operated in a three-class configuration, with 426 seats in Economy Class on the main deck, 76 flat-bed seats in Business Class and 14 First Class Private Suites on the upper deck. In addition to spacious seats, free onboard Wi-Fi and award-winning inflight entertainment in all cabins, the Emirates’ A380 is renowned for its First Class Private Suites, Shower Spas and Onboard Lounge for First Class and Business Class passengers, offering a wide range of drinks and canapés, as well as space to socialise or simply relax.

Related Topics:A380AccraAirbusEmiratesGhanaKotoka International Airport
Up Next 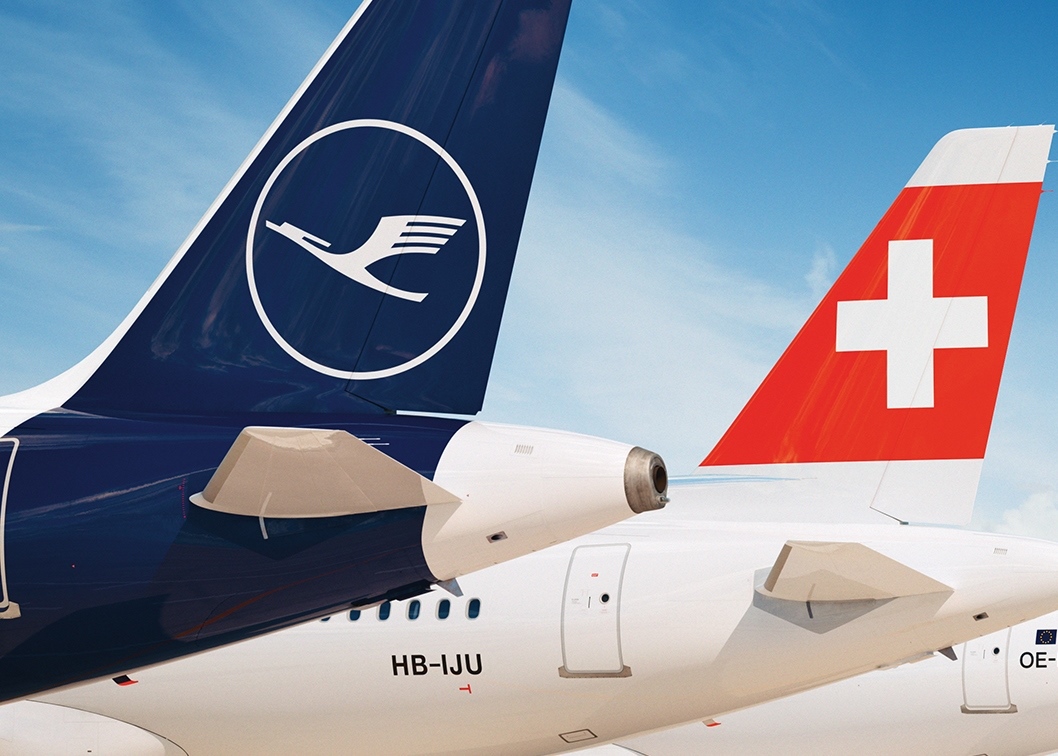 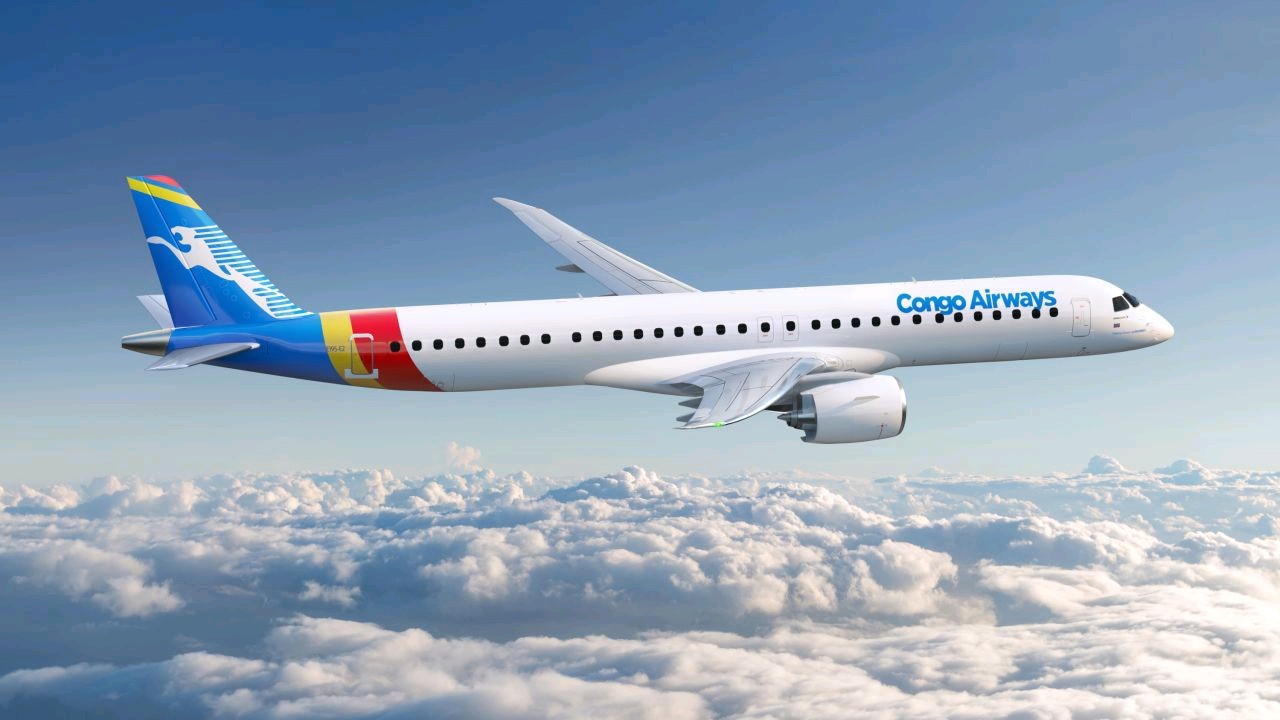