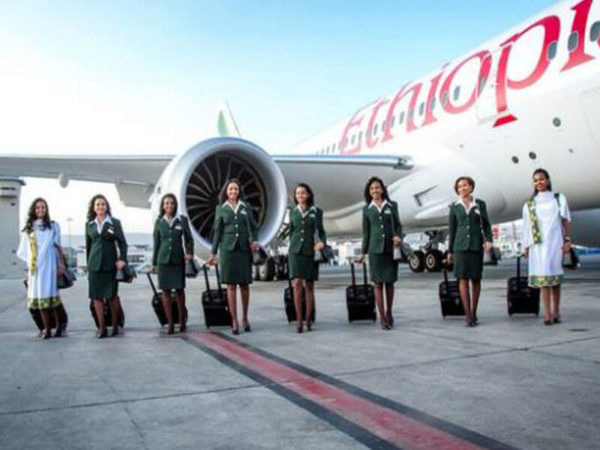 The Ethiopian Airlines is smiling to the banks after it earned a record high $233 million in net profit in the fiscal year which ended on July 8, 2018.

Last year the airlines made $229 million in profit.

The Group CEO of the Airlines, Mr. Tewolde Gebremariam, said on Friday that the national carrier managed to register success in financial, commercial, operational and customer service sectors.

The flagship carrier transported 10.6 million passengers in the period, up by 21 per cent from the total of passengers carried the previous fiscal year.

The domestic passengers, who were carried to 20 destinations, constituted 1.6 million.

“The Ethiopian Revenue Passengers Kilometres (RPK) grew by 25 per cent while Available Seat kilometres (ASK) which means airline passenger carrying capacity has hit over 18 per cent as the global average was 6.8 per cent and 6.0 per cent respectively,” Gebremariam said.

“Had it not been for high oil prices and instability in West Africa and the Middle East, the profit of the airliner would have been more” Gebremariam added.

The Ethiopian carrier has added eight new international destinations and carried 400,339 tonnes in cargo service, showing more than 18 per cent growth compared to the volume in the previous fiscal year.

According to the CEO, the operating cost of the airliner grew by more than 43 percent from the previous year to culminate at 89.1 billion Ethiopian Birr.

“The price of oil which soared to $78 billion per barrel during the reported period has contributed to boost operating cost of the airliner by 36 per cent,” he said.

It has taken almost all management ownership of Mozambique and Equatorial Guinea airlines.

During the fiscal year, the airline was given, for the first time in history, a four-star rating by SKYTRA, putting it on a par with the other global airlines including Turkish Airline which boasts about 50 destinations in Africa.

Gebremariam noted that Emirates, Qatar Airways, Turkish and other European airlines continue to be major competitors in Africa, snatching up to 80 per cent of the continent’s air transport market.

Ethiopian Airlines reached and passed the 100th aircraft in service milestone during the year, becoming the first African airline ever to do so. 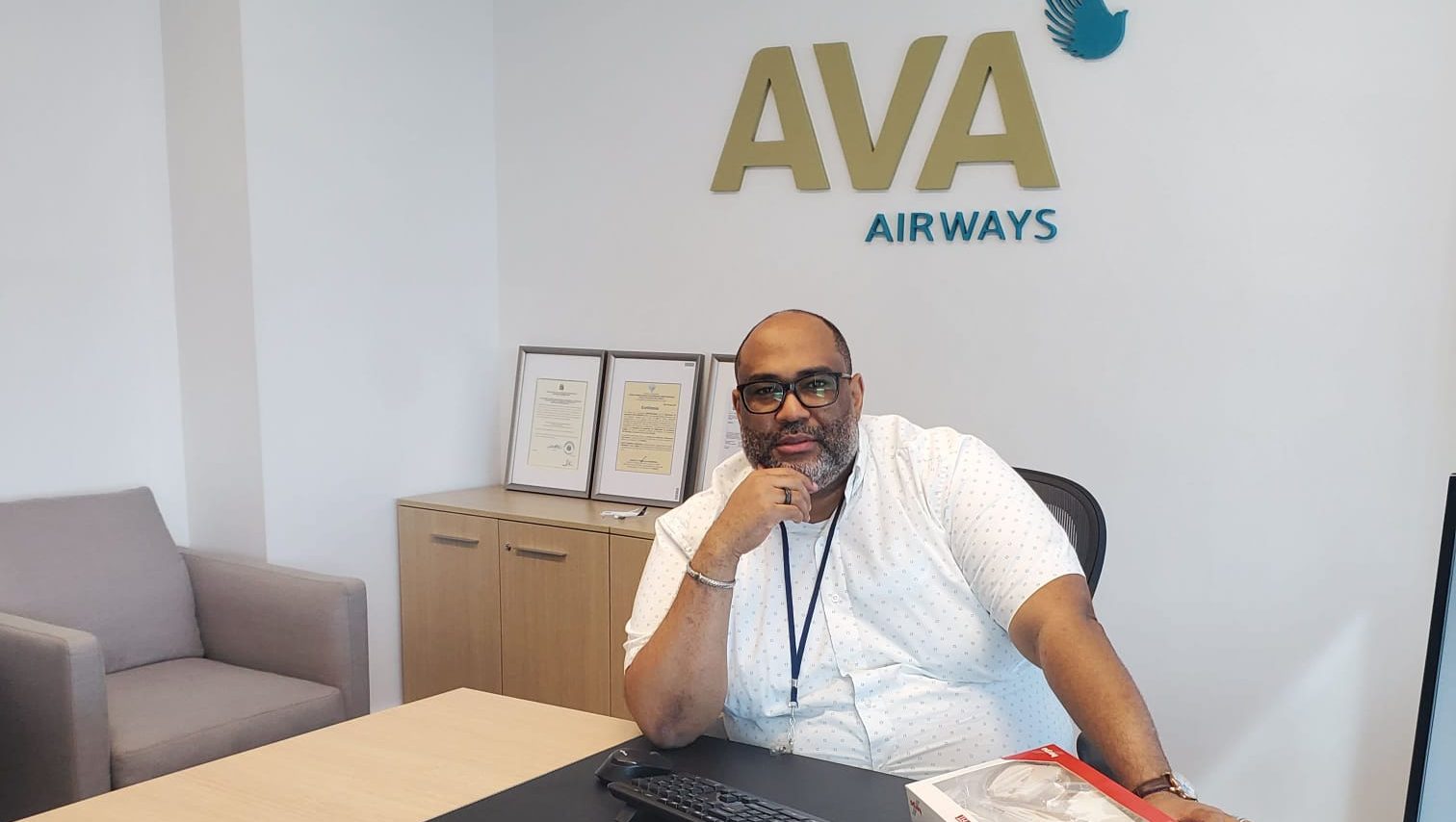 The Airlines Reporting Corporation (ARC) has reported over $38 billion USD in airline ticket sales transacted between January and July 2022 in the Americas. Another estimated 20% of that revenue is booked outside the ARC. The best investment right now for the next fifteen years before the slowdown, would be within an airline that is based in the Americas with the right strategy and plans, said Amb. Olivier Arrindell.

The Global Diaspora Summit a few years ago was the culmination of a worldwide dialogue process among Africans on the continent and the Diaspora on the content, programs and plan of action for the AU’s Diaspora program. The outcome of the various consultations was consolidated by three African Diaspora Ministerial Conferences between 2007 and 2012 into a Draft Declaration to be considered by the Summit.

The African Union has approved the following definition of the African Diaspora: “The African Diaspora consists of peoples of African origin living outside the continent, irrespective of their citizenship and nationality and who are willing to contribute to the development of the continent and the building of the African Union.” With this being said our contribution is going to be in the form of consistent Air connectivity via commercial scheduled air transportation of passengers and Cargo between Africa and Central America/Caribbean.

The Americas population of over 1.2 billion and with 54% of the population being of African descent is the largest African diaspora outside of Africa and within emerging economies and strong economies.

Amb. Olivier Arrindell goal via Ava Airways is to implement the concrete ways and means of harnessing the abundant human and material resources in Africa and beyond. And to advance the Socio-economic development of both the Continent, in close and sustainable partnership with the African Diaspora in the Americas via Air connectivity.  There are well established Air transportation agreements in place with some African nations and Caribbean countries. However, there is no adequate air transportation system between Africa and Central America/Caribbean and socio-economic development cannot take place. Therefore, Ava Airways as a company have already put in place all the necessary steps to prepare for the scheduled inaugural flight between mainland Africa and Central America/Caribbean via its hub in Santo Domingo.

A three-day business trip in Santo Domingo where you buy your goods followed by another four days in Ocho Rios or Montego Bay Jamaica on the beach sounds far more attractive then flying to the Middle East. However, Arrindell believes proper education must be provided about the Caribbean. He is very much positive about the near future because Ava Airways, as a company, are set fast on the course of economic connectivity.

Arrindell have concluded with the adoption in his last board meeting to include 11 major African cities into their master plan route network to provide Africa a gateway to the Americas that also include a visa free travel to some destination which will:

The near future of Air transportation between Africa, Central America/Caribbean is predicted to be extremely profitable to those who can properly connect Africa and the Americas with a business model that is innovative and has a clear understanding of the dynamics of our people. 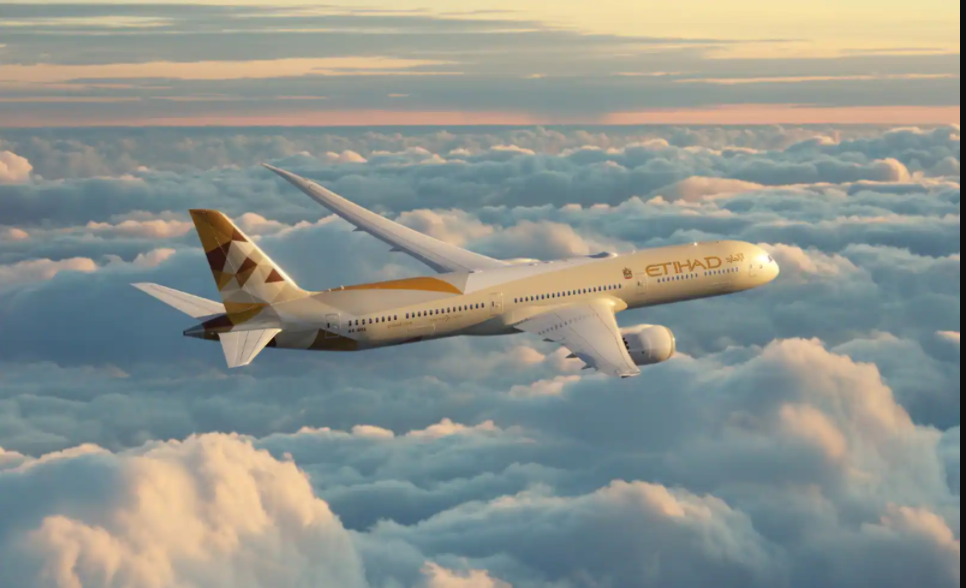 Etihad Airways today announced three new quarantine-free destinations for the coming winter season. This November, the airline will begin flying to Johannesburg and Cape Town in South Africa, and the beautiful Indian Ocean island of Zanzibar. The new additions to Etihad’s network mean the UAE’s national carrier will be operating to 70 destinations across 47 countries.

Etihad Airways has launched a sale on fares to Johannesburg, Cape Town and Zanzibar, valid until midnight on 6 October 2021. Available on a first come, first served basis, guests can enjoy return fares starting from AED 995 in Economy and AED 3995 in Business class.

Tony Douglas, Group Chief Executive Officer, Etihad, said: “We’re proud to be launching Etihad’s newest destinations in Africa this winter and we’re confident our guests will find they are all incredible places to visit.

“Johannesburg is an important route on our network and offers vital connectivity to and from the southern African region. On the southern coast, Cape Town is a breathtaking part of the world, with something to offer the most discerning traveller. Likewise, the beautiful island of Zanzibar will complement our network to the Maldives and Seychelles offering more choice for leisure travellers looking to enjoy the glorious Indian ocean.

“We are also thrilled to offer connectivity for travellers from both countries to visit our home the UAE over the winter months. With the world’s greatest show, Expo 2020, opening now there has never been a better time to visit Abu Dhabi and the UAE.”

Etihad will start flights to Johannesburg, South Africa’s biggest city, from 25 November. At the same time, Etihad will launch its operation to the stunning coastal city of Cape Town. Both destinations will operate three times per week on Mondays, Thursdays, and Saturdays. The route will be serviced by Etihad’s flagship and most-sustainable aircraft, the Boeing 787-9 Dreamliner, with 28 Business Studios, 78 Economy Space seats and 184 Economy seats.

The new service to Zanzibar will operate from 26 November giving residents in the UAE the ideal winter holiday. The route will also offer easy connectivity for guests travelling from Europe and North America and transiting through Abu Dhabi. The scheduled flights will operate on Tuesdays, Fridays and Sundays on the airline’s Airbus A320 aircraft offering 8 seats in Business and 150 seats in Economy.

Guests flying with Etihad can fly with complete peace of mind thanks to the Etihad Wellness programme, which includes complimentary COVID-19 insurance, valid for travel until 31 March 2022, for all passengers. The airline’s innovative Verified to Fly service also simplifies the process of authenticating travel documents before travel. With Verified to Fly travellers can validate their documents before arriving at the airport, giving them the confidence that they have met all essential government and airline travel requirements before travelling to the airport.

Etihad was the first airline in the world to fully vaccinate its crew on board. The airline also requires 100% of its passengers to show a negative PCR test before boarding which protects the inflight environment, now recognised to be one of the best in the world. Consequently, Etihad was awarded Diamond status at the inaugural APEX Health Safety powered by SimpliFlying audit in January 2021.