Fearless energy drink from the stable of Rite Foods Limited has made full preparation to support this year’s Fanfaro Autofest event as the headline sponsor. This is in its bid to make the platform bigger and more thrilling for car drifters, super bikers, and fun seekers in the ancient city of Ibadan from Friday, 2nd to Sunday, 4th December 2022.

The Managing Director and Chief Executive Officer, Fanfaro Oil Nigeria, Mr. Adekunle Olanrewaju, stated that the support from the Fearless energy drink is enormous hence the event is credited to it and dubbed “Fanfaro Autofest, Fearless Edition,” as the contestants will be rejuvenated with the brand’s positive energy and courageous spirit to actively showcase their talent in car drifting.

“It takes a lot for someone to align with your dream; it takes like minds to be part of it. The previous events have been successful, but now having the marketing leading; Fearless brand behind it, is a success even before the start of the event.  The brand also resonates with what the sport stands for, we are fearless, tough, energetic, and want to make it more exhilarating,” Olanrewaju explained.

He pointed out that with the Fearless brand behind the largest motorsport in the country, Nigerians should expect more exciting and action-packed sporting activities, as the product has been with Fanfaro from the planning stage to the exercise which takes a year to put together, and also for a refreshing moment with the trailblazer in the energy drink segment.

According to him, a Fearless brand raffle draw will be organised before the main event in November, where participants would be told to make a creative design with five empty bottles of the product, with the winners going home with exciting gifts.

Commenting on the sponsorship, Rite Foods Head of Marketing, Olumide Aruleba, affirmed that the Fearless brand is very proud to throw its weight behind the sport, as it will bring into it the positive energy associated with the brand as a means to create the desired impact and make it a ground-breaking event. “We also want everyone to look forward to it,” he stated.

On her part, the Assistant Brand Manager of Fearless Energy Drink, Kanyisola Sangowawa, said the support from the product signpost is its connection with consumers in keeping them refreshed by providing the vigour needed while attaining their dreams or showcasing useful talents. She avowed that it takes a fearless spirit to support an action like the auto fest, which requires boldness, daring force, and strength in making it a success.

In his remark, the Fearless Brand Ambassador and the Face of Fanfaro Autofest, the Fearless Edition, Tobi Bakre, actor and a lead cast in the movie, Brotherhood, extolled the partnership between the Fearless energy drink and the motorsport, stating that both connects with a Fearless and reinvigorating force.

Mouka’s Femi Fapohunda Recognised as HR Champion of the Year 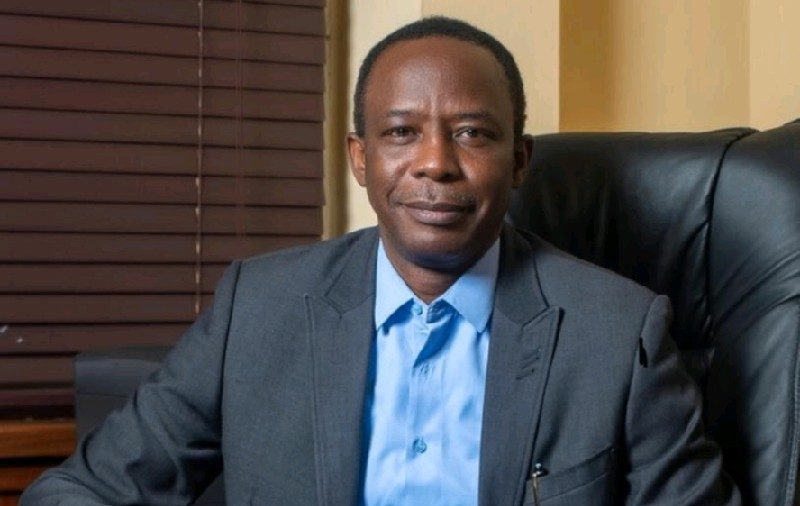 Mouka’s, Femi Fapohunda, has been bestowed the laurel of the HR Champion of the Year at this year’s HR Champions Awards in recognition of the company’s development and sustenance of best human resource (HR) practices.

The elaborate event was organised recently by HR People Magazine, a foremost Human Resources publication in Africa, in Lagos to celebrate excellence in the HR profession and recognise commendable initiatives and strategies. As various organisations gathered to witness this occasion, Mouka was called forward to receive an award in recognition of its visionary leadership style, which ensures that all its employees have a clear understanding of the business strategy of the leading organisation in the sleep industry.

According to HR People Magazine, the leadership of Mouka has created a conducive working environment that enables open communication and a professional work culture which encourages all employees to align with Mouka’s corporate values. These values of Passion, Integrity, Innovation, Performance, and Excellence, have contributed to Mouka’s growth trajectory over the years.

In Mouka, the role of MD requires the counsel of the Head, HR and Admin., Ifeoma Okoruen, on Talent Management and Rewards interventions to boost overall staff motivation. He views the HR lead as a trusted partner for his people agenda and constantly taps into her wealth of knowledge and experience to provide innovative interventions to employee challenges.

Commenting on the feat, Mouka’s current MD, Mr Femi Fapohunda, commended the organisers for being honoured as the recipient of the prestigious award and also applauded the efforts of the company’s employees for their commitment to high-performance culture and excellence. “At Mouka, our employees come first; hence our people’s agenda is one of the key pillars to the success of our business. We are also very deliberate with our HR interventions and ensure that HR leadership is involved in strategic business decisions. To date, several sustainable HR practices have been instituted to ensure that the business continues to achieve its overall business objectives,” he stated.

This award comes right after the market leader formally unveiled several innovative products in the Nigerian market at its recent Business Partner conferences across the nation. These products include the Wellbeing Mattress Topper made with memory foam, the Wellbeing Hybrid mattress specially designed for couples, the Mondeo Firm Spring mattress, which is a great choice for hotels, the Bio-crystal pillow made with breakthrough stress relief technology and Royal Memory foam pillow.