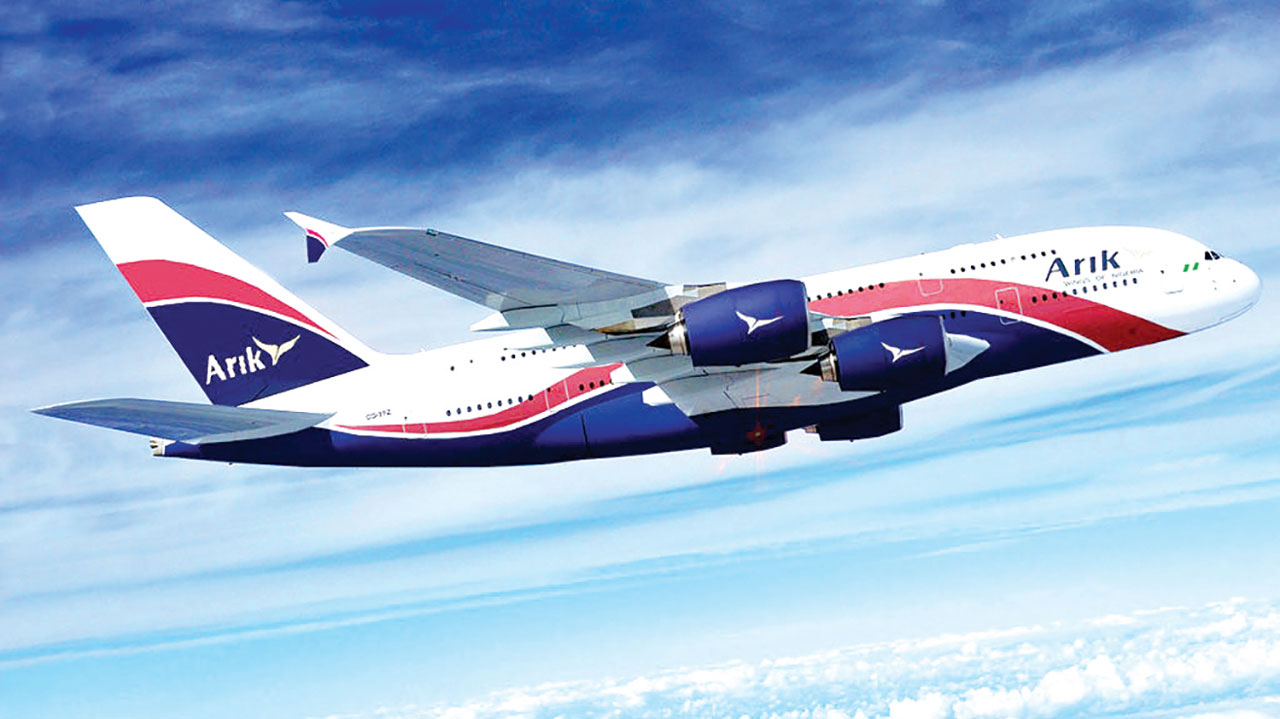 The Federal Government is at the crossroads in deciding what to do with the duo of Arik Air, and Aero Contractors that are currently being managed by the Asset Management Corporation of Nigeria (AMCON).

Recall that AMCON took over Aero Contractors in February 2016, and a year later, also acquired the management and control of Arik Air over alleged gross mismanagement and huge debt burden in excess of N387billion.

The Guardian yesterday learnt that even AMCON, the government’s special debt recovery vehicle, had no inkling of the kind of fate that awaits the airlines after keeping their operations stable.

The situation leaves the government on the verge of having stakes in three airlines once the new national carrier, Nigeria Air, comes on board – a development experts have described as odd and untidy.

Meanwhile, the plan to float the Nigeria Air, may have suffered a setback, with delays in the release of initial funding for takeoff.

Sources revealed that the delay is not unconnected with President Muhammadu Buhari’s recent vacation, and alleged refusal of the Acting President, Yemi Osinbajo, to approve some requests made by the Minister of States for Aviation, Hadi Sirika.

The information directorate of the Ministry yesterday refused to speak on the funding issues. It also refused to remark on the situation where the airline scheduled for launch in December, has still not applied for an Air Operator’s Certificate (AOC), from the Nigeria Civil Aviation Authority (NCAA).

Meanwhile, AMCON, as the major creditor for Arik and Aero Contractors airlines, had said the takeover was to save the airlines from imminent collapse, and return them to profitability.

A top official at one of the airlines told The Guardian that AMCON had indeed delivered on its mandate of keeping the airlines running.

For instance, Aero Contractors re-strategised to divest into the resuscitation of its Approved Maintenance Organisations (AMO) facility, which has since commenced Maintenance Repair and Overhaul services for Boeing 737 classics aircraft. Similarly, Arik Air has sustained its local and regional operations since the takeover.

“If AMCON had not intervened, the two airlines would have collapsed and their assets sold. So, the takeover was aimed at protecting the employees, sustain the transport network and the economy too. That is exactly what AMCON had done.

“Yes, we have not been able to take it to the next level, but that is not part of AMCON’s assignment. If it were to do that, then it would have to start investing huge capital in the airlines, paying creditors and buying aircraft, among others. What to do with the outstanding and the airlines, nobody really knows for now,” the source said.

However, there are still the pending issues of workers’ benefits, indebtedness to various parties, and what to do with government’s stake in the airlines.

Air Transport Services Senior Staff Association of Nigeria (ATSSSAN), at the their recent National Executive Council (NEC) frowned at the failure of AMCON to, in almost two years, honour the redundancy agreement , which ATSSSAN and other unions signed with the management of Aero Contractors in 2016.

Deputy General Secretary, ATSSSAN, Comrade Frances Akinjole, said while empathising with Aero management, criticised the refusal of AMCON to approve the settlement of arrears of salaries and terminal benefits of staff members declared redundant, saying: “the directive of is not only inhuman, but a breach of the terms of the redundancy agreement.”

In respect of the debt owed by the airlines, the Secretary General, Aviation Safety Round Table Initiative (ASRTI), Group Capt. John Ojikutu (rtd), said taking over the aircraft of Arik and Aero would have been a good option for government to use as its five per cent contribution to start the new airline. “But the debts of these airlines are not owed to government alone.”

“There are debts owed to banks, foreign technical service providers, etc. These could be sources of litigations on the new airline,” he added.

He observed that the national carrier was still within the 90-day window for AOC application and approval, adding that initial funding should not be the problem to force a setback on the whole agenda.

“I don’t think the bulk of the start-up money must come from the government, whose share is only five per cent. There are expected share funds from strategic investors, which I advise must be foreign technical investors with 40 per cent share, but which I am told has been increased to 50 per cent.

“I also expect 20 per cent share funds from Nigeria’s credible investors and the Nigerian public like you and I – 30 per cent. I expect the 36 states and the Federal Capital Territory (FCT) to take the remaining five per cent.

“Let me make myself clear again, the new national carrier is a public airline, and not a government or private airline. Therefore, the involvement of government now with the carrier is that of facilitator and not that of ownership. That position makes it different with that of the defunct Nigeria Airways, which was more or less a government airline or the Virgin Nigeria, which was owned by some political officeholders in and out of government,” Ojikutu said.