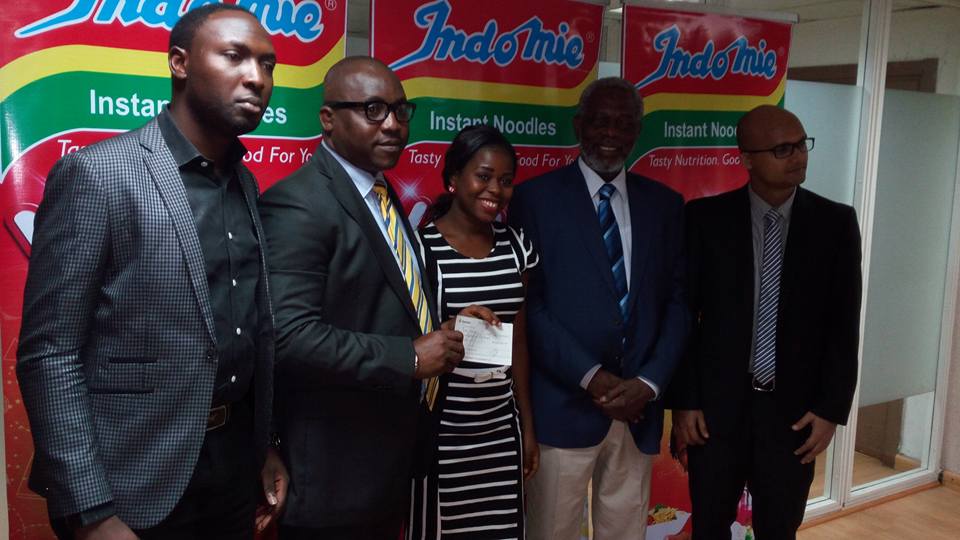 Twelve postgraduate students from tertiary institutions in the country, have received the final payment for the Dufil MSc. Nutrition Scholarship Awards for the 2015/2016 session.

The firm presented the final cheque of N200, 000 to each of the beneficiaries at its head office last week.

The scholarship scheme, which commenced in the year 2009, is for Nigerian students studying Nutrition and Dietetics at masters’ degree level, with the aim of assisting in the training of high-level manpower in the field of nutrition and dietetics in the country.

The students became eligible for the scholarship award after a thorough screening of their application by a panel, made up of distinguished nutritionists from different parts of the country, and the programme coordinator for the scholarship award, Prof. Babatunde Oguntona; who is a past president of the Nutrition Society of Nigeria, and also a Professor of Nutrition & Dietetics at the Federal University of Agriculture, Abeokuta.

The Brand Manager, Indomie, Mr. Amber Yadav said: “The scholarship scheme is a noble course, which the brand is pleased to be associated with.

He said the scheme serves as a means to give back to the society and most especially to the field of Nutrition and Dietary, which the brand is synonymous with.”

The Group Public Relations and Event Manager, Dufil Prima Foods Plc, Mr. Tope Ashiwaju re-emphasized the brand as being a socially responsible one, and is constantly poised towards supporting initiatives such as this which inevitably has a major effect on the health of the nation.

The Coordinator of the Dufil Msc. Nutrition Award, Prof. Babatunde Oguntona, commended Dufil Prima Foods Plc. for their support in sponsoring the project, which has been a success.

A beneficiary, Ms. Yerimah Akintiyari who is a post-graduate student at the Ahmadu Bello University, Zaria, said the intervention was timely.