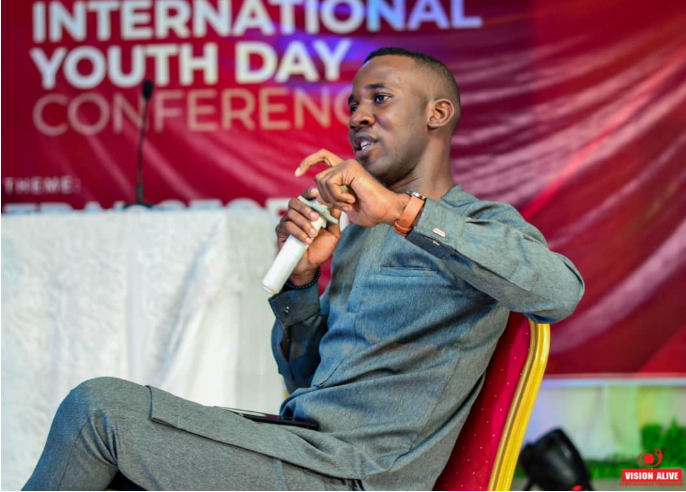 International Youth Day is an awareness day designated by the United Nations. The purpose of the day is to draw attention to a given set of cultural and legal issues surrounding youth. This year’s edition of the Youth Day was held in Aba hosted by Vision Alive Foundation. A program which aims to promote youth development and inclusion across the world along with the sustainable development goals.

Speaking at the event, Tochukwu Egesi, Innovation Corner CEO used the opportunity to recommend 5 ways the government can lift young people out of poverty in the state and support their growth.

These five recommendations include:

1.  Abia Apprenticeship Program: Aba hosts over 65,000 independent businesses popularly known as Shops and an international Market known as Ariaria.  Tochukwu, therefore encouraged the government to go back to the apprenticeship system and develop an annual program that will assign one youth to each shop for 1 year and support them with stipends for transportation, after which the government will provide a guarantee for the CBN to give 200,000 to  1 million naira for the youth to establish their own trade anywhere in Nigeria and Africa leveraging non-technology and technology means for the trade. This program alone will support 130,000 youths in two years.

2. Abia Venture Fund: Tochukwu acknowledged the efforts of the government for setting up the Abia Investment House. Tochukwu, therefore recommended that the government through the investment house set up an annual fund of 1 Billion Naira to support youths that have built a technology solution or a technology enabled business to enable them scale. Tochukwu also pointed out that this investment could be an equity investment, hence the funding is an asset to the state that will also turn into an avenue to increase our internally generated revenue in the future.

3. Public Education Lab: There is so much demand for education to be transformed to meet the demands of the 4th Industrial revolution. Tochukwu recommended that the government sets up a public education innovation lab that will be responsible for developing and sourcing innovations within and outside Abia state that will support the government in transforming the education sector in Abia state.

4. Competency based appointment: Tochukwu used the opportunity to decry the federal process of appointment which is based on compensation of party loyalists rather than competency of candidates. He recommended that Competency should be above Compensation in political appointments in the state.