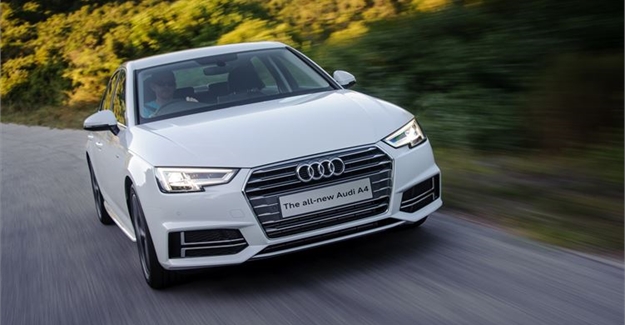 Audi was once again the shining star in the annual Ipsos Passenger Car Product Survey with seven Gold awards.

The quality of the cars and light commercials sold in the country has improved to such a degree in recent years that Ipsos SA, which has been tracking the automotive industry in this country since the early 1990s, says it has revamped the scoring system for its annual Vehicle Quality Survey.

Facts and figures obtained from telephonic interviews conducted in 2015 with more than 8,000 owners of 17 participating brands were used to compile the survey. The brands involved equated to 77% of the total number of passenger cars and light commercial vehicles (LCV) sold through retail dealer channels. It was made up of 71% of car sales and 90% of the LCVs retailed.

“We changed our approach and the methodology used in this annual survey in 2015 because we, as a syndicate, were finding that a high proportion of inherent vehicle design issues and shortcomings were not being reported and that the frequency of these complaints had increased over the past few years,” explained Patrick Busschau, the Ipsos automotive business unit director.

“This is actually a credit to the industry because the issues that bother customers nowadays are more likely related to their individual expectations around the product experience as opposed to straight and simple defects, which are rated on a scale of the number of problems per 100 vehicles.

“The quality of vehicles being produced today is very high, with few significant problems.

“Admittedly, there are many more product recalls by the manufacturers these days, but most of these are precautionary and provide the dealer and manufacturer with the opportunity to show their commitment to customer satisfaction by handling the recall well.

“However, there is a weighting applied where actual quality defects have a slightly higher impact on the customer experience and so a proportionately greater impact on the scoring.”

While Audi was the biggest winner, the next best was Toyota with five Golds followed by Volkswagen, Mercedes-Benz and Nissan (two Golds each) and Volvo (one Gold).

The best quality rating for LCVs overall was achieved by the Hilux single cab petrol with an index figure of 37.

There are also awards for the best manufacturing plants, although these are about as unscientific as they come.

The GMSA plant in Port Elizabeth won Gold for the Best Passenger Car Plant, although it only makes the Chevrolet Spark, which won nothing outright but was the best scoring locally made vehicle with 58 problems per 100 vehicles. That is how Ipsos decides on the award.

Bizarrely, GMSA took Gold ahead of Mercedes and Toyota, despite Mercedes’ East London plant having recently received an award for the best Mercedes manufacturing facility in the world. Toyota won the Gold award for the Best Light Commercial Vehicle Plant for its facility in Prospecton.

Opel has a product onslaught planned for 2017

Baleno is a shiny Suzuki star