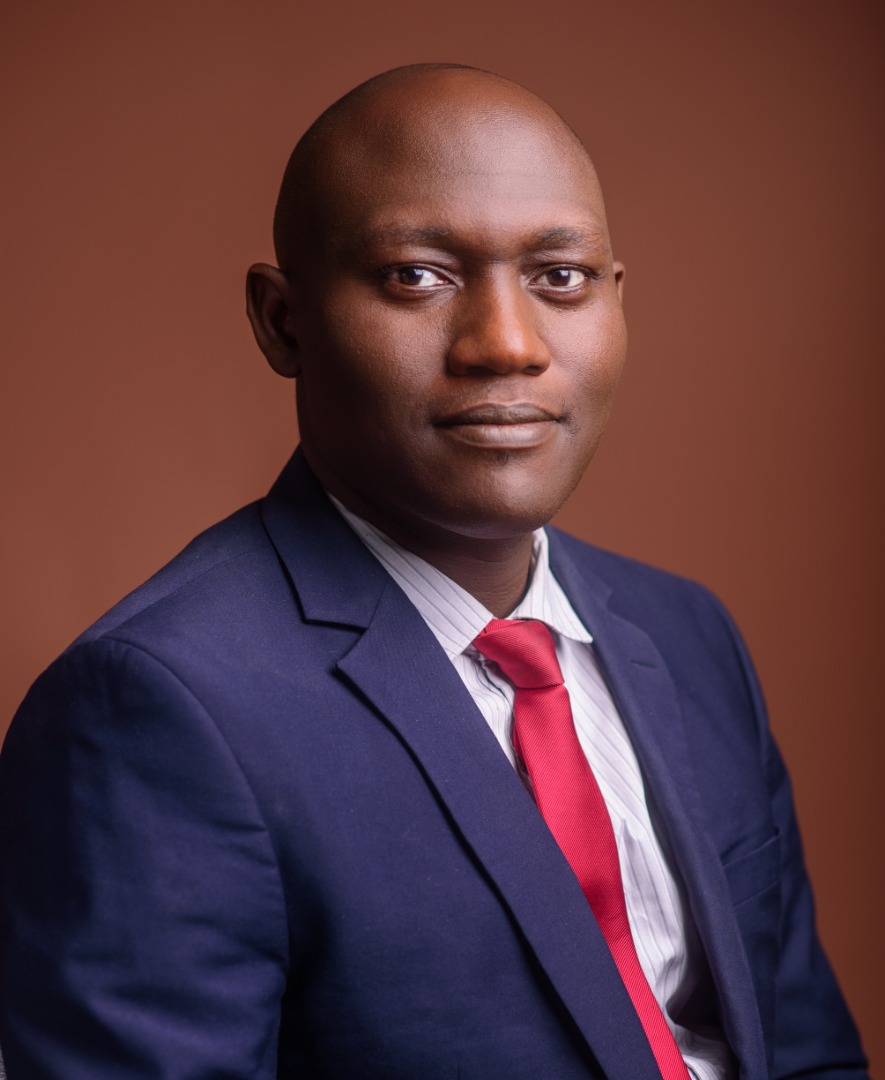 It took less than two weeks of lockdown for major newspapers in Nigeria to reduce the number of pages they publish daily from 48 to 32.

Our research at Caritas Communications had indicated that that would happen. In the first few days of lockdown, we asked Nigerians through an online survey if they were still purchasing newspapers, 91% of respondents said, No.

Reasons adduced for the change ranged from the logistics challenges occasioned by the lock down, to the fear that newspapers could be carrying “more than news.” We note that these fear has largely been allayed as Nigeria gradually emerges from lockdown.

Not that this pattern is new, but the magnitude of the shift should suggest to media and public relations consultants that there is no going back on the contraction of revenue models built on print advertising.

Drawn from across Nigeria, 98% of those we surveyed are between the 21-45 age bracket and though young, constitute a major part of the media consumption market in the country. It is instructive to note that 84% of them relied on social media platforms (including Twitter, WhatsApp, Facebook and YouTube) for news and updates during the lockdown.

Sadly, Twitter and other social media platforms were being rewarded, even though they do not have newsrooms in Nigeria.

Based on the research, radio and word-of-mouth were also deemed veritable sources of news and updates during the lockdown, 28% of respondents, mostly older citizens were tenaciously inclined to radio.

In the period, we observed that there was voracious consumption of television and YouTube. Which is understandable. Social distancing and a compulsory lockdown did not mean that millions of Nigerians stopped craving entertainment, intimacy and fellowship.

The media, advertisers and public relations consultants must take these changes to heart as many organisations have elected to continue their work-from-home regimes.

Based on the foregoing, it is easy to conclude that there has been a shift in marketing budgets from Above-the-line, print and experiential, to public relations that is entrenched in electronic platforms.

Smart marketers who are interested in meeting upper and middle class consumers quickly will track them online. However, because a large portion of Nigeria’s population is still not sited around the global-digital-camp-fire, radio and television will remain potent platforms to reach millions, especially the older generations.

In the next few months, we expect that working from home will continue in various forms. And because of this, advertising spend will gravitate more towards digital media. Therefore, digital skills will become more imperative for successful public relations consultants and marketers.

Public relations consultancies will be compelled to develop competencies in digital marketing and content creation or risk the consequences of not innovating.

With the reality of Covid-19, the media remains a fluid environment. As changes continue to take place, newspapers and content creators should critically consider models that will enable them generate more revenues from their content. Otherwise, social media platforms will in a sense continue to reap bountifully from where they have not sown.

Launching a business without funding 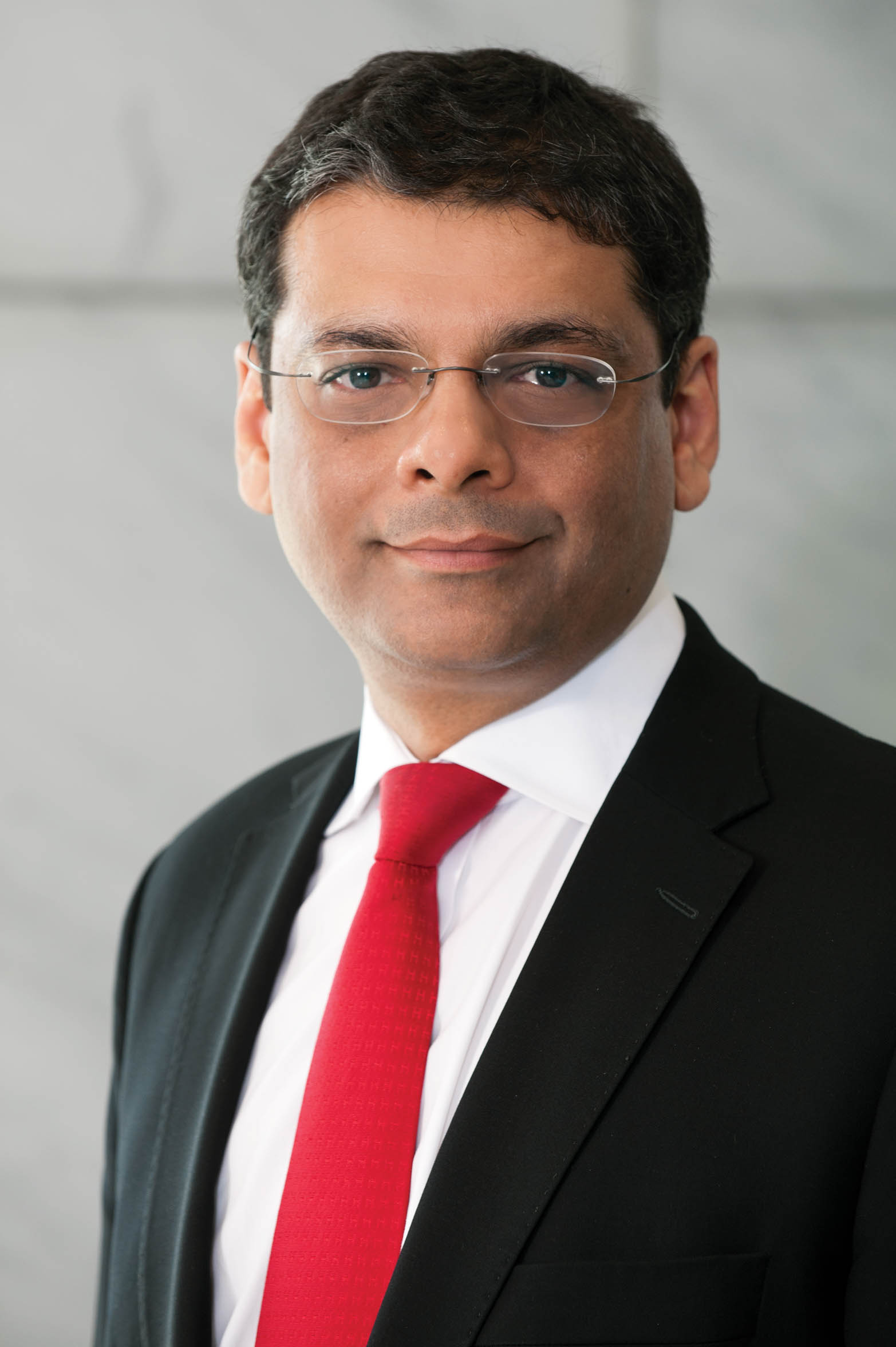 Helios Investment Partners (“Helios” or the “Firm”) is pleased to announce the launch of Africa Specialty Risk Group (“ASR”) in partnership with Mikir Shah, former CEO of AXA Africa Specialty Risks, and Bryan Howett, former CEO of Old Mutual’s pan-African reinsurance operations. ASR is a reinsurance business focused on becoming the partner of choice to corporations through the provision of comprehensive and bespoke risk mitigating insurance solutions.

Helios, through its extensive financial services expertise in Africa, identified an unmet need in the reinsurance space to expand the continent’s long-term domestic capacity beyond its current capabilities. Having previously founded market-leading businesses such as Helios Towers, the Firm
took a similar pioneering approach in partnering with Mikir Shah and Bryan Howett to develop and increase domestic reinsurance capacity.

ASR will create tailored solutions for local and global customers, using Africa-specific pricing models coupled with a deep understanding of African risk and cultural environments. This provides corporates and investors with the confidence to grow their businesses, thereby unlocking investment activity, and the associated developmental benefits.

Mikir Shah, commenting on the partnership noted: “We chose to work with Helios given their extensive reach across Africa, their knowledge and experience in our key markets, as well as their established track record in helping entrepreneurial businesses to scale.”

Souleymane Ba, a Partner at Helios, said: “We have identified a sustained lack of adequate insurance capacity across Africa, which has been exacerbated further by Covid-19 as global reinsurance providers focus on their home markets. ASR has been established to address this gap by providing specialist risk mitigation products which companies and capital providers operating in Africa have found difficult to access to date. As demonstrated in the US and Europe, private equity has a long and successful track record of stepping up to fill unmet insurance capacity to de-risk and support investment activity.”

ASR intends to work proactively with local regulators and clients to develop skills and provide training to local underwriters. Environmental, social and governance considerations are central to ASR’s values, particularly in relation to local capacity building.

The investment in ASR is being made from Helios’ latest fund, Helios Investors IV, L.P., whose investors include CDC Group (the UK’s development finance institution) and the International Finance Corporation (a member of the World Bank Group). 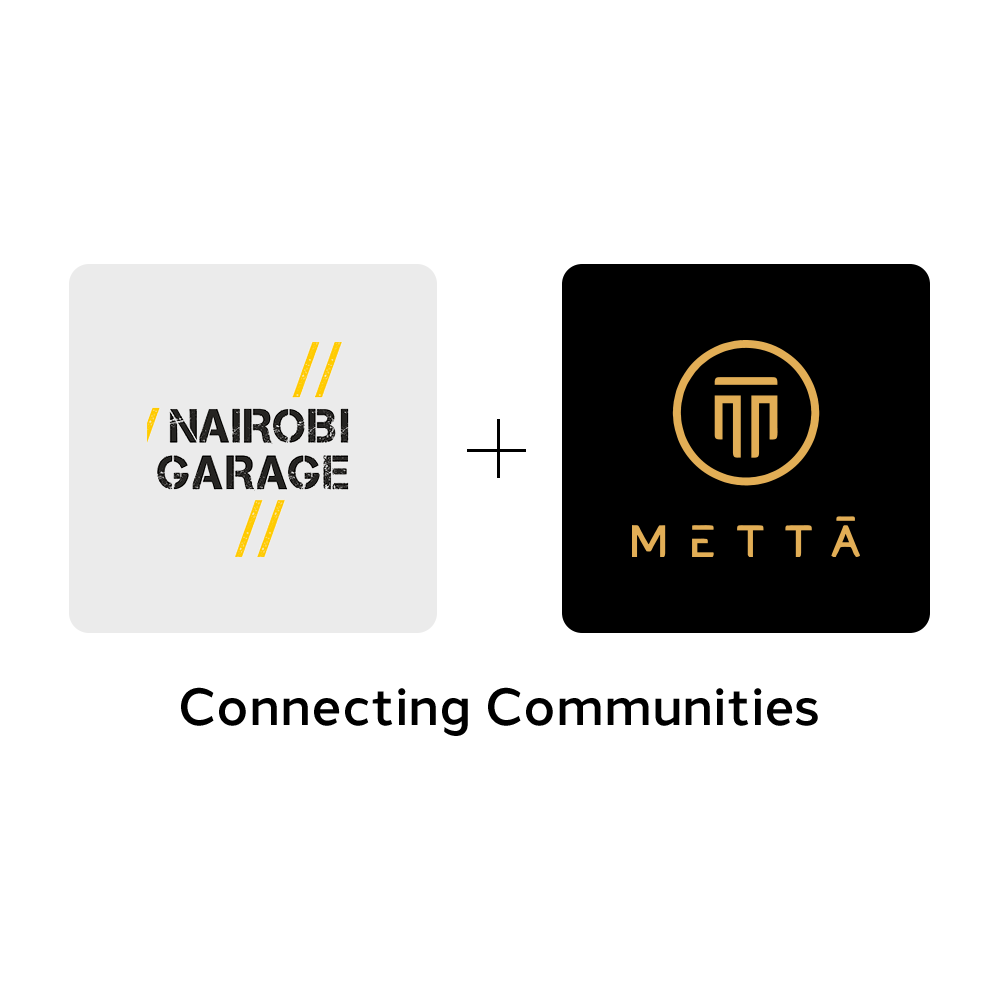 Nairobi, September 15, 2020 – Kenya’s leading co-working space Nairobi Garage and entrepreneurial club METTĀ have announced they are combining their services to create the country’s largest innovation community, offering flexible access to all their workspaces and networks, as well as a new digital event series.

African businesses are facing a disrupted marketplace due to the COVID-19 pandemic, with day-to-day operations and the economic outlook for businesses of all sizes feeling the impact. As a result, there is a renewed demand for flexible work space arrangements, allowing companies to remain responsive to the market and keep their teams productive without tying up much-needed working capital.

As Kenya’s leading co-working space, Nairobi Garage is home to over 150 companies across its four premises, giving members total flexibility when it comes to the office space they need, as well as offering a range of add-on business development, collaboration, and networking opportunities.

METTĀ is a club for the entrepreneurial community to connect, share knowledge and bring ideas to life. With 370 members in Nairobi, and over 15,000 members in its digital community, METTĀ offers a range of events, workshops and corporate innovation programmes.

By joining forces, METTĀ and Nairobi Garage members will have access to both organisations’ workspaces throughout Nairobi – with drop-in and private office options available in Westlands, Riverside Drive, Karen and Kilimani -, as well as to all the complimentary business support services provided across the two communities. All members will benefit from exclusive corporate collaborations and partnerships – such as discounts, programmes, and first dibs on funding and training opportunities.

“We are confident in the resilience and capacity of Kenyan entrepreneurs to come back from this pandemic stronger than ever. We want to support them in doing just that, and this merging of forces is a demonstration of our belief in the strength of both our communities. It’s of utmost importance that innovation in business continues to be a priority, and we’re here to facilitate that process for the country’s top entrepreneurs,” says Hannah Clifford, director of Nairobi Garage.

Esther Mwikali, general manager of METTĀ, says: “We have always believed that “Innovation doesn’t happen in isolation”. Outstanding innovation breakthroughs occur when the right people collaborate, to spark commercialisation and scale. This partnership is a true testament to our
vision, as we are taking our own advice and leading by example – the value we offer our customers and the community at large through this is greatly increasing.”

With the business landscape plagued by so many uncertainties in the COVID-era, Nairobi Garage and METTĀ want to provide a sturdy, strong foundation for businesses in Kenya to thrive. By combining their two trusted names, members can have the most complete support available to weather the current storm.

To become a member, people should write to join@nairobigarage.com or nairobi@metta.co

New members joining in the month of September get 10% off their first month’s membership. 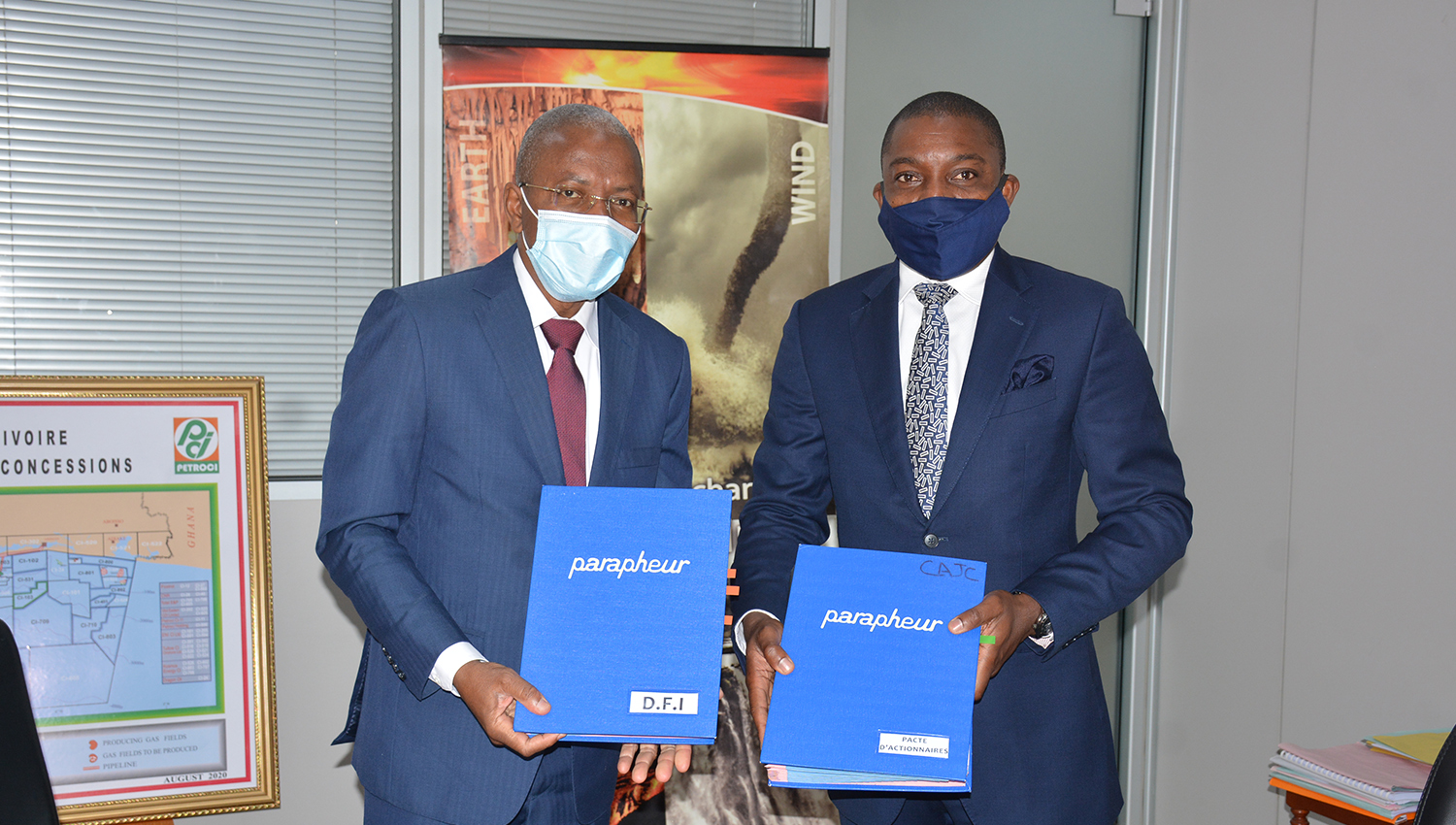 The cost of the project is estimated at $43million and will be executed in two phases, with commissioning scheduled for November 2021 and October 2022 respectively.

Incorporated as SAPET Energy S.A., the joint venture company will handle the construction, operation, and maintenance of the ultra-modern LPG storage terminal. Upon completion, the facility will become the largest of its kind is Sub-Saharan Africa, and more importantly, support the government’s efforts to meet Cote d’Ivoire’s growing LPG demand.

Speaking at the execution of the agreement, Dr. Ibrahima Diaby, Director General Petroci, said, “this joint venture project is the first of its kind in Cote d’Ivoire and will serve as a model for other projects in the energy sector. It is a historic event that will pave the way for a robust and seamless storage, distribution, and supply of LPG. This translates to more clean energy, growth, and productivity in Cote d’Ivoire. We are delighted and look forward to more collaboration with Sahara Energy.”

Olayemi Odutola, Country Manager, Sahara Energy said the project was in tandem with Sahara Group’s commitment to promoting clean energy in Africa through investments, new technology, and collaboration with regional and global institutions. He stated that the partnership with Petroci further reiterates Sahara Group’s support and commitment to enhancing economic growth in Cote d’Ivoire and contributes to the UN SDG7 goal which aims at ensuring access to affordable and clean energy.

“We are excited about the project and the huge opportunity it will confer on Cote d’ Ivoire as the leading LPG hub in the sub-region. Sahara Energy continues to support the energy value chain in the nation as a foremost partner. Sahara Group remains unwavering in its commitment to enhance capacity, productivity, reliability, safety, profitability, competitiveness, and sustainability in Africa’s energy sector. We will continue to explore other investment and partnership opportunities to replicate similar projects across the continent,” he said.

Industry experts say the development is cheery news for the nation with a population of 25 million people which has recently emerged as one of West Africa’s fastest growing LPG markets. National LPG consumption has grown from 175KT in 2013 to 380KT in 2019, a significant increase that far exceeds the country’s demand for liquid products (excluding gasoline).

The proposed facility will increase the country’s LPG storage capacity by 60% and significantly enhance importation, storage, supply and distribution of LPG and other related activities in Cote d’Ivoire and its neighboring countries such as Mali, Burkina Faso, and Guinea.

The investment will also bridge the current product supply and storage gap in the market and ensure more product availability and security by increasing stockholding from 15 days to 27 days.

Sahara Group is already a leading LPG supplier on the continent via its joint ownership of MT Africa Gas and MT Sahara Gas, both LPG vessels with a combined capacity of 76,000 cubic metres (cbm). The vessels have delivered about 600,000 metric tonnes of LPG, making households, communities and nations cleaner and safer as well as boosting economic growth and development across markets. 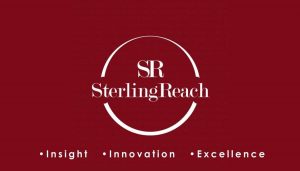 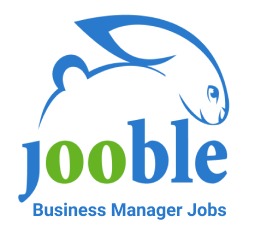