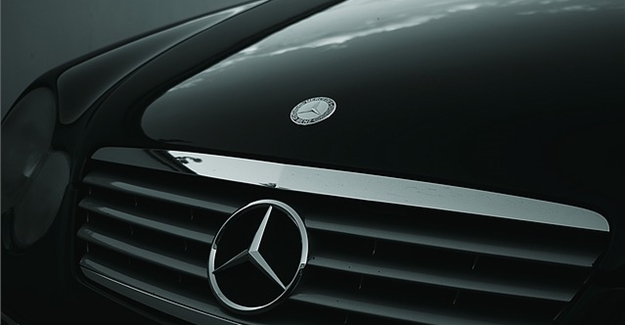 German carmaker Mercedes-Benz on Monday said it had overtaken homegrown rival BMW to deliver the most luxury vehicles of any manufacturer in 2016.

The Stuttgart-based firm sold almost 2.1 million vehicles worldwide, marking growth of 11.3 percent compared with 2015, parent company Daimler said in a statement. It was the first time Mercedes sold more than two million vehicles in a year, allowing it to reclaim the top spot it lost to its Munich rival in 2005.

“Extraordinary growth, especially in China and Europe, has placed us at the top in the luxury segment,” Daimler CEO Dieter Zetsche said. Mercedes had achieved its best year ever by sales for the sixth time in a row, he added.

China was a powerful growth market, with Mercedes boosting sales there by 26.6 percent over the year. “Mercedes used to be very weak in China, it was a market where they made a lot of mistakes, but since then they’ve made up ground,” Stefan Bratzel, director of Germany’s CAM automobile institute, told AFP.

SUVs were the biggest draw for buyers in 2016, topping 700,000 sales with growth of 34.3 percent as the firm introduced new models. Compact cars were also among the top sellers, adding 9.3 percent to hit almost 637,000 units.

“Mercedes has benefited from a very new range of models,” said auto expert Bratzel, adding to its SUVs as well as updating its designs with “significant improvements”. Daimler also reported best-ever sales for its Smart compact car, which added 21 percent compared with 2015 to hit 144,500 vehicles sold worldwide.

In its own figures released Monday, BMW said it sold just over 2.0 million vehicles under its flagship brand in 2016, also a new record. The Munich-based firm notched up growth of 5.2 percent over 2015’s result, but couldn’t hold Mercedes off the top of the sales podium. BMW’s growth fell short of Mercedes in China and Europe and it shrank faster in the US, at 9.7 percent for its BMW and Mini cars combined.

“We will not at all costs strive for volume leadership” in the race with Mercedes, BMW board member Ian Robertson told AFP at the Detroit Auto Show – noting that when comparing the groups’ overall figures, BMW had outsold Daimler.

Instead, BMW would aim for a return on sales of 8 to 10 percent, he went on, as well as unit sales growth in “lower single digits” in 2017. Like Mercedes, BMW also pointed to “a global trend towards SUVs”, with models from its X range accounting for one in three vehicles sold under the premium brand in 2016.

Meanwhile, Volkswagen’s luxury brand Audi reported on Monday that it had sold almost 1.9 million vehicles in 2016, up 3.8 percent on the previous year. The Ingolstadt-based firm suffered “strong headwinds from many important markets,” board member Dietmar Voggenreiter said.

Some Audi cars were among those affected by the Volkswagen group’s ‘dieselgate’ scandal, which saw the auto giant admit to building devices designed to cheat regulatory emissions tests into 11 million vehicles worldwide.

Audi is “undoubtedly the weakest of the three manufacturers, even if it managed to hold onto its position in China” CAM expert Bratzel said.

The manufacturer added slightly to sales in China in 2016 at 3.6 percent, while growing 4.0 percent in the US and 7.6 in western Europe. But Audi only achieved double-digit growth in its smaller western European markets like Italy and Spain.

2016 a record-breaking year for Volvo sales