Mouka, Nigeria’s leading brand of mattresses, pillows and other bedding products, recently announced its change of ownership to Dolidol. The market leader in Francophone Africa based out of Morocco.

According to the CEO of Mouka, Mr Raymond Murphy, this transaction sets the scene for bigger and greater things for the Mouka brand with this affiliation with a regional market leader. “In the light of this new development, Dolidol, a Moroccan market leader in the mattress space, will bring to the fore significant foam science, technical and engineering expertise to Mouka. As the market leader in Francophone Africa, Dolidol’s expertise will also be introduced to boost Mouka’s operations and the quality of its product portfolio”.

The Chief Operations Officer of Mouka, Mr Femi Fapohunda, also shared his excitement about this change in ownership. “With Dolidol’s stake in Mouka, our consumers and trade partners should look forward to new and ground-breaking innovations, due to the technological expertise Dolidol brings onboard. In addition, from an operational point of view, we look forward to improved productivity and product quality that meet consumer needs and exceed their expectations.”

Dimeji Osingunwa, Mouka’s Chief Commercial Officer and lead strategist behind Mouka’s unrivalled distribution of approximately 2,000 branded outlets nationwide shared his views on this transaction. “I believe this strategic ownership will create additional investments in the expansion of the Mouka footprint within Nigeria and beyond our borders.  I look forward to the synergy between the Mouka and Dolidol in deploying a world-class route to market strategy”.

According to the Head of Human Resources of Mouka, Ifeoma, Okoruen, the new owners of Mouka had positively commented on the capability of the Mouka team. “They had nothing but positive comments and compliments to make about the team across all job grade levels. They have also shown keen interest in the growth and development of the Mouka staff,”.

Our investigation of the basis for this transaction reveals that this was indeed a win-win situation for both parties. Dolidol and DPI also expressed excitement about the future of this transaction.

The CEO of Dolidol, Mohamed Lazaar,  had this to say. “I believe the acquisition of Mouka will allow Dolidol to strengthen its presence in the continent and complement Mouka’s growth in the region with an addressable market of around 200 million Nigerians.”

Mr Walid Mougou also gave some additional insights into the strategic plans of Dolidol. According to him, Dolidol’s plans are centred around massive investment in Mouka. Which will result in the development of the brand, people development, and the creation of more job opportunities.

Speaking on this, Ms Sofiane Lahmar, a Partner at Development Partners International (DPI), said, “As the most populous country in Africa, Nigeria shares many of the same trends as the rest of the continent. Including positive demographics, a fast-growing middle class and rising consumer-spend. We remain confident in the future of the business and look forward to working with both management teams to execute the company’s ambitious strategy and vision,”.

How to manage your crypto portfolio in a bear market 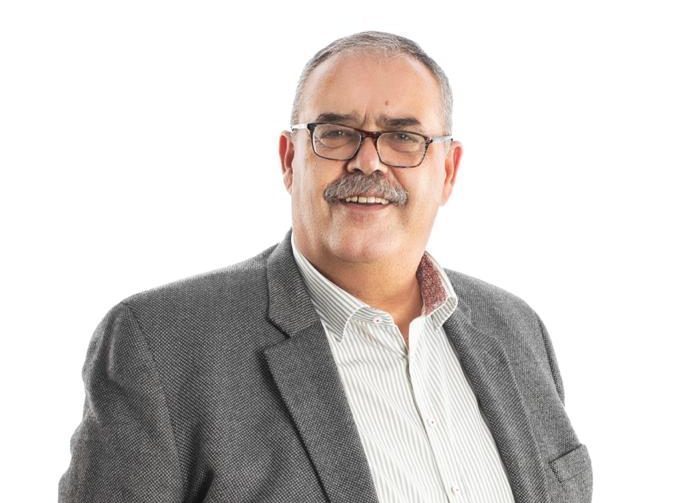 Fawry for Banking and Payment Technology Services S.A.E. (the “Company”, FWRY.CA on the Egyptian Exchange) announced today its plans to raise EGP 800 million of growth capital through a rights issue to existing shareholders. The proceeds will be used to fund a new chapter of expansions in financial services for both consumers and merchants. In addition to growing the Company’s offerings on MyFawry, the offering will help position the Company on the forefront of the Super App opportunity in Egypt.

Moreover, Fawry will continue to invest in strengthening its position on merchant acquiring as well as supply chain solutions. A portion of the proceeds will also be directed towards executing the Company’s investment strategy. Fast tracking innovation and supporting the budding ecosystem of high growth startups and fintech that complement Fawry’s offering. Through e-commerce, logistics, fintech services, insuretech among other verticals.

The Company’s board of directors, including the directors representing the main shareholders of the Company (whether representing institutional investors or financial institutions), have approved the proposal. To increase the capital to finance the company’s growth plans in the event that the necessary shareholder and regulatory approvals are obtained.

The Company’s board of directors also approved the creation of an American Depositary Shares (“ADS”) program. And is exploring a listing in the United States in connection with a potential SEC-registered secondary offering. The timing, number of ADSs and price of the proposed offering have not yet been determined. The proposed offering is subject to market conditions, shareholder and regulatory approvals. And there can be no assurance as to whether, or when, the offering may be completed or as to the actual size or terms of the offering.

These materials are not an offer for sale of any securities in the United States. The securities may not be sold in the United States absent registration or an exemption from registration under the U.S. Securities Act of 1933, as amended. Any public offering of securities will be made by means of a prospectus that may be obtained from the Company. And that will contain detailed information about the Company and management, as well as financial statements. 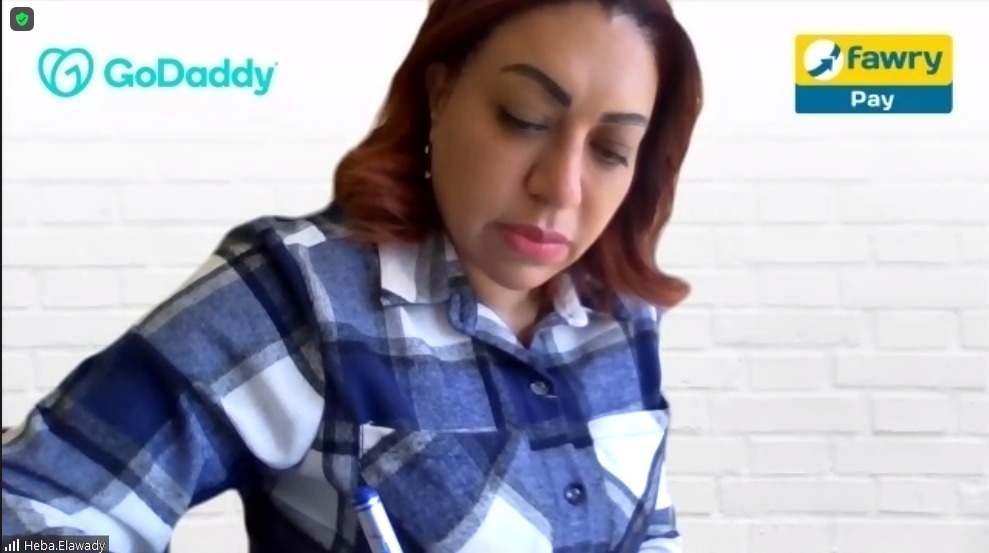 GoDaddy Inc. (NYSE: GDDY), the company that empowers everyday entrepreneurs, has partnered with Fawry, the local leading online payment company. To facilitate the process of going online for startups and entrepreneurs in Egypt.

In partnership with Fawry, GoDaddy will provide startups and entrepreneurs with unique services and tools. Including GoDaddy E-store, to successfully build their digital presence, aiming at helping them attract customer attention and conversions to grow their businesses.

“We are excited to partner with Fawry to empower small business owners, startups, and entrepreneurs in Egypt by facilitating the process of shifting online,” said Selina Bieber, General Manager for MENA, GoDaddy. “Along with our affordable integrated suite of online services and easy-to-use tools, young entrepreneurs and business owners now have secure and easy e-payment methods that can help promote their journey towards utilizing digital solutions for their future growth,” Bieber added.

With over 20 years of experience supporting entrepreneurs, GoDaddy is keen to reach more Egyptian youth and business owners. By providing them with the necessary toolkit to name their idea, expand their digital footprint, and help them take their businesses online and grow.

Additionally, GoDaddy supports digitization needs by sharing information about the benefits of being online. Which, in turn, can help to serve Egypt’s digital transformation strategy and contribute to the state’s economy in the light of Egypt’s Vision 2030.

It is important to note that GoDaddy launched its Arabic Website Builder to allow local Arabic-speaking customers in the MENA region. To reach their audience in their mother tongue, creating a user-friendly interface, and providing a personalized user experience. Thus, grow their business, attract new clients, and retain the already existing customer base. 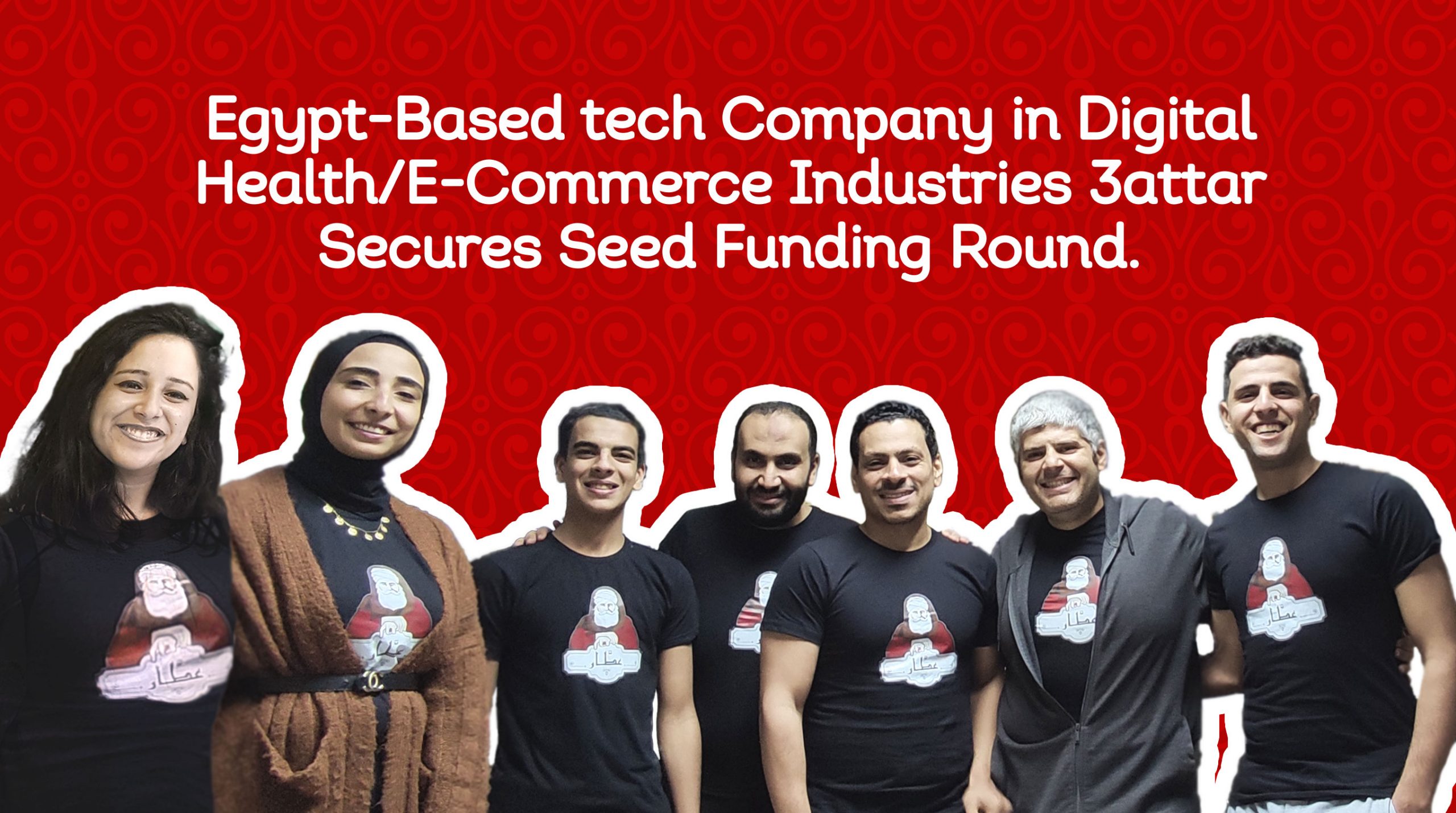 During the COVID-19 crisis, the company was quick to expand its ‘selection from a few hundred products to +3,000. Rendering it the biggest healthy-shopping destination in Egypt. Its unique name/logo combination expanded to grow into its own private label that generates 20% of the entire business revenue model.

Mohamed Ali, founder/CEO of 3attar said “We aim to become the dominant one-stop shop for the whole health community in Egypt. And expand into MENA regions; including chronic diseases and obesity by providing a holistic healthy lifestyle app.”

The company’s vision is to support the health community that is comprised of At-risk individuals who lack the resources, awareness, products necessary to alleviate their conditions and improve their health (customers suffering from Obesity, Diabetes, Allergies, Hypertension and more). Healthy individuals as well as Athletes, Dieters and Fitness professional. Who maintain and lead a healthy food intake and are constantly seeking a platform that holistically offers all their lifestyle needs.

Eng. Tarek Roushdy, investor and board advisory member of 3attar said: “Since the huge growth in the global “health” community is reaching the MENA region rapidly. 3attar made a smart move to be the first and only platform to serve not only the health community in Egypt and MENA. But also those who want to joint this movement. I am glad to be part of this journey helping them to bring such value to that big market ..”

Mariam Kamel, of AUC Angels said: “The specialized e-commerce space has witnessed increased inflow of angel investments and venture capital this past year. 3attar not only satisfies this, but also strives for impact in addressing the growing trends towards healthier living.”

The investment raised will be utilized to expand the customer-base through marketing acquisition and diversification. Further developing the tech-stack to achieve higher order volume and revenues.