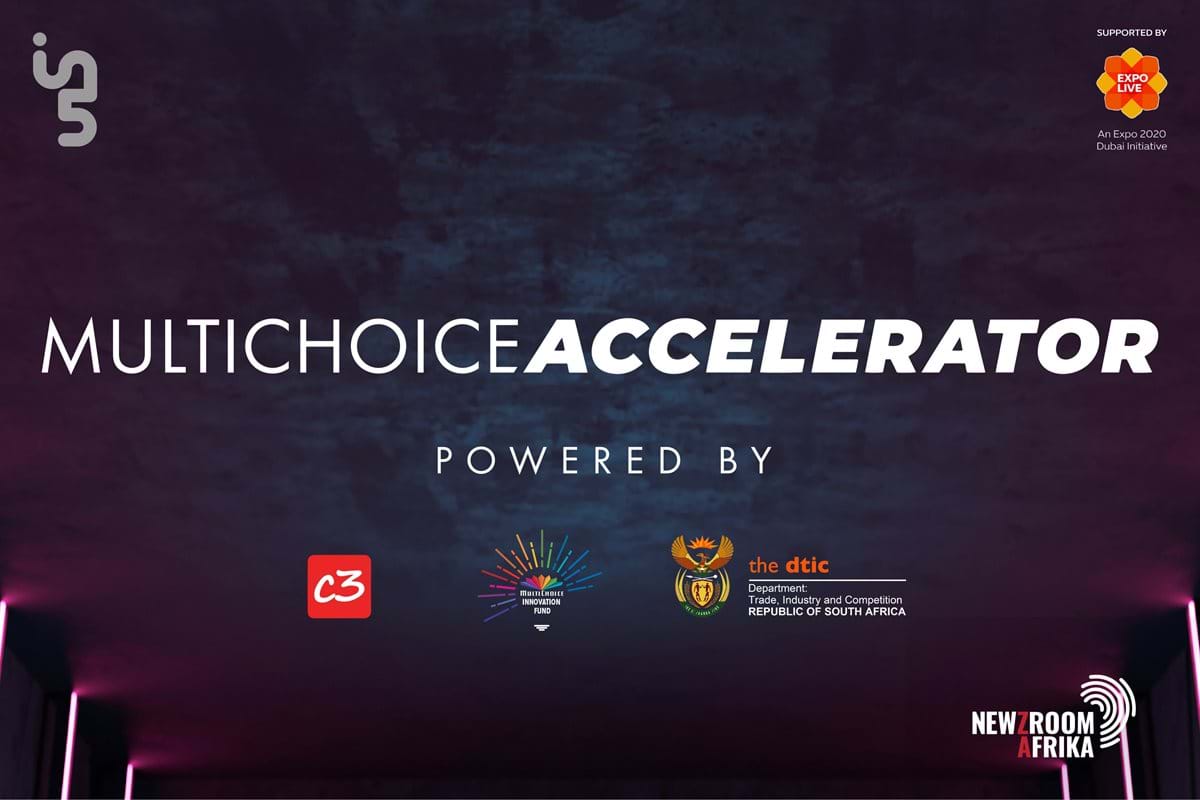 The MultiChoice Accelerator Programme is in collaboration with the Department of Trade, Industry and Competition (dtic), Galelo Africa and Companies Creating Change (C3). Which forms part of the MultiChoice Innovation Fund (MIF) and supports the growth and development of SMMEs in South Africa. It also aims to connect them with global investors to unlock business opportunities that will enrich their lives, the communities they function in and the South African economy at large.

The global investors that will participate on the panel comprise of representation from some of the United Arab Emirates’ (UAE) leading investor. And venture capital firms including Middle East Venture Partners and WAMDA Capital amongst others.

“As MultiChoice, we are excited to be able to create such a platform for up and coming South African entrepreneurs to raise more funding for their businesses as a result creating more opportunities for others. With unemployment rates so high in our country, this is important for MultiChoice. As we understand that the SMME sector is critical to create opportunities in South Africa,”. said Collen Dlamini, Group Executive of Corporate Affairs at MultiChoice.

The leading African video entertainment company has invested R52m made up of grants, resources, and business support towards the shortlisted companies ahead of their final pitch to the global investor panel. The selected companies are as follows:

Six finalists have been chosen from a cohort of 20 South African start-ups who have been part of the programme since September 2021. Representing sectors across Healthtech, Fintech, EduTech, Circular Economy and the Creative Industries. The  selected finalists will be going forth to take part in an intensive virtual bootcamp programme followed by a live pitch day to industry experts and investors. There will also be key addresses by Expo Live Senior Vice President, Yousuf Caires. And South African Minister of Small Business Development, Stella Ndabeni-Abrahams.

As part of the programme, the initial 20 start-ups had to attend 26 hours of training which saw them receive guidance on critical business fundamentals and exposure to expansion and fundraising opportunities that will come in handy for each start-up as they continue their journeys.

The programme which is facilitated by C3, a United Arab Emirates (UAE) based social enterprise with a footprint in 17 countries across the Middle East and Africa has enabled the start-ups to access a network of experts and trainers within the international start-up community that have put the entrepreneurs through a rigorous Investor Readiness (IR) programme that will see that they are prepared and fit for the final stretch. Medea Nocentini, C3 Founder, said, “I am deeply inspired by the six founders that have been selected for the final stage of the accelerator: they all have come a long way since the start of the programme with their dedication, perseverance and passion towards their businesses and the impact they are creating.  We are excited to see the levels that they have reached and their readiness to meet C3 experts and investors and to explore new opportunities stemming from the UAE.”

In partnering with MultiChoice, Galelo Africa – a black-owned South African financial advisory firm, that is also a former benefactor of the MultiChoice Innovation Fund. And currently manages the fund  came in a supportive role to assist the companies in developing their business cases (product and business development) as well as financial management.

As part of Team South Africa’s investment drive at Expo 2020 Dubai, MultiChoice as broadcast partner. Along with official news partner, Newzroom Afrika, will be broadcasting excerpts of the bootcamp programme along with each start-up’s journey throughout the programme. As part of the television series, My Start-Up Accelerated, airing Sundays until 30 January 2022 on DStv’s channel 405.

A new report that includes the surveyed opinions of more than 1,000 business owners from Kenya, Nigeria, South Africa and Egypt has revealed ease of use, reliability and speed as the preferred features for African businesses when it comes to business-to-business payment methods.

When asked what they liked about their current payment methods, 29 percent of respondents chose ease of use, 28 percent chose reliability and 18 percent chose speed. More than digitised processes (10 percent), affordability (10 percent) and customisation (5 percent).

The apparent transition from cash-based transactions highlighted in the report represents a major shift in business behaviour, with cash payments historically dominating B2B payment on the continent. The findings of the report also suggests that beyond the clamour for digitised payments, African businesses want payment processes that are effective and efficient, rather than digital payments just for the sake of it.

According to the World Bank, B2B payments in Sub-Saharan Africa represents a $1.5 trillion market. However, the process of making and receiving payment remains largely manual, which makes it expensive and highly inefficient for businesses. Invoices are also not standardised and they are typically issued and received manually, which increases the administrative burden on business owners, taking more time and effort that can be invested into their businesses.

Commenting on the findings of the report, Yele Oyekola, CEO and co-founder of Duplo, said, “African businesses, large and small, are the lifeblood of the continent’s economy, and making it easier for more to flow between them should be a priority. The data from the report highlights a much-needed transition from cash-based payments but that is just the beginning. There are still various challenges in the payment process that make it difficult for businesses to maximise opportunities to scale their operations. We need to constantly innovate around these challenges to more effectively position African businesses for the growth they need to power economic growth on the continent”. 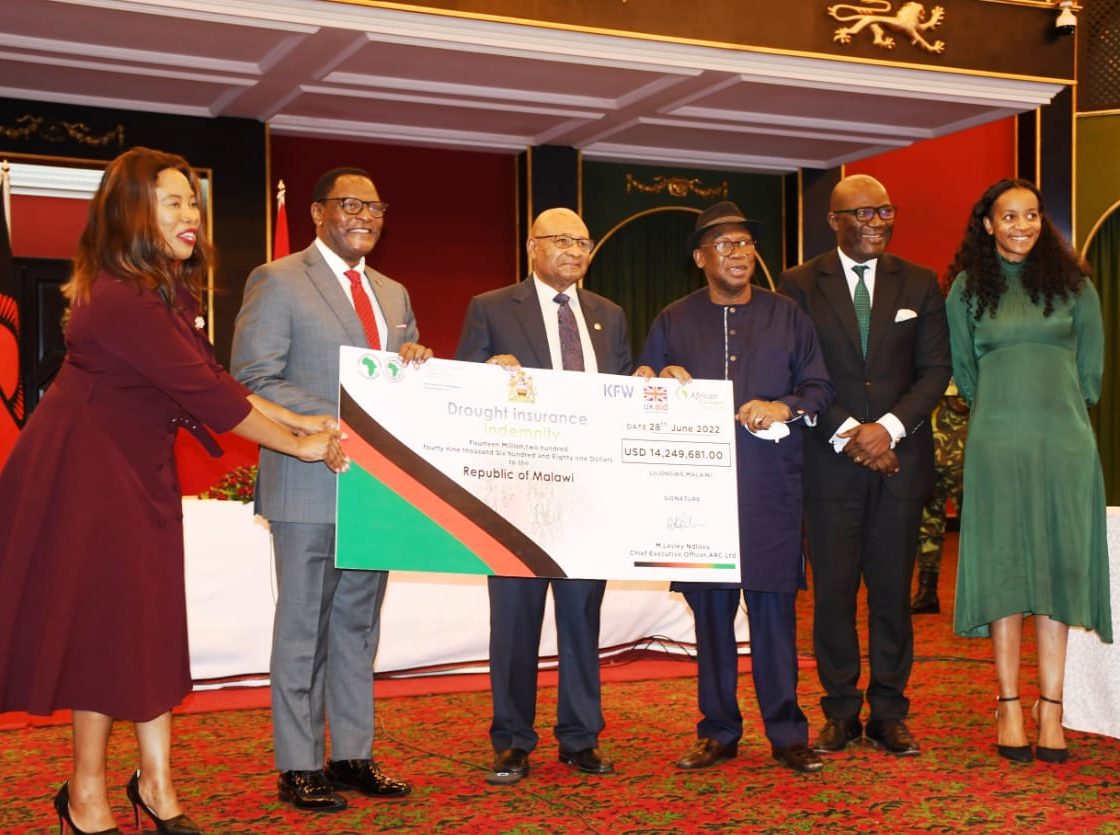 In a ceremony presided over by His Excellency, the President of the Republic of Malawi, Dr Lazarus McCarthy Chakwera, the Chairperson and Deputy Chairperson of the African Risk Capacity Group, in the presence of Representatives of Partners organisations (Ambassador of Germany to Malawi), and of the UN system (WFP and UNDP country directors), delivered a symbolic US$14.2 million insurance payout cheque to the Malawi Government.

“I assured Malawians that we have enough food for everyone and even those few whose crops had not done well would be provided for. My confidence came from the fact that we had taken this insurance policy to support Malawians in time of need. And I want to thank the ARC Group for honouring the agreed payout,” said His Excellency, Dr Lazarus McCarthy Chakwera, President of the Republic of Malawi.

The Government of Malawi had a drought insurance policy, supported by the African Development Bank through its Africa Disaster Risk Financing (ADRiFi) Programme Multi-Donor Trust Fund. Many regions of Malawi, particularly the Central and Southern regions, are experiencing severe food insecurity caused by drought-related events like erratic rainfall and crop failure.

During the 2020/21 season, the country experienced an unprecedented dry start to the production season, leading to higher rates of sowing failure in significant parts of the Southern and the Central Regions as modelled by Africa RiskView, the African Risk Capacity Group’s (ARC) risk modelling and early warning tool. This, combined with mid-season erratic rainfall conditions in most parts of the country resulted in a modelled number of people affected estimated at about 6.4 million, the second-highest number of affected people, since 2001.

“ARC’s drought insurance mechanism is an innovative pan-African tool that provides our member states with the funds needed to better plan, prepare and respond to climate-related disasters,” said ARC Group Board Chairperson, Dr. Anthony Mothae Maruping. “The payout to the Government of Malawi will not only release pressure on public finances but it will also bring nutritional and financial support to those that have been affected by the droughts caused by an increasingly variable and changing climate,” he added.

“Malawi is a signatory of the ARC Treaty and a key partner in the region. We have no doubt that the funds disbursed will support the country in scaling up its response to the drought-induced challenges,” said United Nations Assistant Secretary-General and ARC Group Director General, Ibrahima Cheikh Diong.

“ARC’s drought insurance product ensures the swift release of funds when they are needed most, allowing them to be channelled effectively to respond to a crisis. The most vulnerable in the country, who are facing severe hunger, will now have access to food relief,” declared Lesley Ndlovu, CEO of ARC Limited, the insurance affiliate of the ARC Group. 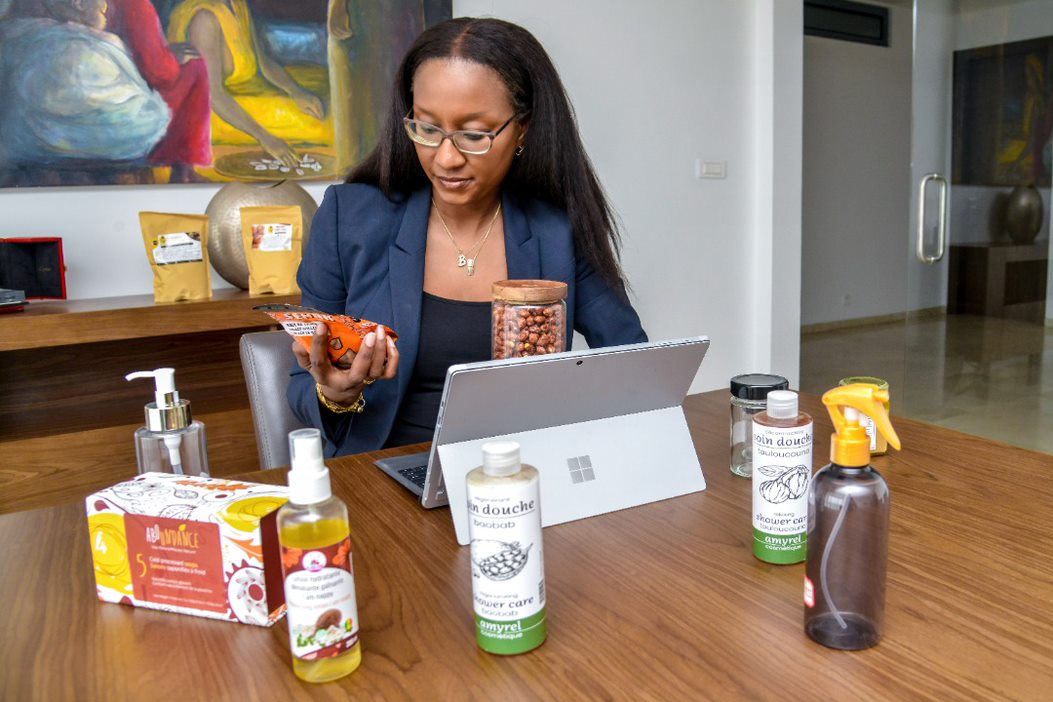 Today Kwely Inc announces its Top 15 list of brands based in Senegal for its brand incubation program that responds to the challenges surrounding packaging and access to international markets. After a competitive selection process and over 100 applications received in  Senegal, a pitch session was organized in the presence of investors, members of the Ministry of Commerce/E-Commerce, business leaders, coaches and entrepreneurs to select the most innovative  projects.

“This program will be run by industry experts to provide the best resources and skills to the selected brands. The challenge is to make them competitive in the international market. The mission is to find  these products in international retailers, hotels, airports, specialty stores and restaurants, but also on Kwely’s B2B e-commerce platform. This platform makes it possible to source high-quality products  from the best local producers, all while facilitating payment transactions and exportation.” says Birame N. Sock, Founder and CEO at Kwely Inc.

Among the selected brands are cosmetic brands ready to take the world by storm by redefining  the current A-beauty trend (African-Beauty). Their potential lies in the quality and authenticity of  their products based on local ingredients, the traditional production and manufacturing techniques  used, as well as the values behind each of these brands, namely the advocacy of Women’s.

entrepreneurship, the empowering of local communities, their strong ethics and their respect for the  environment.

Many food brands have also proven their originality through their innovative transformation of raw  food materials. We see this in the transformation of African recipes into food powder mixes, the  transformation of the Moringa plant, Boabab fruit, Niebe (Senegalese white bean) which are all  known for their rich nutritional values, fish products, exotic jams and more.

“The business owners that we have met are incredibly ingenious and ambitious: We feel that there is  clear research on the raw materials, the transformation process, as well as the strategy. These are  products that deserve to go beyond the local borders, be highlighted on foreign markets and  represent Senegal.” says Seynabou Thiam Monnier, Founder of Smart Ecosystem for Women.

The program will lead a “market test” phase of the distribution strategy after the local companies  receive support in branding, packaging, and access to market. The packaging studio will provide  all filling, packing, labeling and distribution services.