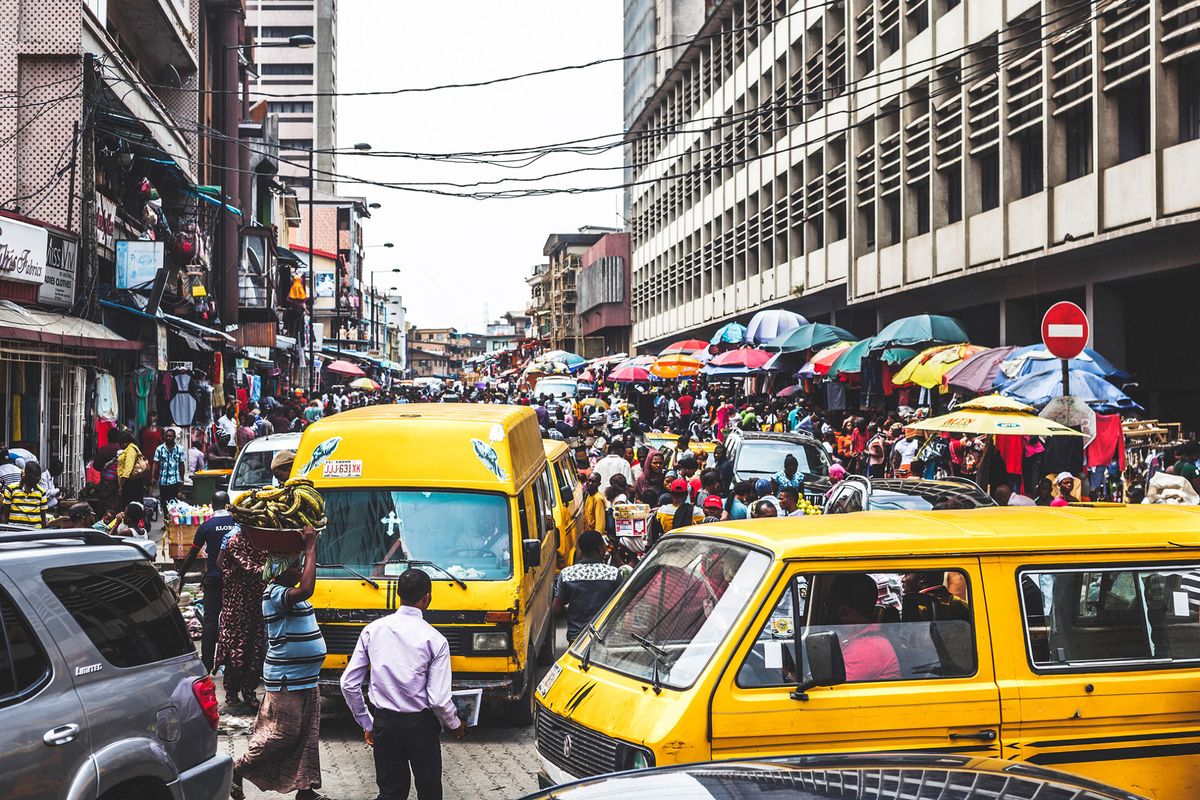 In a country like Nigeria that lacks social safety nets and has a minimum wage of less than US$98, a significant section of the population have no choice other than to turn to the informal sector as a survival strategy. However, there is every potential for the informal sector to be more than just a means of survival.  If carried out effectively, government engagement with the informal sector can lead to an invaluable economy boost.

The informal sector: What are its contributions?

Why must we pay more attention to the informal sector? Simple. The present and projected demographic of the Nigerian population demands it. Nearly 65 percent of Nigeria’s population is between the age of 15 and 64. Only about 8% of the adult population is formally employed.25% of Nigerian children aged between 5 and 17 are engaged in labour, all of whom are most likely in the informal economy. About 43 percent of women in Nigeria, particularly Northern Nigeria are married before the ages of 18 and in all likelihood have little to no chance of obtaining higher education. The chances of such individuals ending up in the informal economy are very high.

There are about 44.3 million small business owners in the sector employing about 22.9 million people. It is important to harness the potential contributions of the informal economy, which is responsible for the employment of such a significant section of the working population, to the fullest.

How can we remodel the informal economy? Two points will be made here. First of all, greater attention should be paid to proper regulation and structuring of activities in the informal economy. In doing so, the government could create an organization responsible for the registration of businesses in the informal sector all over the country. Such organization would be established by law and its activities monitored by established bodies. Subdivisions of such organization(s) at state and local government level could be established for effective monitoring at all levels. The Economic Growth and Recovery Plan (ERGP) developed by the Muhammadu Buhari Administration in 2017 places the responsibility of monitoring the informal economy on the Ministry of Industry, Trade and Investment. It remains to be seen whether this function will be carried out effectively by this organization.

Any formalization processes that will be carried out under the ERGP or any other economic plan should comply with International Labour Organization (ILO) standards in that it provides opportunities for income security, livelihoods and entrepreneurship. If the informal economy can be formalized through registration of informal businesses and workers, an obvious dilemma would be how to develop a proper taxation regime. If formalization does not result in taxation, government revenue from a significant aspect of the economy is reduced. Taxation on the other hand may discourage business owners and workers from being registered. A possible solution may be granting tax reliefs to registered businesses and workers below a certain income or profit level with income derived from taxation of formalized units being redirected towards investment in such sectors.

Accordingly,the government can create and sponsor low-cost well-equipped skill platforms that connects individuals willing to work in the informal sector and experts together. The current government appear to be taking steps in this regard. In 2015, the government approved the establishment of Vocational Enterprise Institutions(VEIS) and Innovative Enterprise Institutions(IEIS), secondary schools which work with businesses to provide vocational and technical training. There are now about 82 VEIs and 152 IEIs in Nigeria.

However, these institutions, as with other educational institutions in Nigeria, suffer from funding problems and are also expensive for many of the prospective beneficiaries. The government could provide assistance in this regard by subsidizing costs for prospective attendees. Alternatively, the government could collaborate with private organizations to organize periodic technical training programmes for members of the public. The allocations to the Ministry of Education in the 2019 budget proposal and projects listed under it do not indicate that the government is willing to make significant investment in this regard anytime soon.

It may be unheralded but the strong contributions of the informal economy to employment and economic growth cannot be easily discountenanced. With proper structuring, it could be an economic goldmine.

Oluwafifehan Ogunde is a research specialist and legal consultant. He has a PhD in Law from the University of Nottingham and is a qualified barrister and solicitor of the Federal Republic of Nigeria.

International Youth Day: How government can get 140,000 Youths out of unemployment in 2 years