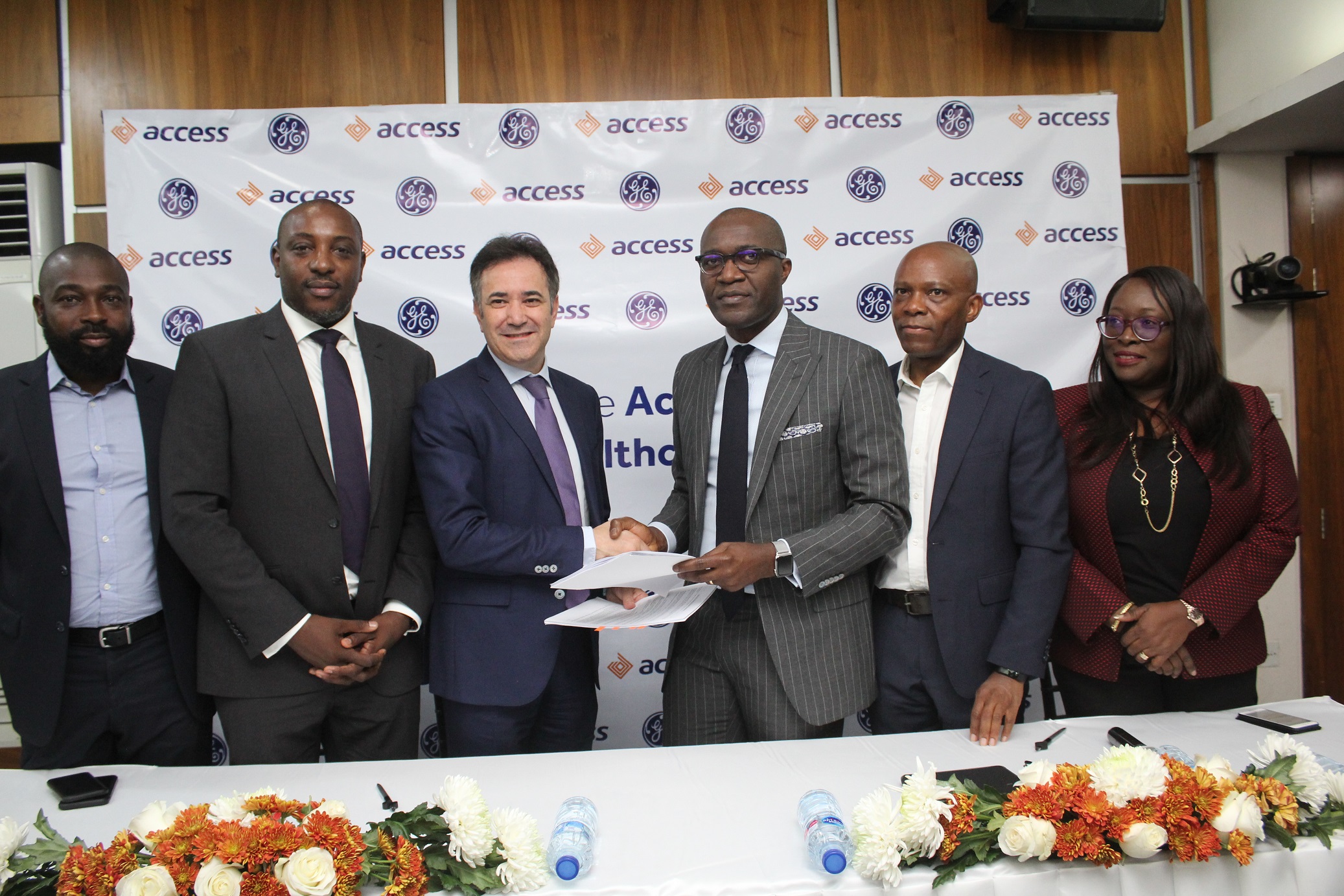 GE Healthcare and Access Bank Nigeria have entered into a partnership to provide Nigeria’s Private Healthcare Providers with equipment financing. Under the partnership, borrowers will be able to secure loans of up to $800,000 negotiable, based on the customer requirement.

Access Bank will provide access to loans for eligible healthcare providers, while GE Healthcare will support the program through provision of GE healthcare equipment and technical support. The equipment under the partnership scope include Imaging Solutions including Magnetic Resonance Imaging (MRI) and Computed Tomography (CT), Ultrasound Machines and Life Care Solutions. Borrowers which qualify for loans include private healthcare providers such as hospitals, clinics, diagnostic centres and other private practices offering a broad array of services.

Speaking at the signing ceremony, Mr. Eyong Ebai, General Manager for GE Healthcare West, Central & French Sub-Saharan Africa said, “We are committed to invest in Public and Private Partnerships that innovate new delivery models that will improve access to affordable and quality patient outcomes, as we progress towards Universal Healthcare Coverage (UHC) in Nigeria. Our partnership with Access Bank will help lift the financial burden off the healthcare providers.”

Earlier this year, GE Healthcare rolled out a similar initiative in Kenya in partnership with Medical Credit Fund to provide Small and Medium Enterprises (SMES) with financing for healthcare equipment.

“There is a need to provide innovative financing models for healthcare providers especially in the private sector, who currently face challenges accessing financing for purchase of healthcare equipment due to the risk associated with the business. As a financing institution, we are committed to provide financing at both the health-service-provider level and at health-service-consumer levels to ensure that the people of Nigeria have all they need to live healthy lives.” Said Mr. Herbert Wigwe, CEO Access Bank.

Access Bank was earlier this year recognized for the second time as the ‘Outstanding Healthcare SME-Friendly Bank of the Year’ at the Nigerian Healthcare Excellence Award (NHEA) 2019.

The need to provide affordable healthcare in Nigeria is key to the development of the Nigerian Healthcare sector. Even as the World Health Organisation has identified UHC as a unifying concept and goal for the Government as they strengthen their health systems and discharge their obligations under the right to health. GE Healthcare and Access bank scheme was therefore born out of the necessity to provide the needed support to the Nigerian Healthcare environs, by providing healthcare finance at affordable rates and longer tenor.

Suicide Prevention in Nigeria: How to Manage low mood and Depression 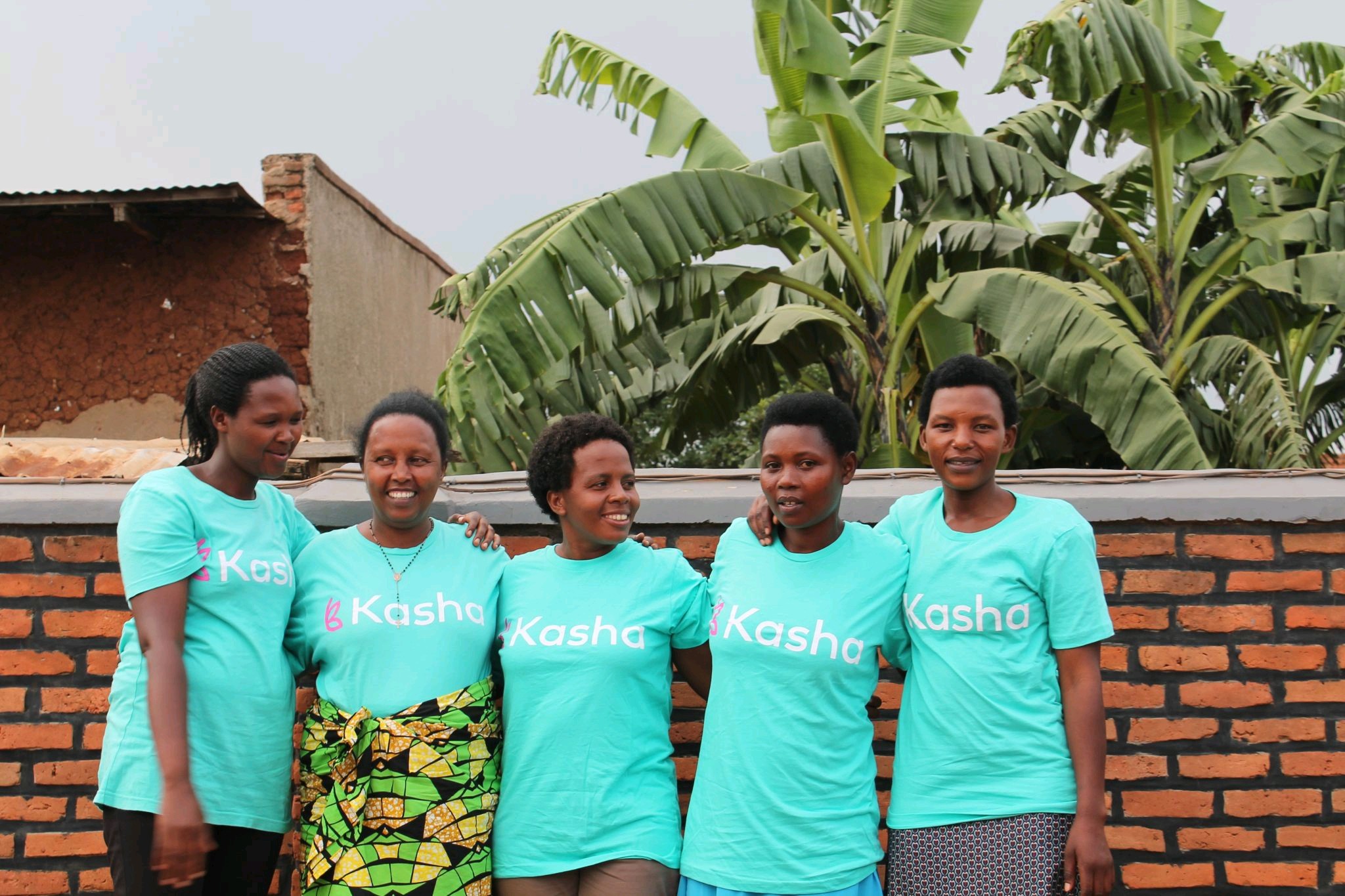 U.S. International Development Finance Corporation (DFC) today announced the disbursement of a $1 million equity investment in Kasha Global Inc., an e-commerce company that provides women’s health and personal care products to customers in Rwanda and Kenya, alongside investments from Finnfund and Swedfund. This investment was made through DFC’s Portfolio for Impact and Innovation (PI2) initiative, which aims to finance early-stage, high-impact solutions to challenges facing developing countries.

“High quality and equitable health services and products are fundamental to the wellbeing, and ultimately the economic potential, of women and girls in the developing world,” said Vice President for DFC’s Office of External Affairs Algene Sajery. “DFC is proud to support Kasha’s innovative business model, which is helping transform the personal care and health system supply chain in East Africa, and provide financing that strengthens economic growth in the region.”

“Kasha is excited to bring DFC on as an investor and as a long term partner,” said Kasha Global Founder & CEO Joanna Bichsel. “With the U.S. Government’s significant ongoing investments in the areas of Global Health and with DFC’s focus on supporting businesses proven to drive both commercial returns as well as social impact, we see strong win-win opportunities as Kasha continues to grow and scale across East Africa and beyond. We have been impressed with the level of support DFC is extending into emerging market businesses and into women-led and women-focused businesses.”

Many women in emerging markets lack access to safe, high-quality, and affordable health and personal care products as well as information surrounding these products. As products are often out of stock or counterfeit, the purchasing experience can be frustrating and disempowering for many women. Further, the stigma surrounding women’s health and personal care products in some cultures can have serious consequences. A UNESCO report estimates that one out of 10 girls in sub-Saharan Africa misses school during her menstrual period, amounting to as much as 20 percent of the school year.

Since 2016, Kasha has helped address women’s lack of access to health and personal care products by delivering a unique, discreet and user-friendly purchasing experience to the customers it serves. Through its e-commerce platform, Kasha has reconfigured the supply chain, delivery channel, and customer experience in order to meet demand. Kasha’s business-to-customer line of business directly sells products to customers in rural and urban locations across East Africa, especially low income communities. Kasha empowers over 400 local women to enter hard to reach communities to provide information and assist customers in purchasing products. The company’s business model is optimized to reach low income communities. Kasha has delivered over 1 million product units to over 130,000 unique customers, of which 63% are low income customers in Rwanda and Kenya.

Despite Kasha’s rapid growth and loyal customer base, fundraising is extremely challenging for start-ups in emerging markets, particularly during the COVID-19 pandemic. By investing $1 million in equity through the PI2 program, DFC aims to help Kasha fill the financing gap, providing the e-commerce company with the capital required to scale its business.

DFC’s investment advances its 2X Women’s Initiative, which has committed more than $4 billion of investment in projects that empower women in developing countries. The Kasha investment also qualifies for the 2X Challenge, an initiative of the G7 countries to support women’s economic empowerment. Kasha was co-founded by two women, 50 percent of Kasha’s senior leadership team are women, 75 percent of board members are women, 64 percent of Kasha’s employees are women, and the company’s products center around care for women and girls. Based on Kasha’s commitment to the 2X Challenge criteria, Kasha, DFC, Finnfund and Swedfund have signed a side letter which highlights Kasha’s 2X accomplishments and sets an example for other companies that seek to improve their businesses using the 2X Challenge criteria.

By focusing on innovative care delivery models and supply chain innovations, DFC’s financing also advances the agency’s Health and Prosperity Initiative, helping respond to COVID-19 and other health-related issues in Rwanda and Kenya. 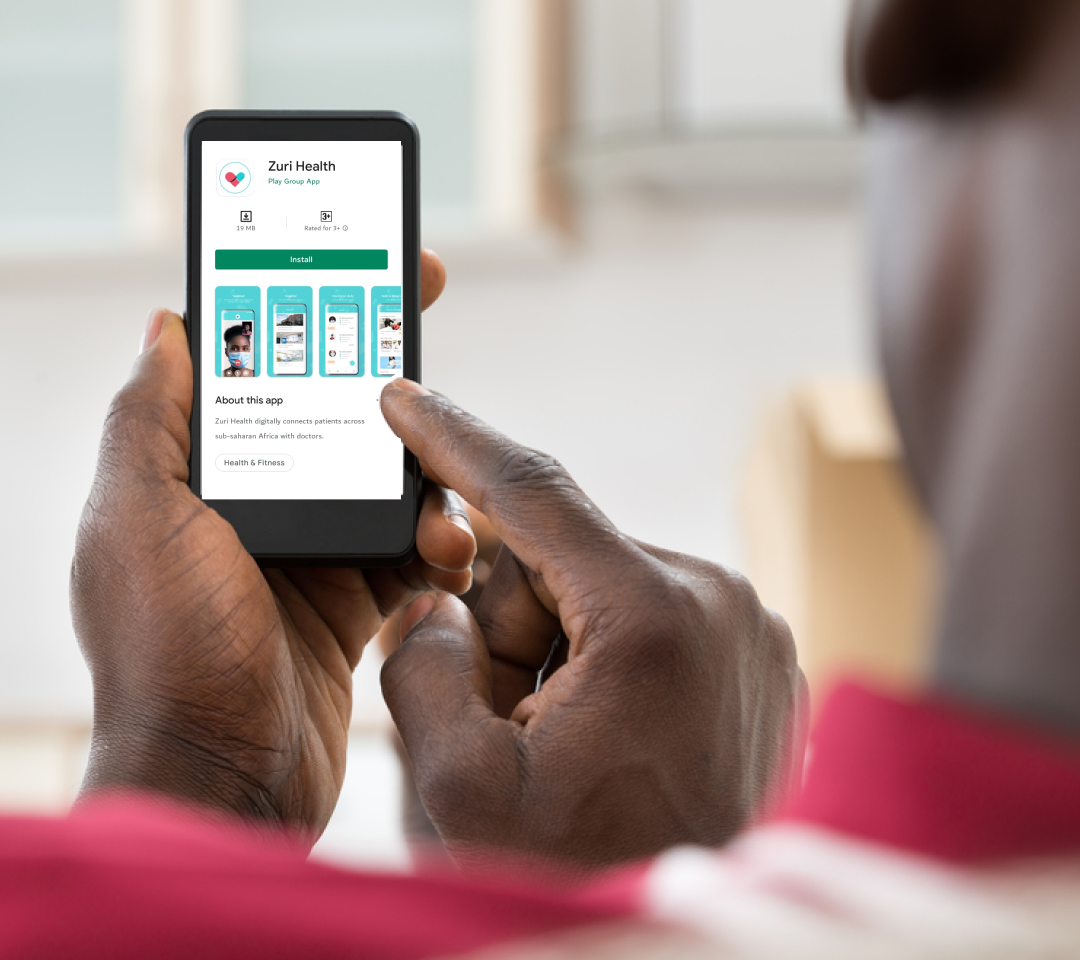 Play Zuri Health Limited, a branch of the Play Communications Limited announced the launch of their first mobile app, Zuri Health; that can be downloaded from the Google Play Store, Apple Store as well as the Zuri Health website.

Zuri Health’s mission is to provide certified, affordable and accessible healthcare solutions via mobile with dedicated apps, wap and SMS services based on availability, location and specialization of the medical providers.

Users will have access to a myriad of professionals and services from across their home counties. They are able to book appointments instantly with any medical professional or hospital within their geographic regions, book laboratory tests, chat with the practitioners via both message and video as an added feature and request for home visits by the Licensed and Certified Medical Practitioners.

Under Pharmacy, users can get their prescription and over the counter medication online and have it delivered to their doorstep.

The SMS service functionality of Zuri Health has been designed to reach a wide range of individuals or users who may not have access to WAP or internet enabled devices.

The app’s code was written with the daily challenges patients face in the journey of seeking affordable and accessible healthcare solutions. We solve the problem of expensive and inconvenient hospital trips for small or minor diagnosis and prescriptions, long waiting times and queues during doctors’ visits and appointments scheduling and booking which can be tasking.

Through our mobile app, we also help doctors to tap into a wider market of on-demand patients and earn extra money while saving lives.

“Zuri Health App is very personal to me. Millions of people in Africa do not have access to quality medical care. At Zuri Health we have taken time to develop a product that will fill that gap, giving doctors a wider and easier platform to reach patients who need them. With Zuri Health the underserved populace can now access affordable and sustainable healthcare.” Arthur Ikechukwu Anoke- C.E.O and Co- Founder Zuri Health.

Daisy Isiaho Project Manager and Co-founder in an interview said, “In my view, there is an urgent need to drive more meaningful conversations in relation to frameworks around Telemedicine because in Africa very few countries have these yet its fundamental if we should achieve the Sustainable Development Goals.”

Since the beta launch in November 2020 the company’s predicted three year growth plan is to have more than 20,000 registered doctors listed, 250,000 premium users and at least 1,000,000 mobile downloads. 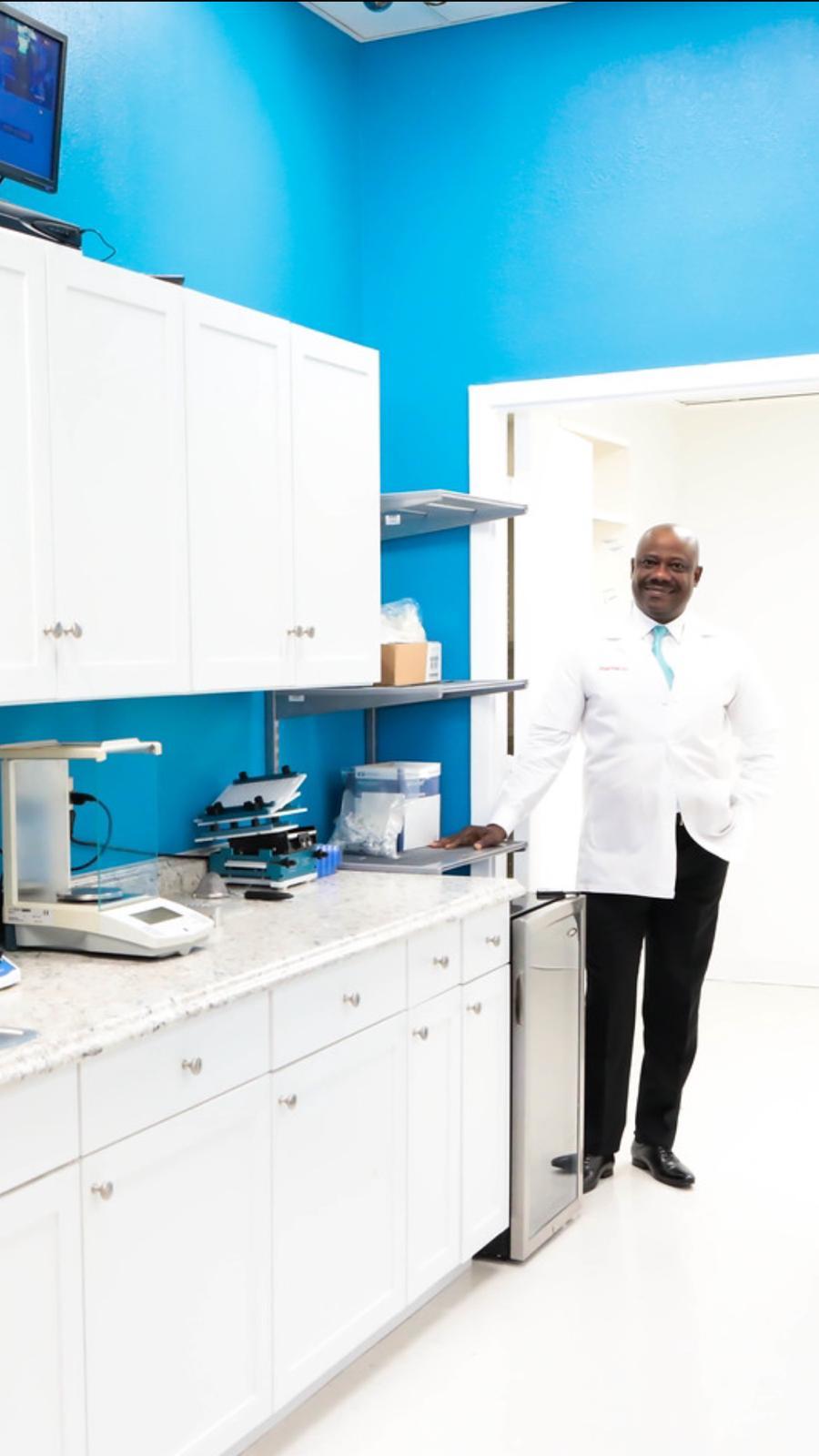