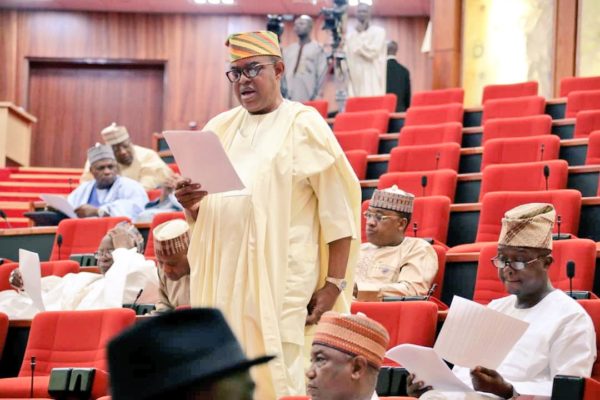 The Nigerian Senate on Wednesday passed a resolution calling on the Central Bank of Nigeria (CBN) to suspend the excessive ATM card maintenance charges being deducted from customers.

The resolution came as part of a motion sponsored by Senator Olugbenga Ashafa (Lagos East, APC) on the illicit and excessive bank charges on customers accounts,

The Senate also called on commercial banks operating in the country to configure their machines to dispense up to N40,000 per withdrawal pending the outcome of the investigation by the Senate committees tasked with investigating the excessive charges.

President of the Senate, Dr. Abubakar Bukola Saraki said: “This is a motion that affects the lives of every Nigerian — irrespective of what part of the country you come from or whatever political affiliation you might have. This is why we are here: to always defend and protect the interests of the Nigerian people.”

The Senate President stated that the Senate must work to ensure that its resolution on the excessive bank charges goes beyond the debate stage, so that whatever action the Upper Legislative Chamber takes, would come into effect.

“This Senate has done this many times before; when there was a hike in the mobile telecommunication data charges, we intervened and put an end to that. When there were discrepancies and increases in electricity prices, we also took action. We have done this on a number of similar cases. Therefore, on this, I want us to take effective resolutions,” Saraki said.

Other Senators who contributed to the debate, called on banks to review their charges.

“The common man is also a victim,” said Senator Emmanuel Bwacha, “Banks declare profits and you wonder where these profits are coming from — it’s from the sweat of the common man. Let us come up with a law that puts banks on their toes.”

“It won’t be out of place to institute a committee that will call on the CBN to tell us what these charges are about. The Senate by fiat should abolish charges if they can’t be verified,” said Senator Bala Ibn Na’Allah.

“The Senate must take a serious stand on this issue. Nigerians are really suffering. The banking system is not encouraging. I had an issue, took it to the bank and was refunded but how many Nigerians can do this? The issue needs to be addressed,” stated Senator Kabiru Gaya.

“For me, this is a major step that we are taking. This is because I introduced the first ATM machine that came into Nigeria over 25-years ago,” the Senate President, Dr. Saraki told his colleagues.

“Now, after 25-years, we should have grown out of these excessive charges and moved on. So, I believe that this is something that we must address to create an environment that protects all Nigerians, because these kind of charges in this economy affects everyone.”

The Senate further directed its Committees on Banking, Insurance & other Financial Institutions and Finance to conduct an investigation into the propriety of ATM card maintenance charges in comparison with international best practices and report back to the Senate.

The Senate also directed the committees to invite the Governor of the CBN to appear before it to explain why the official charges as approved by the CBN are skewed in favour of the banking institutions as against the ordinary customers of the banks.

The Senate called on the Consumer Protection Council to look into the various complaints of excessive and unnecessary charges by Nigerian banks. (NAN) 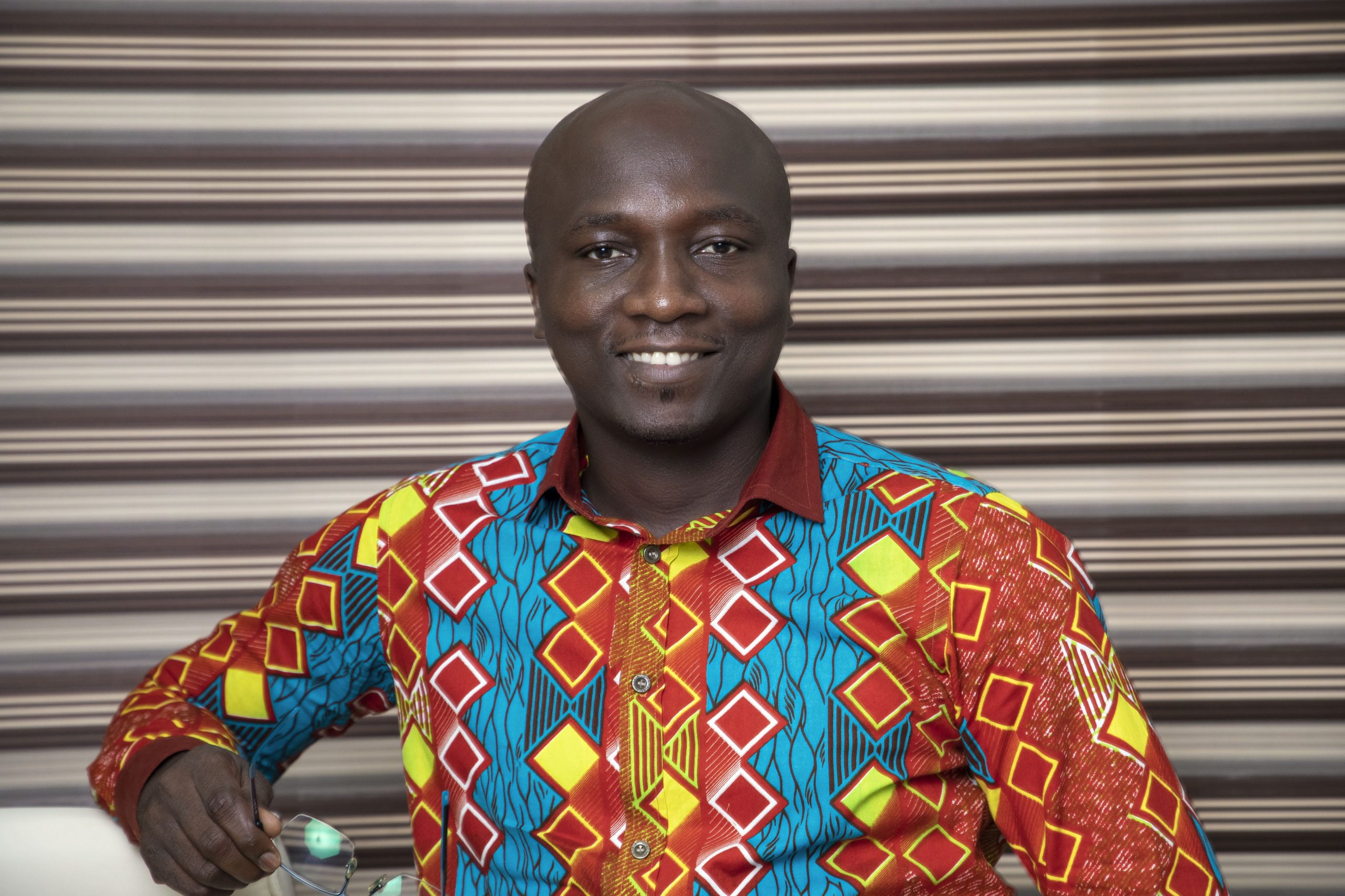 There has been a ‘material increase’ in awareness of financial service products like microinsurance during 2021, with growing numbers of Ghanaian consumers purchasing cover to protect themselves and their families in the event of hospitalisation or loss of life.

Francis Gota, the CEO of microinsurer aYo Intermediaries Ghana Limited, says the company has seen a strong increase in its customer base since the start of the pandemic, with more than 6 million customers on its books at the beginning of November. It expects to add another 1.8 million customers in 2022. The company offers Hospitalisation and Life Insurance Cover through its two insurance products, ‘Send with Care’ and ‘Recharge with Care’.

“Microinsurance is dispelling the myth that insurance is just for the wealthy, educated, and formal-sector employees. Today, every Ghanaian consumer can purchase insurance on the go, using their mobile phones. Phone penetration and technological advancements are making it much easier to reach clients and provide better, more cost-effective service,” said Mr Gota.

Microinsurance is seen as a powerful enabler of financial inclusion in African markets, providing a much-needed social safety net that helps vulnerable people and particularly people with low incomes to stay afloat when the unexpected happens.

“Covid has made many people aware that tomorrow is not promised. As a result, many consumers have a better appreciation for insurance now, and this given us an opportunity to help protect more people than ever before, by providing cover against unexpected life events,” said Mr Gota.

Over 6 million subscribers are currently using aYo’s Recharge with Care product, which offers life and hospital insurance cover every time customers recharge their MTN airtime. Customers can get up to GH¢120 for each night they are admitted to hospital, and up to GH¢6,000 life cover for themselves and one family member who is registered on the policy.

For Recharge with Care, subscribers sign up via app.ayo4u.com or by dialling *296#, selecting option 1 and following the prompts. They can sign up for MyLife, MyHospital, or both. A maximum premium of GH¢6.00 provides cover that is valid for 30 days. Subscribers use the same process for filing claims (*296#, option 1, option 7, and follow the prompts.) Valid claims are paid directly to the claimant’s mobile money wallet.

MTN MoMo subscribers can send MoMo through aYo Send with Care by dialling *170#, select option 1 (transfer money) and then option 3 (Send with Care) on the mobile money menu. This will give them up to GH¢30,000.00 hospital and life insurance cover for themselves, and up to GH¢3,000.00 life cover for their family members (the receivers of the MoMo). 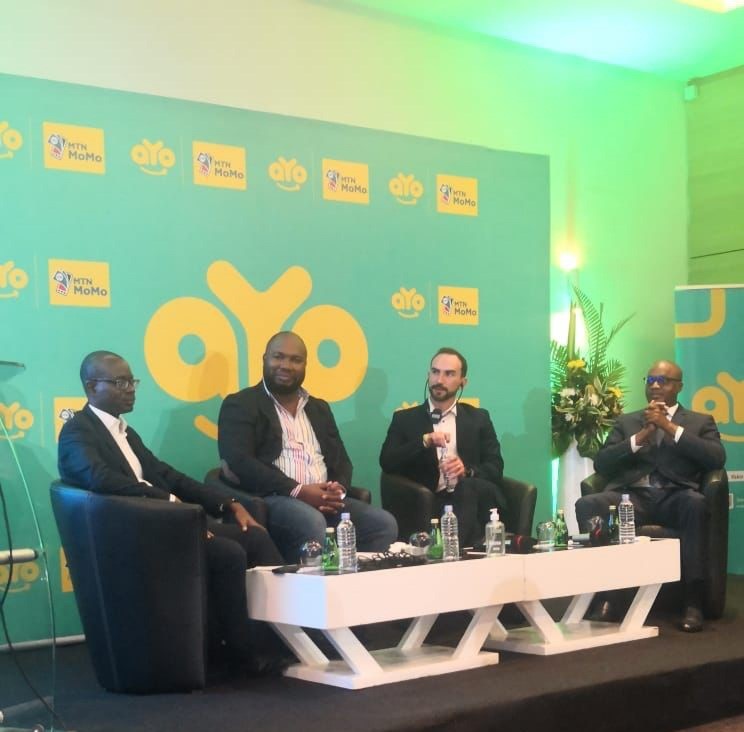 When it comes to mobile money, there’s no doubt that Africa leads the world. From humble beginnings as a peer-to-peer money transfer system back in 2007, it has boomed to nearly $500bn in transactions in 2020, with more than 560 million users across the continent.

According to the GSMA’s State of the Industry Report on Mobile Money 2021, global daily mobile money transactions exceeded $2 billion for the first time last year, and are expected to pass $3 billion a day by the end of 2022. And there’s still more growth where that came from. According to the Wall Street Journal, only 45% of the continent’s population has an active mobile phone.

What’s interesting is that customers are not only using their accounts more frequently, they are also using them for new and more advanced use cases. Many of the socio-economic and development challenges arising from the pandemic are being tackled with mobile money solutions. This suggests that more people are moving away from the margins of financial systems and are leading increasingly digital lives, the report said.

This is particularly good news for the microinsurance sector, which is growing steadily across Africa on the back of mobile network expansion, and is covering millions of people against financial shocks caused by unexpected life events.

Will microinsurance’s growth mirror that of the mobile money space in Africa? It’s hard to say at this stage. Right now, there are 130 mobile-enabled insurance services in 28 countries, with over half offering coverage for life and funeral or health and hospitalisation services. According to the GMSA report, 43 million policies were issued in 2020, two-thirds (29 million) of which were life and health insurance policies.

For microinsurance to show MoMo-like growth a few things have to happen:

First, a shift in existing perceptions of insurance as something that’s expensive, reserved for the middle class, or not to be trusted. This shift is slowly gathering momentum, largely through word of mouth. The more people experience the tangible benefits of microinsurance, the more they talk about it in their community, which drives greater trust – and ultimately, greater uptake.

Secondly, we need greater diversification of product and benefit options. While some insurance providers have already expanded their offerings from life and health insurance to income protection, education and even house insurance, life and health coverage remain the prevailing offerings.

Thirdly, it’s vital to have enabling insurance and telco regulations across the continent. For example, tax on the use of airtime as a premium collection method in some markets will have to be exempted in some countries. In others, restrictions on mobile money premium collections will have to be amended. The challenge is to build in consumer protection mechanisms to prevent over-charging of customer airtime or mobile money wallets from multiple products, and to ensure sufficient balances remain for other spending needs.  We certainly don’t want to see outcomes similar to over-indebted consumers burdened with additional debit order or payroll collections for insurance, as has happened in some markets in the past.

Finally, we need to ensure profitable business models for all product providers in the value chain.  While mobile channels reduce the marginal costs of accessing information and participating in financial service activities, the industry still relies on driving sufficiently high volumes of transactions at low costs, and low-cost distribution models. Many consumers still demand some level of face-to-face intermediation, which adds a layer of costs to the equation.

The stage is set for microinsurance to boom in Africa – and hopefully follow the mobile money growth trajectory. And that will be good for everyone, most of all consumers who are currently underserved and under-covered. Let the growth begin.