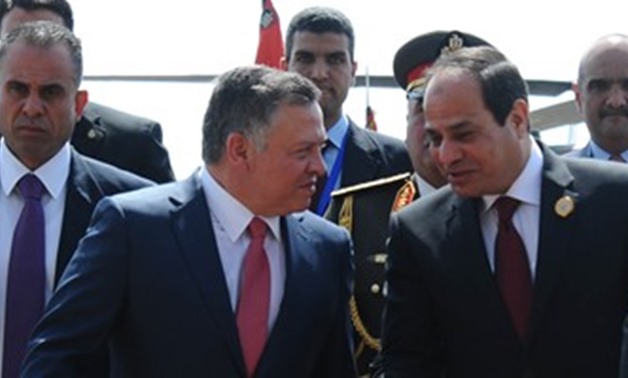 AMMAN – 9 May 2019: A Jordanian-Egyptian-Iraqi meeting discussed in Amman on Thursday preparation of plans and mechanisms to implement what was agreed upon during the three-way summit held recently in Cairo between King Abdullah II, Egyptian President Abdel Fattah El Sisi and Iraqi Prime Minister Adel Abdul Mahdi.

It also discussed cooperation in the sectors of energy and infrastructure, reconstruction as well as increasing trade exchange.

Al-Hammouri said the meeting comes to build on the trilateral summit of the leaders of our countries and to institutionalize joint cooperation and coordination efforts. “The meeting represents an important opportunity to translate the special relations between the three countries into fruitful and constructive cooperation in the economic, trade and investment fields,” he added.

For his part, Egyptian Minister of Trade and Industry Amr Nassar said that the meeting reflects the interest of our countries to follow up on the results of the tripartite summit held in Cairo, calling for building strategic partnership relations between Jordan, Egypt and Iraq in the economic and trade fields.

Iraqi Minister of Industry and Minerals Saleh Al-Jubouri also stressed the importance of the meeting to following up on the results of the three-way summit held recently in Cairo and working together to implement items that have been agreed upon.

German Businesses to Partner with Angola in Economic Diversification