African digital TV network operator, StarTimes, in conjunction with the Beijing Municipal Bureau of Press and Publication, has introduced the annual broadcasting season and promotion of Chinese movies, drama series and cultural fiesta in Nigeria in a bid to foster inter-cultural promotion between Africans and Chinese.

The Global Vice President of StarTimes, Ms. Guo Ziqi, said, “Nigeria is home to the largest subscribers of StarTimes and I believe that this corporation will further promote the friendship between Nigeria and China.”

According to Ziqi, present at the launching ceremony in Abuja were dignitaries from the Nigerian Ministry of Information and Culture, Nigerian Broadcasting Commission, Nigeria Television Authority, StarTimes International Group, the Beijing Municipal Bureau of Press and Publication and the Chinese Embassy in Nigeria.

She said some of the selected movies and Chinese drama series included Chasing After the Love, Woman from the Family of Swordsman, Mazu, Go Away Mr. Tumour, Finding Mr. ‘Right, ‘Beijing Love Story, and Back In Time.

The Deputy Director of Beijing Municipal Bureau, Ms. Yang Peili, was quoted to have said, “The launch of the Beijing TV Dramas and Movies Broadcasting Season in African countries aims to bring more Chinese stories into Africa and promote the cooperation in film and TV industry between the two sides.”

Meanwhile, StarTimes has added CNBC Africa, a business and financial content provider, to its channel options as a major boost to business and investment discourse in West Africa.

The company hopes to enlighten investors and entrepreneurs with business and finance-focused programmes on CNBC Africa such as Opening Bell and Closing Bell that take the viewers on a journey through Africa as the capital markets open and close every weekday.

According to a statement by the firm, Channel 309 will officially be the 24-hour home of CNBC Africa, and will cater to subscribers across the country.

The statement also said programmes such as Hot Stocks, among others, would benefit different levels of interested and invested individuals by providing in-depth analysis of the latest news on market stocks and the best ones to invest in.

Bolaji noted that CNBC Africa would boost its viewership in West Africa by about three and a half million new viewers, adding to the channel’s already extensive reach across the African continent as it launches on the StarTimes digital television network in Nigeria.

“As a business, this addition means an exciting scale-up on our life-enriching news channel options for esteemed subscribers and reinforces StarTimes’ stature as the fastest growing Pay TV network operator in Africa,” he added.

Bolaji explained that CNBC Africa also had a lifestyle programmes such as My Worst Day, where successful entrepreneurs share their worst experiences with the viewers.

The Marketing Director, StarTimes, Oludare Kafar, said, “The new channel will grant subscribers smooth access to various news and programmes, which provide insightful business information, analysis and intelligence from seasoned anchors and experts both on the African and international financial markets.”

NIMN Inducts New Fellows, and Five As Board Members 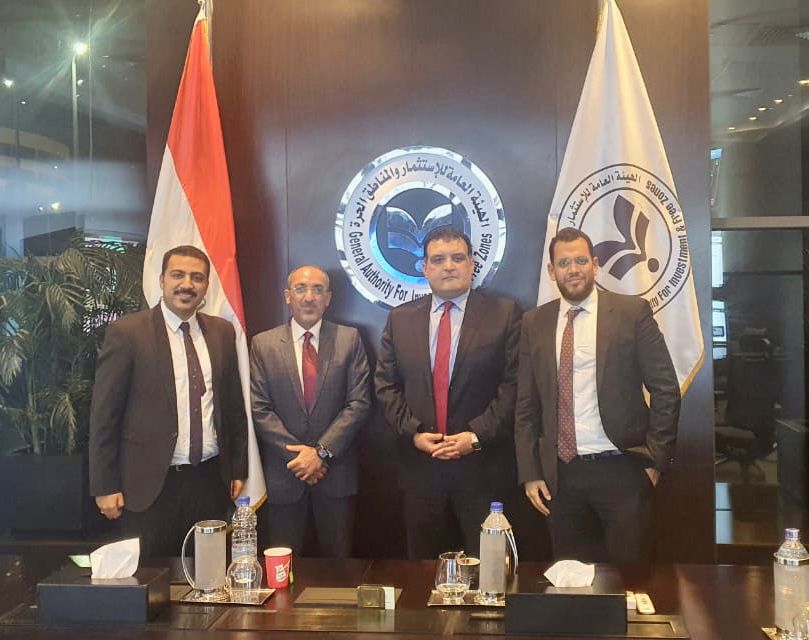 Softline, the leading company in digital transformation, cloud and cybersecurity services, unveiled a plan to increase its business and investments in Egypt. The company recently held a series of meetings with officials in different sectors and government institutions including the Ministry of Communications and Information, The General Authority for Investments and the Information Technology Industry Development Agency (ITIDA).

During these meetings, representatives from the company and government discussed a wide range of issues including Softline’s targeted investments over the next few years, as the company works to consolidate its presence and investments in Egypt. They also discussed the joint frameworks of cooperation to support Egypt’s national plan for digital transformation, which encompasses various companies and sectors.

The meetings also touched on the company’s plan and strategy to hire recent engineering graduates from Egyptian colleges – especially the technology colleges – and also providing ongoing support through training.

Engineer Ahmed Nabil, the managing director of Softline Egypt commented: “It was an honour to meet with officials and decision makers in Egypt, which is making a great leap forward in terms of its digital transformation and IT. Today we are looking forward to expanding our business in the Middle East by increasing our investments in Egypt, which will also serve as a hub for our business in the region.”

Softline provides digital transformation and cybersecurity services in more than 50 countries and around 95 global cities. Roy Harding, Softline International’s President mentioned: “These meetings have given us a very clear sense of how Softline can support the public and private sectors, and we’re excited to be playing a part in realizing Egypt’s vision for overhauling its digital infrastructure over the next decade.”

Atul Ahuja, Softline Senior Vice President for Middle East, Africa and Asia, commented: “At Softline Egypt, we feel we are at the right time and right place. Softline’s global experience in offering solutions and services for emerging economies would be just right for the growth and transformation Egypt as a country is experiencing”.

The company also contributes to building and managing a safe hybrid infrastructure for its clients. It also provides support and maintenance teams for the required infrastructure to support global digital transformation, cloud services and cybersecurity.

Nabil, asserted that the stable economic situation in Egypt and the continued improvement of the investment environment in Egypt “gives us a confident push to increase our investments in Egypt and support Egypt’s national agenda and the long-term strategic plan of the state to achieve the principles and goals of the sustainable development in all sectors according to Egypt 2030 vision”. 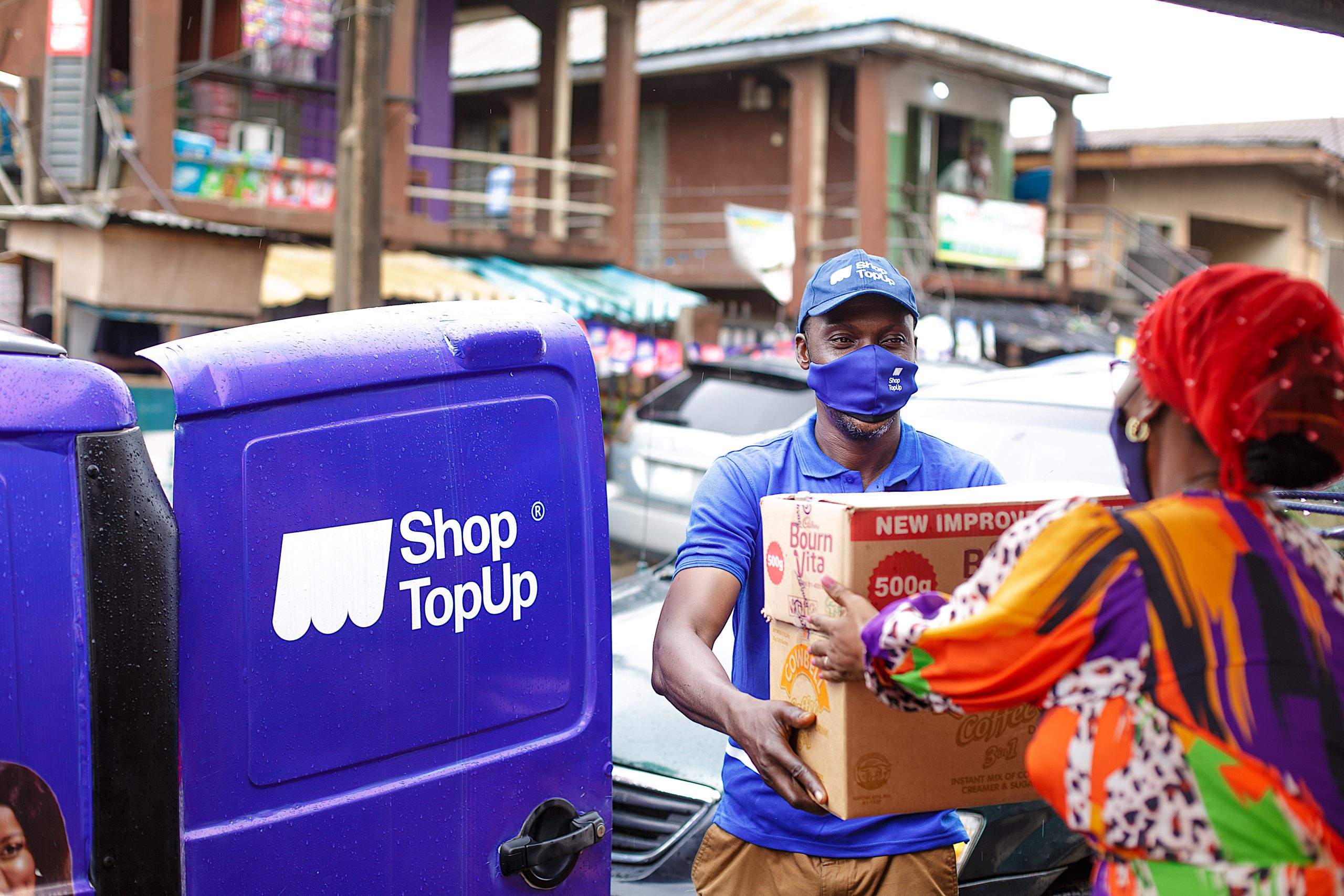 TradeDepot, the leading B2B eCommerce and embedded finance platform in Africa, has raised $110 million in an equity and debt funding round. This will support the delivery of Buy-Now-Pay-Later services to 5 million SME retailers and drive further expansion of its merchant platform across the continent.

The Series B equity round was led by the International Finance Corporation (IFC) – a member of the World Bank Group, with participation from Novastar, Sahel Capital, CDC Group, Endeavor Catalyst and existing investors, Partech and MSA Capital. The debt funding was led by Arcadia Funds.

Africa’s SME retailers generate $1 trillion in sales annually and contribute $2.6 trillion to the continent’s nominal GDP, but a fragmented distribution network and lack of access to financing has led to inefficiencies in distribution and many missed opportunities across the value chain. Via its ShopTopUp platform, TradeDepot offers a broad range of consumer goods to SME retailers within its network and provides credit lines to enable these retailers to access inventory and pay in installments as they sell on to their own customers.

The new funding will expedite the delivery of this service to more retailers, increasing penetration for consumer goods brands and driving prosperity in one of the continent’s most critical sectors. With active operations in 12 cities across Nigeria, Ghana and South Africa, TradeDepot leverages its data, technology and robust logistics operations to connect retailers with suppliers and unlock financing to fund inventory purchases for retailers, enabling increased sales, higher margins and other value-added services for all parties.

Speaking about the new funding, Onyekachi Izukanne, CEO and co-founder of TradeDepot, said, “We remain super focused on making digital commerce and financing both accessible and affordable to neighbourhood retailers across key cities in Africa. We are delighted to be joined by an elite group of new investors and have IFC’s Wale Ayeni and Brian Odhambo of Novastar joining our Board of Directors, to support us on this journey to drive growth and prosperity across the continent.”

TradeDepot has built a network of leading consumer goods brands and SME retailers across Africa, and created a proprietary risk scoring engine that uses retailers’ purchase history, previous repayment performance and other related data points to predict their creditworthiness. This game-changing financing model coupled with industry-leading technology to support logistics operations has led to a 200 percent increase in transaction volumes for retail store owners.

“The informal sector is a large and critical part of Africa’s economy, accounting for around 80 per cent of jobs in the region,” said Makhtar Diop, IFC’s Managing Director. “We are excited to work with TradeDepot to leverage technology to help small businesses across the continent, particularly the many retailers led by women, access the resources they need to grow and scale.” 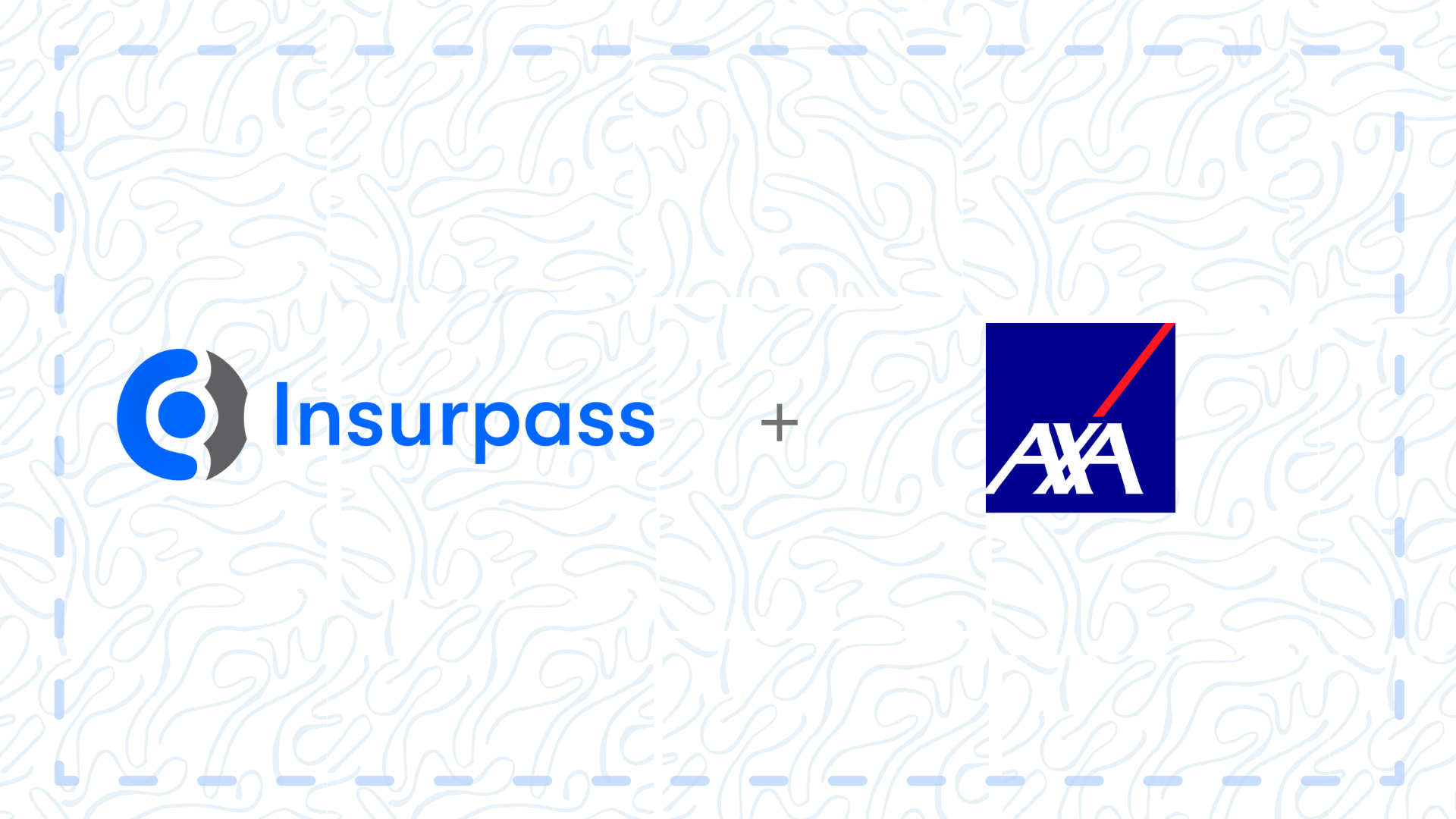 Insurpass, an insurance technology company has partnered with AXA Mansard, a leading player in the insurance and asset management sector to provide access to affordable insurance coverage for emerging customers in Nigeria.

The partnership will leverage Insurpass’ Open Insurance API to provide easy access to AXA’s health insurance products such as Malaria-care, Malaria-care plus, Easy Care, and so on.  AXA’s Malaria-care provides quality malaria test and treatment to customers at various accredited partner pharmacies nationwide. Malaria-care plus provides cashback on customers’ hospital expenses when placed on admission for 2 or more nights and pays life insurance benefit to the customer’s beneficiary in an event of a customer’s death. Easy Care provides comprehensive health coverage and gives customers access to over 1000 hospitals nationwide.

Insurpass, in its drive, to deepen insurance penetration, increase financial inclusion and break the barrier to accessing insurance coverage in Nigeria. Through its plug-and-play API infrastructure and embedded insurance model will enable other service providers ranging from Banks, Health-techs, Edu-techs, and various point-of-sale agents to enroll customers for this health insurance scheme. The company also promises coverage to the base-of-the-pyramid consumers who live in rural areas. And do not have access to smartphones or internet service, as it will enable them to access healthcare insurance. Through thousands of point-of-sales agents who already carry out mini-financial activities around their neighborhoods.

Speaking about the partnership with AXA Mansard, Gloria Agboifoh, Head of Partnership and Business Development at Insurpass stated that, “Insurpass at its core is committed to breaking the barrier to inclusive insurance in Nigeria and bringing innovative and affordable insurance closer to the very people that needs it the most and this partnership goes a long way in bringing the company closer to its goal of democratizing access to insurance coverage starting with health insurance”.

In the same vein, Mr. Alfred Egbai, Head, Emerging Customers and Digital Partnerships Group at AXA Mansard, stated that “our aim is to create innovative products that cater for the needs of our customers. We will therefore continue to strive to ensure that these products are easily accessible, this is why we have partnered with Insurpass to achieve this objective”.

AXA Mansard is registered as a composite company with the National Insurance Commission of Nigeria (NAICOM). The Company offers life and non-life insurance products and services to individuals and institutions across Nigeria whilst also offering asset/investment management services and health insurance solutions through its two subsidiaries – AXA Mansard Investments Limited and AXA Mansard Health Limited respectively. The parent company was listed on the Nigeria Stock Exchange in November 2009.

Customers can also access affordable insurance products on their devices when they log on to BimaCred an online platform powered by Insurpass.