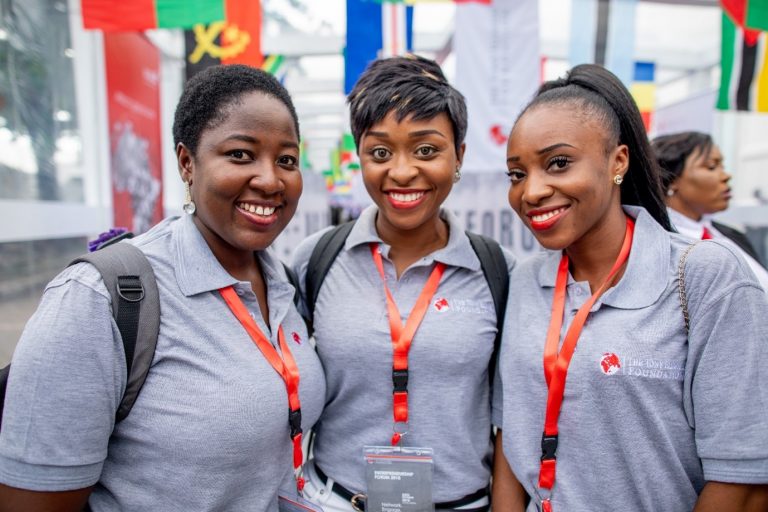 To address the unique challenges arising from the pandemic, lift millions out of poverty and create sustainable employment across the continent, the Foundation’s Entrepreneurship Programme will empower 1,000 young African entrepreneurs, selected from the 2020 cohort.  The Foundation will also open applications to an additional 2,400 young entrepreneurs in 2021, in collaboration with global partners.

The Tony Elumelu Foundation, which celebrated ten years of impact in 2020, is empowering a new generation of African entrepreneurs, through the TEF Entrepreneurship Programme.  Successful applicants receive a world-class business training, mentorship, non-refundable seed capital up to $5,000, and global networking opportunities.  The Programme is open to entrepreneurs across Africa, both new start-ups and existing young businesses, operating in any sector.

The Tony Elumelu Foundation’s $100million Entrepreneurship Programme, launched in 2015 to empower 10,000 entrepreneurs over 10 years, is now entering its 7th year and has empowered to date, over 9,000 young African entrepreneurs from 54 African countries.

Prospective applicants should apply on the digital networking hub for African entrepreneurs, www.tefconnect.com 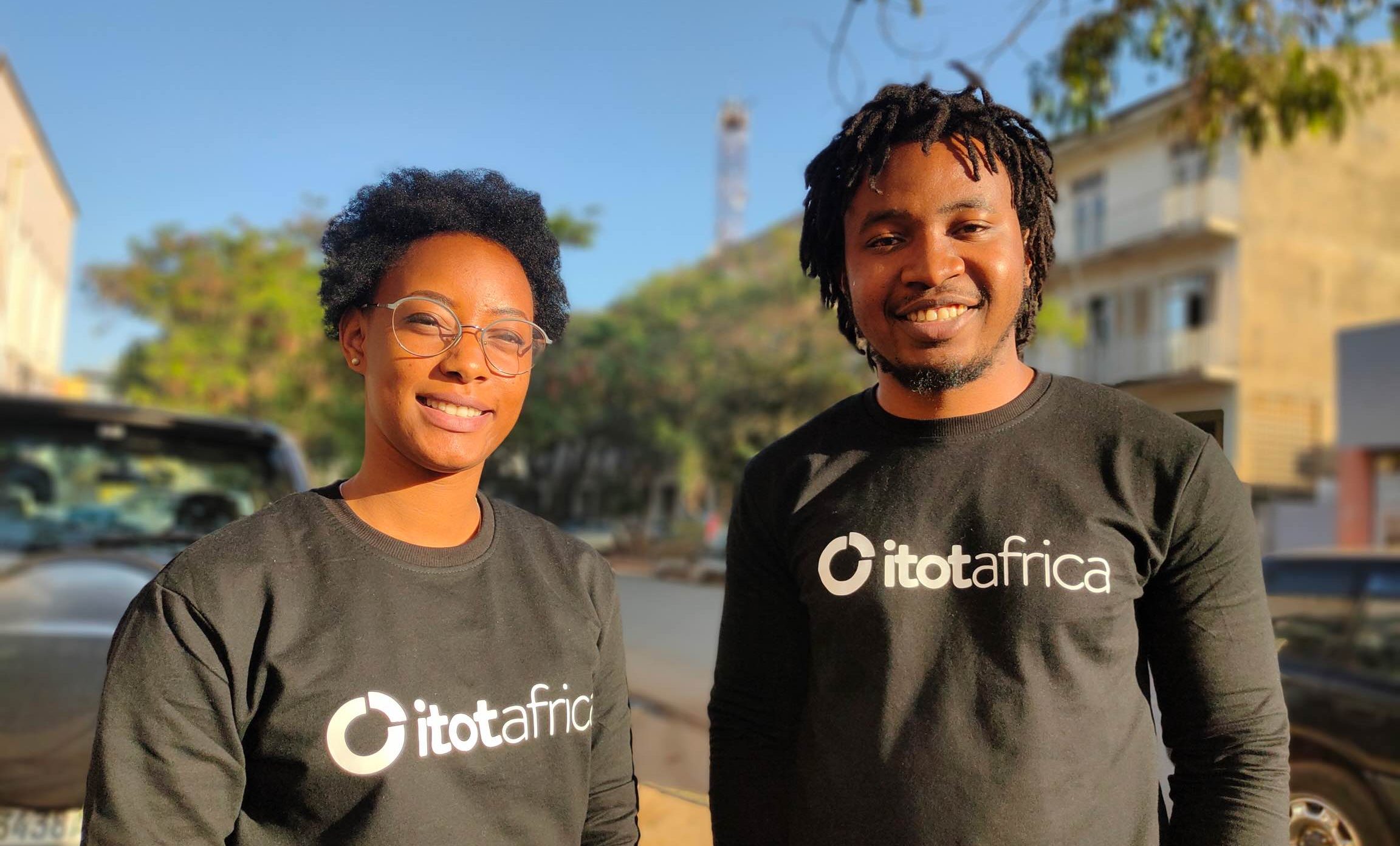 OKADEMY is an on-demand digital training platform. Launched by Itot Africa in 2017 with the aim of sharing digital skills in order to create and bring jobs back to Africa. Itot Africa has already been able to physically train more than 700 people and create more than 100 jobs. To be able to meet the great demand for digital skills and talents in Africa, the team came up with an innovative concept, “a restaurant for the brain ”.

Like a restaurant, people can take these courses at their own pace, at any time, and at affordable prices tailored to the local economic climate. The digital platform  provides training on demand, primarily courses that offer digital and business skills. Then, they make these training available online and in all of their partner training centers that they call restaurants for the brain.

Okademy’s main objective is to enable people who are unemployed or far from employment to get closer to, find or create a job through training adapted to the needs of the labour market. Through a career follow-up system and networking with employers.

“We must allow people to feed their brains at their own pace, with the knowledge they really need, for professional purposes or simply out of curiosity,” explains Samy Mwamba, Director of Itot Africa.

“By 2030, according to a report by the International Finance Corporation, 230 million jobs will require digital skills, and by digital skills, let’s not just think of advanced computer skills, people are looking for basic skills, like Excel, sending emails, searching the web, video conferencing, etc. With the okademy.africa platform , in one hour, a person can learn a new skill, wherever they are.” Samy added.

“For each student who takes our courses, we track their progress through our system integrated into the training platform; this means in concrete terms that we know whether our students are unemployed, have an internship, a fixed-term contract or a permanent contract. We also have information about employers and job offers.” – Kileshe Kasoma, People at Itot Africa

“With this data, we offer digital CVs to students, we connect our students with companies that are hiring, we modify, delete and add more courses and finally we have statistics on the impact of our courses in terms of job creation.” Kileshe added.

In the next 5 years, OKADEMY aims to have 500 courses and at least 2000 students in each course. They also want to be open to all categories of people, which is why our prices take into account the economic realities of Africans. That is, from $10 a person can have access to training.

Trudenty: Redefining the future of identity 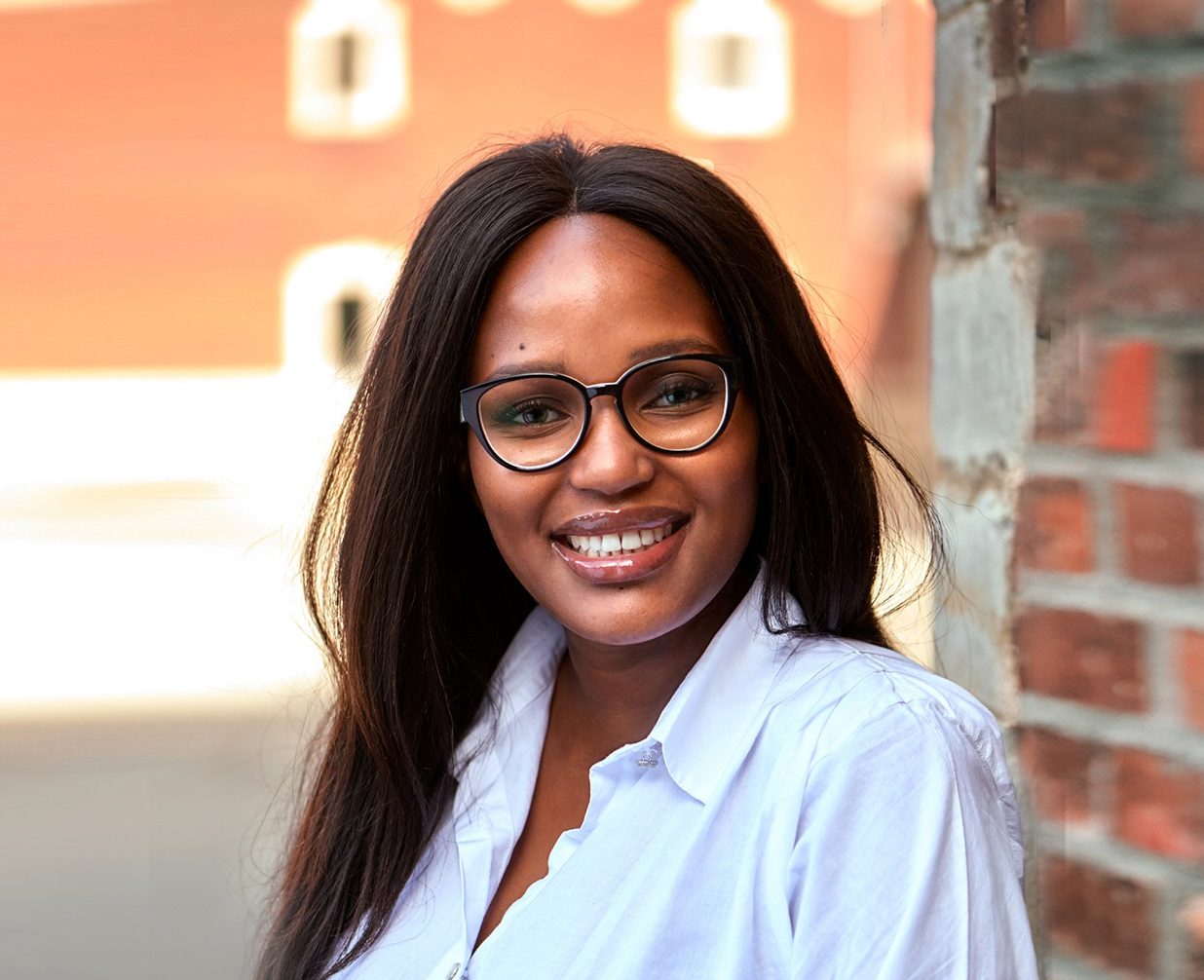 Trudenty is a Web 3 – SSI (Self Sovereign Identity) startup that leverages decentralised identity technology to provide privacy preserving credentials to people for use online. Founded by Lerato Matsio, a South African entrepreneur currently residing in Belgium after a rewarding career at McKinsey & Company that ended in February 2022.

Lerato launched Trudenty after she experienced identity theft and digital banking fraud (as a result) via her bank in South Africa. This experience inspired her to reimagine a world in which people were empowered with control over their information to cut through the root causes of digital fraud. And eliminate the need for companies to collect and store people’s information in a centralised database. Lerato found that blockchain and SSI technology offer a compelling suite of options to enable this.

Trudenty provides people and businesses with an alternative solution to perform identity verification and KYC that maintains the privacy (and security) of people’s sensitive personal information and also gives people control over their information.

In the world today, plenty of solutions exist for identity verification and KYC. However, they exist in a fragmented manner that requires people to share their sensitive information repeatedly across different companies every time they need to establish a new relationship with a company. This creates friction in the onboarding experience for people, but especially painful, exposes information that can be exploited by fraudsters to steal from people and defraud companies. Given the rise in instances of identity theft and digital fraud – it is clear that a change is needed.

“At Trudenty, we are building the future of identity, and by doing so, we provide an answer to the identity-related pain points of our time.” – Lerato Matsio, Founder Trudenty

“Our solution (currently in development) will enable real world trust anchors (e.g., banks, governments, health authorities, etc,) to issue verifiable credentials to their constituents that can be used by people to verify themselves, without compromising their identity, their privacy and allowing them control over who accesses their information. In future, identity verification and KYC will be possible using credentials issued by the real world credential issuer”. says Lerato.

With this inspiration and purpose-led mission, Lerato invited 2 technical co-founders with deep experience and expertise in Web 3 (incl. SSI) and fintech in Africa to help her bring Trudenty to life.

Later on this year, Trudenty plans to launch a pilot with a closed group of fintechs (and people) to test its solution. Through the initial use cases of digital onboarding, KYC and passwordless authentication. The team is currently working to complete development of their MVP for pilot later this year. They are excited to work with institutions and fintechs across the continent to usher in a new paradigm for identity verification, globally.

At McK, Lerato helped clients in Africa and Europe reinvent their business models and drive operational transformations, leveraging technology. Lerato is a Chemical Engineer by education, and spent a few of her early years as a Process Control Engineer at Sasol (a South African petrochemicals company).

Jusnah Gadi: The Tanzanian Native proving it’s possible to do it all 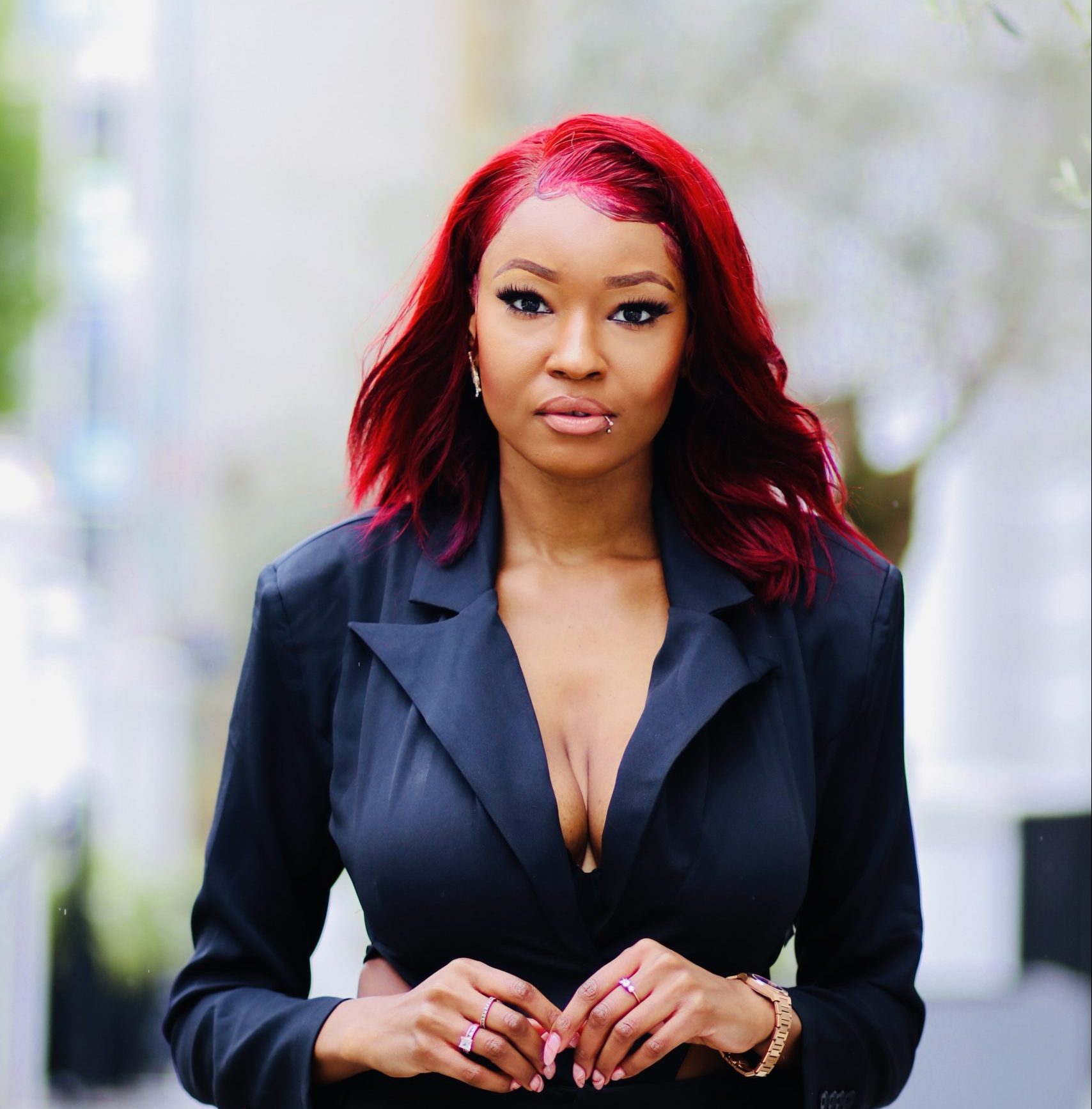 Jusnah Gadi a Tanzanian Native, raised in the Netherlands and currently resident in the UK, whose entrepreneurship has landed her in the likes of Forbes, Elle Magazine and the Evening Standard. She is a music business educator and founder of Young Music Boss which is a resource hub focusing on legal and business affairs.

With its tagline ‘Preparing Future Music Bosses’, YMB is an educational channel and network building platform to empower artists and aspiring music executives learning to navigate the business. With a legal background specialising in intellectual property and commercial law, Jusnah Gadi is fast becoming a formidable and much needed force in the music industry.

She is also the Co-founder of the UK’s No.1 Seafood boil brand (Hot n Juicy Shrimp Ldn) which has two operational takeaway branches and recently launched their microwavable sauce pouches ready to take the retail world by storm. HNJ was founded alongside business partner Samantha Pascal and boasts the likes of ZeZe Millz, Krept, Dappy and Ms Bankz among its notable regular customers.

And as if all of that isn’t enough, Jusnah Gadi also has a full-time corporate job as a Senior Compliance Executive for a FTSE 100 Sports & Entertainment company where she has climbed the ranks in her department leading a team of analysts who ensure the company’s regulatory and legal obligations are upheld.

Alaba: They say ‘don’t try to be a jack of all trades’. Do you believe in this?

Jusnah: Well the idea is that if you try to be a jack of all trades then you will be a master of none. I believe in the statement to an extent. I do believe that ideally you should focus on that ONE thing and become the go to for it, be EXCELLENT at it and then other doors will open. I don’t entirely subscribe to it though, because I believe that skills are transferable and I believe you can be multiple things at once and be a success at it.

Alaba: You speak about Tanzania and Africa a lot, particularly as it relates to the music industry – why is that?

Jusnah: Because Tanzania is my heritage, though I wasn’t born or raised there, I actually visited for the first time in 2003, It is my roots.  I feel a strong sense of responsibility to contribute to the betterment of my country and I think that my way is through Music Business. I see an industry that is RICH with talent but poor in infrastructure. I want to lead in that area and for me that begins with education. In order to develop an ecosystem which makes our music industry more sophisticated I believe the starting point is to ensure creatives and all stake-holders are adequately informed on the various different components that come into play.

I consult various artists teams in Tanzania and when I speak to producers/artists who have no.1 hit songs in East Africa, are dominating charts and streaming platforms with unimaginable numbers, yet struggle for basic needs I am reminded of the overwhelming amount of work there is to be done. If not me, then who?

Alaba: You also launched the Young Music Boss Awards in the UK (YMBA), tell us about that?

Jusnah: I am passionate about creating access to the industry but also cultivating and incentivising it, the YMB Awards are an extension of that. The Music Industry, is rich with accolades which celebrates the Artist’s, Producers and sometimes Labels. But rarely the executives behind the scenes who drive it all forward. The YMBA bridges this gap by awarding rising music executives, creatives and entrepreneurs who are the Managers, lawyers, A&Rs, Publicists, Publishers, Stylists, Marketers, Agents etc behind some of the most exciting artists, campaigns and music businesses of our time.

I was that kid who always used to read all the credits in the small print of the CD covers, wondering who those people were and what the different functions meant …now I know they are the people who make the industry revolve and evolve, the YMBA celebrates those individuals.

Alaba: What about your Food Business, what inspired that?

Jusnah: It was really an accident. I never planned to be a food entrepreneur. My business partner and I were craving a Seafood boil on our return to London from a trip in Las Vegas and struggled to find one. Eventually, we found one girl who made them from home, tried it and it was not great AT ALL. My business partner then suggested that we could actually do our own, I didn’t entertain the idea. A week or two later she had begun to test a recipe, telling some friends and family and had asked for my thoughts on a logo.

At this stage, I said to myself ‘okay I want in’. But even then, for me it was just an extra cash injection to fund other projects. Within just over a month, what was meant to be just a weekend gig from our home kitchens, word spread across London and demand increased. We then quickly realised that we could now longer safely or legally operate from our home kitchens which led to us obtaining the relevant licences and moving into a commercial kitchen. Two years later, here we are two branches with a product ready for retail.

Alaba: So what do the next 5 years look like for you?