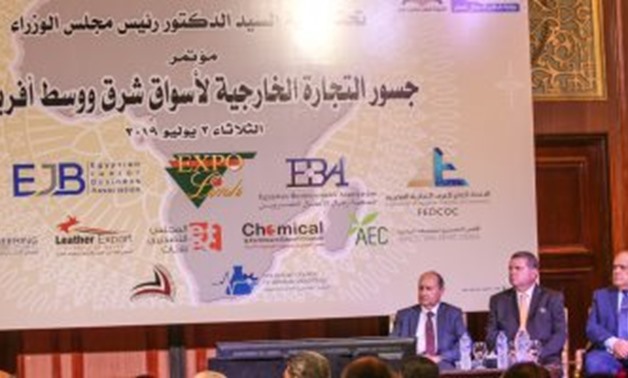 During the conference –Press photo

CAIRO – 2 July 2019: Ministry of Public Enterprise Sector affirmed the restructure of a number of subsidiary companies for maritime and land transport in order to facilitate and support exports to the African continent, whether Al-Nasr or Misr Companies.

This came during the Foreign Trade Bridges Conference for Central and Eastern African markets that was held Tuesday under the patronage of the prime minister, in the presence of Minister of Commerce and Industry Amr Nassar, Chairman of the Arab Organization for Industrialization Abdel Moneim al-Teras, hundreds of exporters and representatives of the private sector.

The ministry called on the private sector to participate in the success of the project, especially since it is possible to obtain prices 20 percent lower when compared to the rest of the companies due to the organization and the size of trade.

It also referred to the launch of an application for exports.

Egypt’s exports to the African continent are expected to reach $4.7 billion in 2018, compared to$3.6 billion in 2017, with an increase of 30 percent, according to the Commercial Representative Office.

Related Topics:africaConferenceexportsMinistry of Public Enterprise Sector
Up Next