In what is the largest transaction Vodacom has done to date, the mobile telecoms group will buy most of its parent, Vodafone’s, interest in Kenya’s Safaricom in a share-swap deal valued at R35bn.

The deal, which involves Vodacom acquiring 35% in Kenya’s largest mobile network operator, is seen as a vote of confidence in Vodacom’s management and is part of Vodafone’s strategy to consolidate some of its African businesses under the umbrella of its subsidiary.

Vodafone is also likely to sell its majority holding in Vodafone Ghana to Vodacom in future while retaining ownership of the North African assets. This move would give Vodafone a single entry point into sub-Saharan Africa.

The deal also diversifies Vodacom’s earnings and reduces its reliance on the South African market, which has a 146% mobile penetration rate.

Vodafone CEO Vittorio Colao said in April the group was looking at “improving the cohesion of different operations”.

Vodafone will retain a 5% stake in Safaricom but may sell it in future, while the Kenyan government owns 35%. The rest of the company – about 25% – is held by the public.

The transaction will be settled through the issuing of new shares to Vodafone, which will increase its stake in Vodacom to 69.6% from 65%.

“In addition to producing mutually beneficial opportunities for growth, it will create further incremental value through the close co-operation between the two businesses, particularly in driving M-Pesa adoption across our operations,” he said.

He also saw an opportunity for Vodacom to expand its big data and machine-to-machine services in Kenya. While there had been no negotiations regarding the Ghana assets, Joosub said Vodacom would consider it at the right price.

Peter Takaendesa, portfolio manager at Mergence Investment Managers, said Safaricom had a solid business model and could still deliver better growth than Vodacom over the medium term. “It will also give Vodacom better diversification as it will lift earnings from outside SA to over 30%.”

But he said the transaction would have been more attractive if Vodacom had entered Safaricom a couple of years ago when the Kenyan telecoms market was undergoing price transformation and “valuation was much more reasonable compared to current levels”.

“Valuation-wise, the deal appears full to us and only at a marginal discount to market but overall positive and value accretive in the long term,” he said.

Also on Monday, Vodacom reported a 4.5% increase in headline earnings a share [for the year to March] to 923c.

In SA, Vodacom added 3-million subscribers taking its total customer base to 37.1-million. Mapfinya said the results were good and generally in line with expectations. There were no surprises on the voice side and the investment thesis continued to be data driven.

While the data traffic surged, prices declined sharply and this was expected to continue.

Vodacom is targeting service revenue growth of a mid-single digit on the back of general improvement in the market. 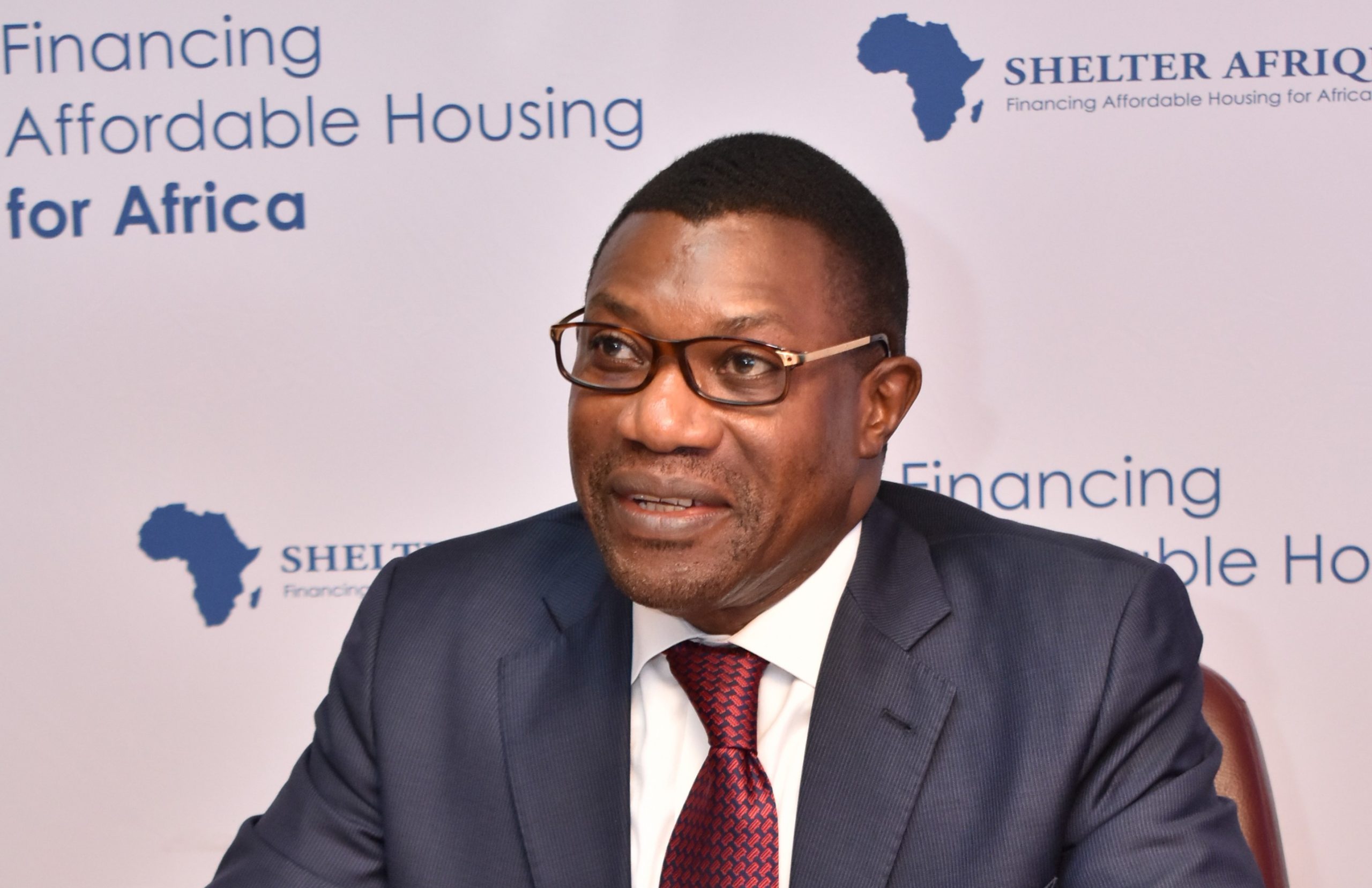 “Already, we have opened negotiations with Kenya’s Capital Market Authority on the possibility of Shelter Afrique issuing another housing bond to support local housing projects and we plan to do the same with capital market authorities in Rwanda, Uganda and Tanzania. We want to approach it as an East Africa issue- meaning we’ll issue Kenya Shilling bond, Uganda and Tanzania shillings bonds, and Rwandese Franc bond, subject to availability of bankable projects in each of the markets,” Mr. Muwowo explained.

“Our experience with the Nigerian bond debut is that pension funds present a viable option to tap funds for affordable housing projects. We equally believe they have the capacity to provide long term funding for such projects,” Mr. Muwowo said.

Shelter Afrique has had ten successful local currency bond issues in Kenya dating back to 2000s, which Mr. Muwowo says, have been successfully retired – demonstrating the Company’s strong investment rating in terms of local currency issues.

Mr. Muwowo said the Company was keen on extending housing projects financing beyond major cities and into rural areas, adding that every part of the countries should be able to benefit from housing projects funding.

“At the moment, we have housing projects in cities like Nairobi, Kisumu and Mombasa – in the case of Kenya, or Lagos and Abuja in the case of Nigeria. Our aim is to roll out housing projects all over the countries in member States. In Kenya, for instance, we are already in talks with the National Housing Corporation to implement this,” Mr. Muwowo said. 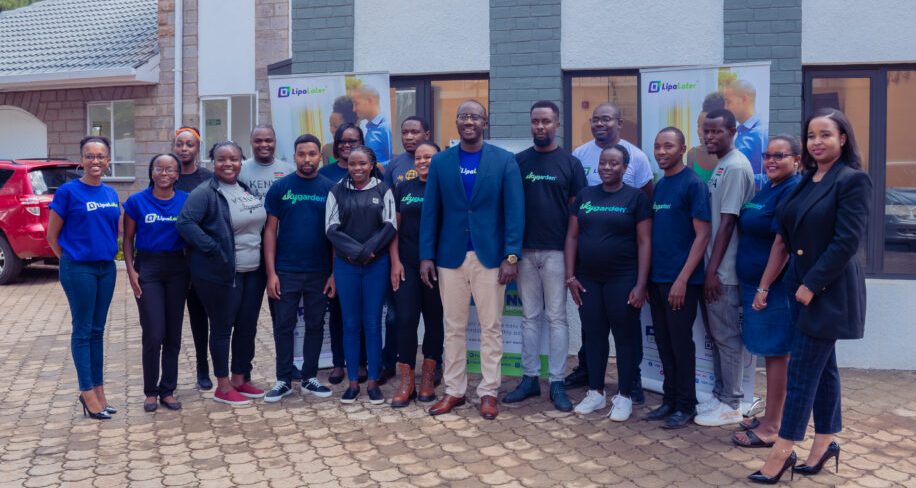 Lipa Later Group, has acquired Sky.Garden in a move that re-energizes our commitment to bridging the gap between the merchant and a customer with more empowerment between both parties, merchant and customer, stellar service, stellar tech, and revamped strategies that promise to disrupt the industry.

This acquisition of Sky.Garden by Lipa Later marks an important milestone in the group’s goal to offer innovative solutions that meet the needs of businesses and consumers. This move will enable Lipa Later to expand our customer base and solidify our presence in the market.

The e-commerce industry has exploded in recent years, providing businesses with the opportunity to reach customers quickly, cheaply, and more often. This is the driving force behind the decision to invest in Sky.Garden.

Speaking during the onboarding ceremony, Lipa Later CEO Eric Muli reiterated that the acquisition is timely as fintech continues to build an end-to-end avenue that connects merchants to customers and vice versa.

“Guided by our objective to empower African businesses and consumers to do more by enabling e-commerce, financial inclusion and shopping all on one centralized and fully integrated platform, our plan has always been to venture into e-commerce with unique value propositions for our consumers. Sky.Garden has done an incredible job and checks all those boxes. Lipa Later is no stranger to the e-commerce industry, having already established a strong presence in the online payment and finance sectors. This acquisition has greatly accelerated our plans of redefining the shopping experience for consumers,” said Lipa Later CEO Eric Muli.

Sky.Garden, which has raised north of $6,000,000 prior to this acquisition, will now be fully owned by Lipa Later Group and will continue to operate using its name.

With the acquisition of Sky.Garden, Lipa Later is now in a position to provide a comprehensive e-commerce solution to consumers, and with Sky.Garden’s established infrastructure and market presence, consumers will be able to purchase items from Sky Garden using any preferred payment method including Lipa Later’s buy now, pay later model which provides for a payment plan that is flexible and affordable through monthly instalments.

“Last month, we saw no other option than to file for insolvency,” Martin Majlund, founder of Sky.Garden, reiterated. “Today, I’m happy to see that Sky Garden will live on with new owners and new management. We built a great product over time, and I believe Lipa Later has the potential to take Sky Garden to the next level. Through this acquisition, the vision of Sky Garden will continue to live on while retaining jobs and businesses on our platform.”

This acquisition is a key step forward in our goal of becoming a leader in the e-commerce space. The acquisition of Sky.Garden by Lipa Later presents a great opportunity for both companies to benefit from each other’s strengths and further the growth of the e-commerce industry. With the combination of our expertise in financial services and Sky.Garden’s innovative e-commerce platform, the potential for growth is tremendous, and the impact this could have on the industry could be immense. Expansion plans are in place to see Sky.Garden integrated across other Lipa Later countries of operation which include Rwanda, Uganda and Nigeria. 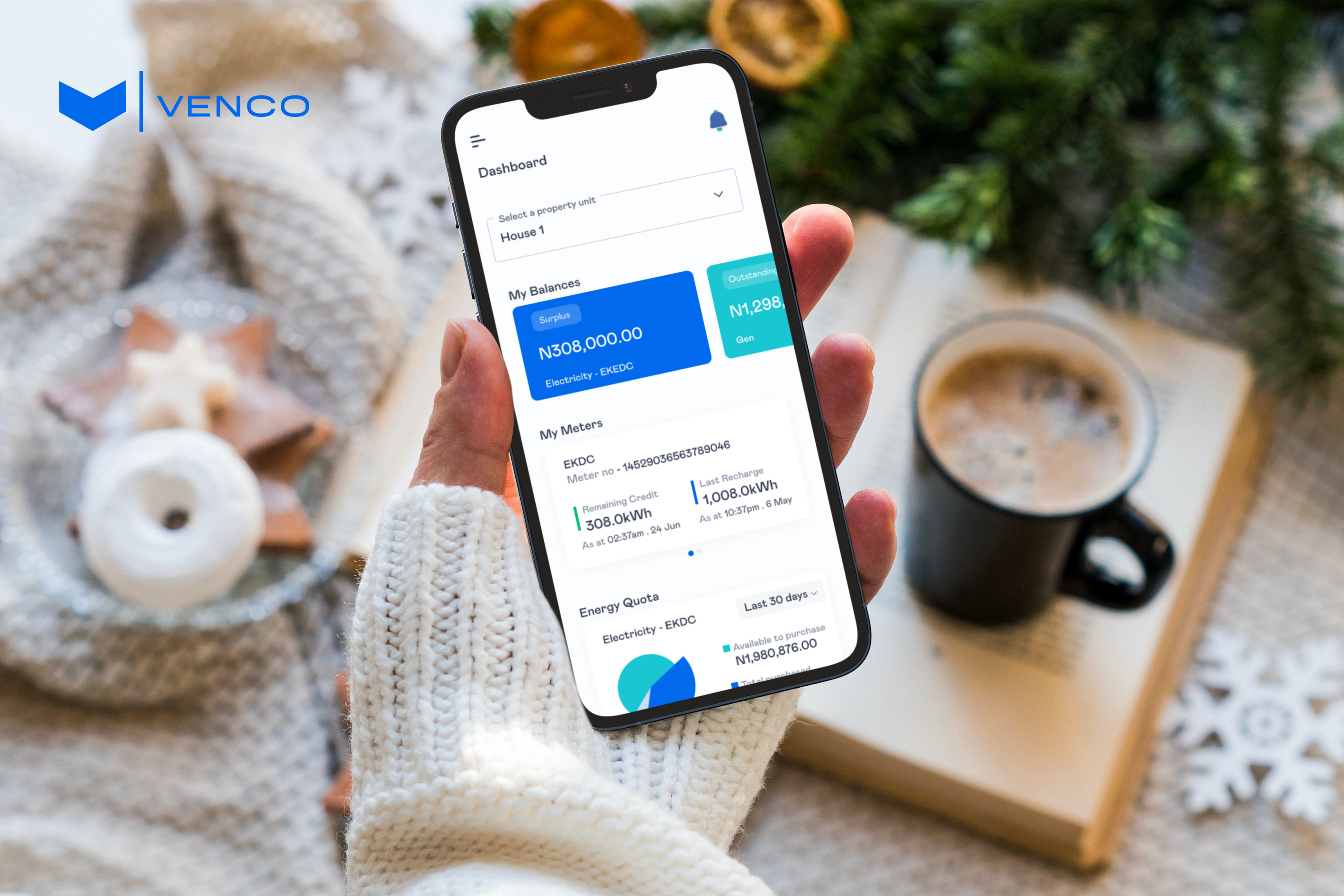 VENCO, a technology company that provides solutions to enhance living experiences in residential and commercial communities in Africa, has secured $670,000 in an oversubscribed pre-seed funding round to scale its all-in-one technology platform that manages collections, service charge administration, utilities vending, visitor access and other services associated with multi-unit property developments across Africa.

The pre-seed funding round was led by Zrosk Investment Management, with participation from other strategic investors including Voltron Capital, Decimal Point Ventures, Fast Forward Fund, Tayo Oviosu (CEO of Paga), Odun Eweniyi (COO of Piggyvest), Oo Nwoye, Desigan Chinniah, Dakar Network Angels and Viktoria Business Angel Network. Starting with Nigeria and Kenya, the new funding will support VENCO to build out its credit delivery infrastructure for rent and household spend, as well as its expansion into other cities and countries on the continent.

With growing urbanisation across Africa, multi-property developments have emerged as the preferred mode of delivering residential and commercial real estate. Of the 2.5 million households in Nigeria that earn more than $1,000 per month, 80 percent live in multi-property communities. 25 percent of their income is spent on rent and 50 percent is spent on other household needs, including consumables, utilities, internet data, cable TV and other services. This market for household spend represents a $22.5 billion opportunity in Nigeria, and $100 billion across Africa.

However, with the process of managing various aspects of life in these communal developments being largely manual and paper-based, there are many inefficiencies that negatively impact residents’ experience and profitability for property owners. For example, the default-rate on service charge collection for multi-property developments in Africa can be as high as 60 percent, which means that property managers are either out of pocket or forced to operate on insufficient funds. Even when payments are collected, the manual process means reconciliation is error-prone and theft is common.

Co-founded by Chude Osiegbu (CEO), Reagan Mbitiru (CTO) and Uzochukwu Alor (COO), VENCO automates collection and reconciliation of all dues and payments in communities resulting in improved receipts and better margins for property owners. For residents, self-service tools provided by VENCO make processes such as visitor control, issue and emergency management as well as utilities-vending more seamless. With residents able to build an economic profile based on their financial transactions on the VENCO platform, they can now access a range of embedded financial services, including insurance, credit facilitation for rent, service charges and household spend along with many other services.

VENCO has recorded over 200 percent growth over the last 9 months and is currently in 6 cities and more than 12,000 property units across Nigeria and Kenya. Since January 2022, it has processed more than $10 million in transaction value via its platform. The company is also partnering with ecommerce platforms to enable easier access to merchants within and around the community, energy companies to ensure reliable energy metering and collections, and other service providers to improve the overall experience in these communities.

According to Chude Osiegbu, CEO and co-founder of VENCO, “the manual nature of many processes associated with life in residential and commercial communities in Africa presents many issues that we believe technology can fix. Beyond this, we also want to leverage technology to deliver new services and experiences that will transform how people live in Africa’s growing cities and create better value for everyone across the board. Our goal is to deliver technology solutions that will enhance living experiences across the continent, and we are excited to have raised these funds to support that mission”

Samson Esemuede, Managing Director, and Chief Investment Officer at Zrosk Investment Management said “The team at VENCO are building a platform that allows for the validation of the GDP of the African household. Not only does a platform like VENCO allow for significant improvement in the experience of African residents, facility managers and property owners, it could potentially unlock at scale the sort of financial services the African consumer really needs. We view VENCO as both a SAAS and a financial inclusion play with a potential for strong multiplicative impact across the continent. We are excited to support the VENCO team in achieving their vision”.