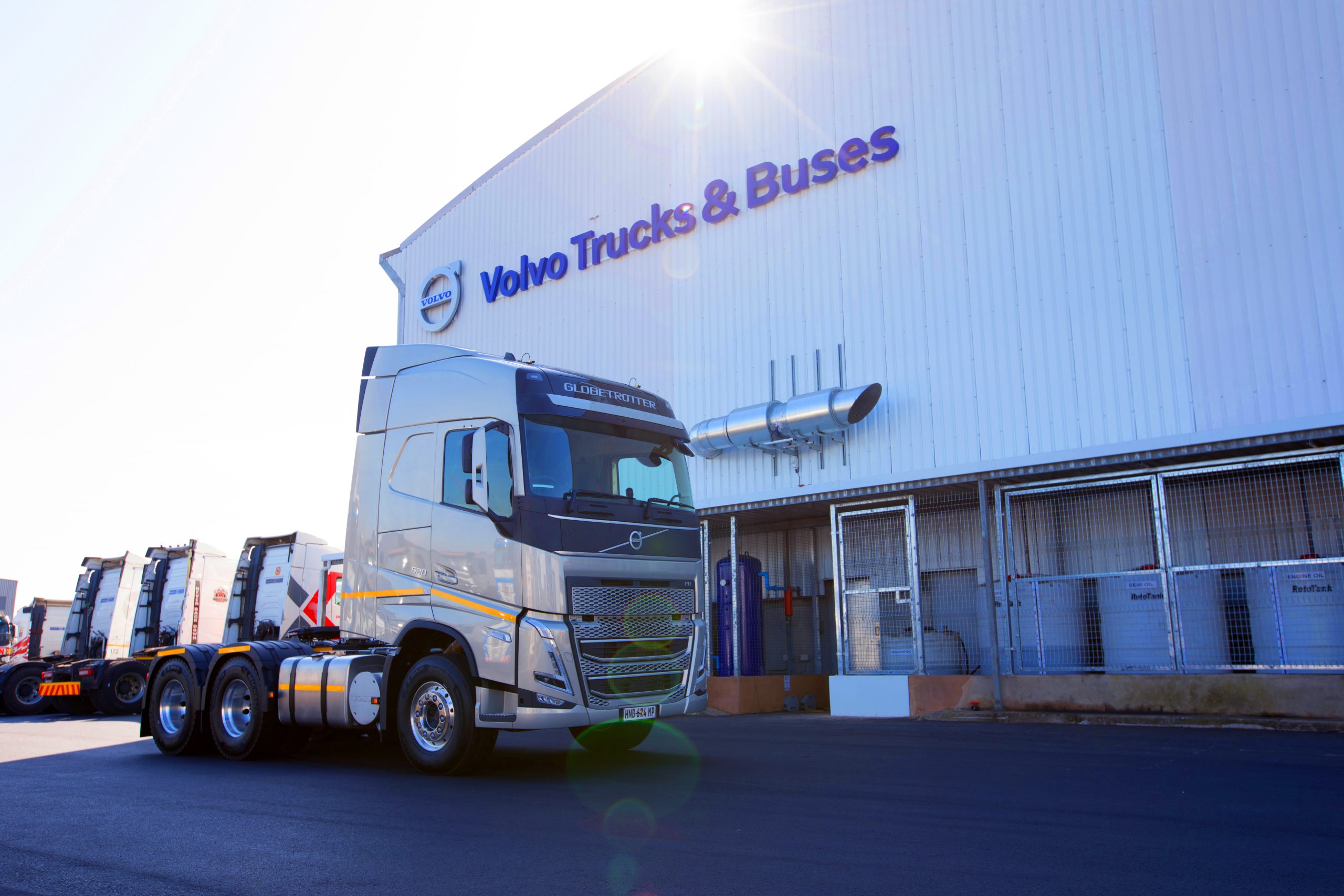 Volvo Trucks South Africa has opened a new R130 million dealership facility in Durban, KwaZulu-Natal, to support the growth of the brand’s vehicle park in the region.

The new facility is strategically located in the Riverhorse Valley Business Estate, which is easily accessible from the N2 highway, connecting it to all the major transport and logistics corridors to Gauteng and the rest of the region. The dealership employs 67 local staff, including 23 qualified diesel mechanics and five apprentices.

“We foresee that the recent announcement by SANRAL on the upgrading of the N2/ N3 highways will have a positive impact on the region’s spatial connectivity, and thus the ease of doing business in this area,” said Marcus Hörberg, vice president of Volvo Group Southern Africa.

“We believe in the future growth potential of the city, and that is why our new Durban Truck and Bus Centre was designed and developed to offer our customers the latest Volvo Trucks specifications in terms of ergonomics, sustainability, equipment and technology.”

The new dealership is situated on 37 000m² of land and offers, amongst others, a service workshop with 17 bays, pre-delivery inspection, test workshop including a bay for servicing LNG vehicles, secure trailer parking and an extensive parts warehouse.

“It is large enough to allow for smooth and efficient flow of vehicles through the workshop, reducing congestion, cutting booking lead times and limiting unnecessary downtime for customers,” said Hörberg.

“We also focussed a lot of attention on the wellbeing of drivers and offer an overnight facility for operators should a vehicle come in late in the day for servicing. It ensures a safe and comfortable space for both male and female drivers with separate ablution and sleeping facilities, as well as a communal kitchen, lounge and outdoor space to relax.”

The development also took the environment into consideration, with energy efficient lighting, a 20 000-litre water recycling plant in the wash bay, increased temperature control and more efficient hydraulic tools now in use. All waste and discarded lubricants are also safely removed, treated, and recycled by a professional waste management company.

The second phase of the dealership’s development will see solar energy installed to supply electricity to all four buildings, which will bring the facility closer to its target of becoming a carbon neutral facility.

“Environmental care has been a core value since the 70’s. Since then, we’ve reduced the emission of air pollutants from our trucks by up to 90%. And decreased fuel consumption and CO² emissions by 40%. We believe in sustainable transport solutions, and we are confident that our trucks, services and operations will lead the way there,” explained Hörberg.

The company has also already engaged with the local community to explore and support the specific needs of the people in the area. Furniture and equipment from the old Volvo Truck and Bus Centre in Pinetown was donated to the Quarry Heights Primary School, and more projects are planned to make a positive contribution to the society the dealership operates in.

Volvo Trucks South Africa’s head office is in Ekurhuleni, Gauteng and it also has an assembly facility in Durban. The company has 19 dealer facilities across South Africa.

“Our commitment does not stop when we hand over the keys of a new truck. It’s just the beginning,” said Hörberg.

“Our dedicated team, extensive Genuine Volvo Parts and service offer, and ground-breaking connected solutions can keep our customers’ trucks and businesses moving. It’s all part of our promise to provide the best possible support through the entire lifecycle of a truck – and beyond.” 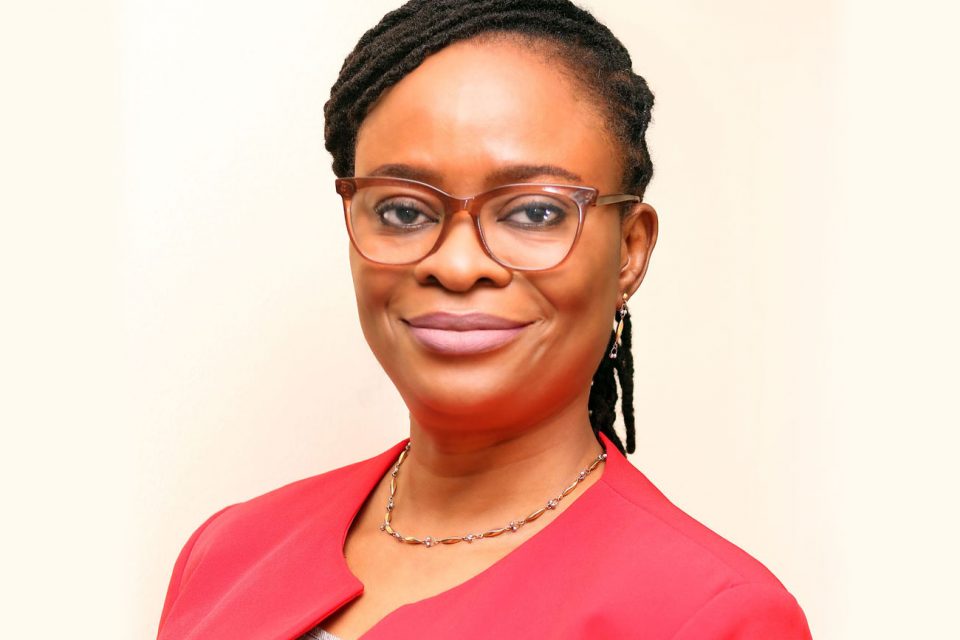 Ola Williams has been announced as the new Country Manager for Microsoft Nigeria. Previously the Specialist Sales Leader working with the extended team and the company’s partner organizations to grow cloud revenue across enterprise customers, she takes over from Akin Banuso who is the Enterprise Commercial Lead for Middle East and Africa– Multi market region.

In her new role, Ola will lead Microsoft efforts to accelerate Nigeria’s Digital transformation and cloud adoption across all our customer segments. She will work to identify new opportunities and mobilize internal organization resources as well as external stakeholders.

“I’m proud of the significant contributions Akin has put in to accelerate the transformation journey our customers in Nigeria,” Ibrahim said. “I’m thrilled that Ola will bring her unique expertise to take the country to new heights and also play a part in the larger leadership team to design how we address the Africa’s business landscape.”

“It’s a great honour to be taking on this exciting journey at a time when the organisation is focused on growing and accelerating Africa’s transformation,” said OIa. “I am very optimistic of where Africa is headed and how we have a unique opportunity to use technology to really transform the lives and business in this region.”

Ola joined Microsoft in 2010 as the Enterprise Voice Technology Specialist. She has also held various positions including Partner Technology Manager, Dynamics Partner Sales Executive as well as Account Technology Strategist. Ola has over 21 years of Information technology experience which spans through Solution implimentation, Solution Sales and Channels Management. She is graduate of Computer Science from the Federal Polytechnic, Offa and has a Master’s in Business Administration from University of Liverpool.

João Manuel Gonçalves Lourenço, The President of the Republic of Angola To Speak At The Angola and Turkey Business Forum 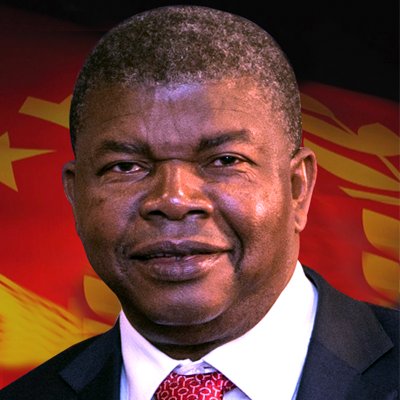 The President of the Republic of Angola, João Manuel Gonçalves Lourenço, will give the inaugural speech at the Angola-Turkey Business Forum, to be held at the Ato Congresium Conference Center in Ankara, Turkey, today, 28 July 2021, at 9:00 am local time.

President Lourenço, who will address the Turkish business community, will take this opportunity to highlight Angola’s economic potential and the opportunities that the country offers. He will also discuss his government’s commitment to economic growth and development through the private sector as well as the multiple initiatives that have been adopted to improve the business environment.

This Forum is part of the official program of President Lourenço’s visit to the Republic of Turkey and is the perfect opportunity to inform the local business community and investors of Angola’s new business environment. Numerous ongoing reforms and support policies for private investment and the diversification of the economy have been put in place.

The Chairman of the Board of Directors of AIPEX, António Henriques da Silva, will present the numerous investment opportunities in the Republic of Angola.

Turkey’s Minister of Commerce, Mr. Ahmet, and the President of DEIK, are also expected to present at the Forum.

Around a hundred Angolan and Turkish companies from various sectors are expected to participate in the event.

The Angolan and Turkish business communities will soon enjoy closer ties, with the launch of two direct weekly air connections between Luanda and Ankara through Turkish Airlines.

From 2003 to 2019, Turkey’s trade with Africa increased about five times, and now some 51 African cities are served by Turkish Airlines, which plans to start flights to Angola soon. (Source: issafrica.org and AIPEX).

To date, Angola has registered around USD 200 million in investments of Turkish origin, especially in mining and steel. President João Lourenço’s visit to Turkey will boost economic relations between the two countries and, in the medium term, an increase in Turkish investment in Angola is expected in priority sectors, namely, industry, mining, energy, tourism and transport, in addition to trade, where the two countries already have strong links.

The trade balance between the two countries is unfavourable for Angola, data from the General Tax Administration (AGT) indicate that from 2015 to 2020, Angola’s imports from Turkey was around USD 1,702,737,951.00, while exports from Angola to Turkey in the same period were only 41,960,419.00 USD. 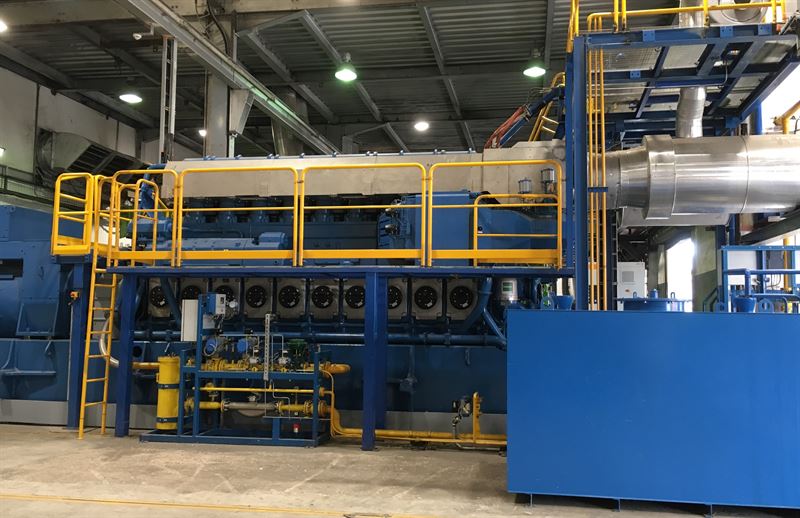 The technology group Wärtsilä will supply fuel-flexible dual-fuel engines to extend, improve, and modernise power generation for a captive power plant at Nigeria’s oldest and largest food and agro allied company, Flour Mills Nigeria. The company’s Lagos-based power plant is needed to ensure sufficient capacity and a reliable electricity supply around the clock to meet its food production requirements, and commitments to its customers. The two received orders were booked by Wärtsilä in March and June.

The multi-fuel capability of the Wärtsilä engines, which can switch seamlessly from natural gas to liquid fuel mode while running at full load, facilitates continuous supply of electricity to critical loads in the event of uncertainties in the quality and quantity of the gas supply. In addition to maximising the availability and reliability, this inherent capability provides a valuable hedge against fuel price increases, and lends itself to accommodating future fuel infrastructure developments.

“It is always gratifying to receive repeat orders from a customer, not only because it signifies their satisfaction with our solution, but also because it cements the relationship between our companies. Operational flexibility and efficiency, which are features of the Wärtsilä engines, are becoming key issues in energy production, and are especially relevant for production facilities with a critical need for a reliable electricity supply,” commented Marc Thiriet, Energy Business Director, Africa West.

The Nigerian government’s 30-30-30 vision document for the power sector aims to achieve a capacity of 30,000 megawatts of electricity by the year 2030, with at least 30 percent being supplied from renewable energy sources. The selection of fast-starting and stopping Wärtsilä engines means that should the customer have access to solar or wind power in the future, these engine generator sets can provide smart back-up generation to balance the fluctuating supply from renewables.

Wärtsilä has a leading position in supplying flexible power generation to West Africa with 4792 MW of capacity installed, of which 667 MW in Nigeria. Wärtsilä has operated in the country since 2010 and has about 90 employees locally.