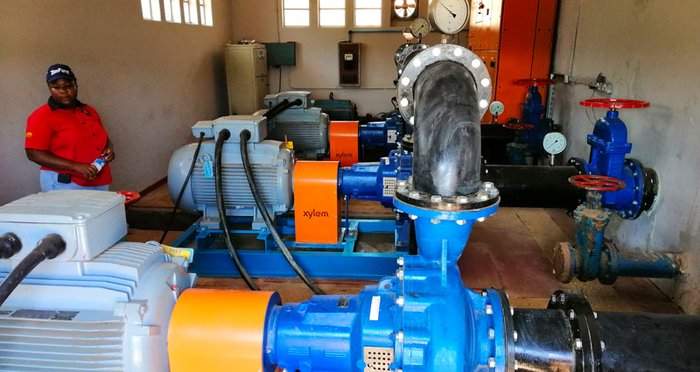 Passmore Masanga, a resident of the Mabvuku township in Harare hopes that a new 4.6 km pipeline, installed under the ZimFund Urgent Water Supply and Sanitation Rehabilitation Project Phase II, will change persistent water shortages and bring relief to his family and other residents of Mabvuku, where a water crisis has lingered for years.

“The situation is bad. We wake up around 3am to beat the water queues at a nearby borehole. We hope the replacement of the pipeline, among other factors, will enable us to get water from our taps,” said Masanga.

Masanga was among several residents who aired their views at a recent workshop in Harare. The aim of the workshop, organized by the ZimFund and the Harare City Council, was to exchange knowledge with beneficiaries about ZimFund projects in their communities.

“Engaging communities and sharing ideas with residents who are the intended beneficiaries of ZimFund Water and Sanitation projects is key in ensuring community stewardship of the infrastructure provided under the fund”, said Hardlife Mudzingwa, Community Water Alliance Programs Director.

The ZimFund’s key activities in Harare are to improve the water distribution system, ensure that water-stressed high-density communities secure a reliable supply of water and to improve wastewater management in targeted areas of the city.

These include the rehabilitation of seven sewage pump stations, 11 water pump stations, the replacement of 37km of critical pipelines in the water distribution system and the supply of 15,000 water meters, water meter test bench to test meter accuracy, sewer cleaning vehicles, laboratory equipment, spare pipes and materials, and bulk meters. This is being done at a total cost of US19.2 million dollars and will benefit over half a million people. Some of the works have been completed while some are ongoing.

Speaking during the workshop, Acting Water Director Simon Muserere stated that the city has been facing several challenges in its water and sanitation systems, mainly old infrastructure coupled with lack of capacity to match population growth.

In his closing remarks, African Development Bank Zimbabwe Country Manager, Damoni Kitabire implored the residents to safeguard supplied equipment to ensure sustainability and continued access to water for their families and children.

Workshop participants were also afforded an opportunity to visit Emerald Hill Water Pump Station and Chisipite Sewage Pump Station, which are being rehabilitated, to inspect the progress.

Harare’s water problems have stemmed from several factors, including drought, ageing infrastructure, pollution and a growing population. In the past, the water troubles have led to the outbreak of diseases like typhoid and cholera.

In 2014 a survey by the government and international aid agencies found that only 40 percent of Harare households had access to clean drinking water and sanitation, from 95 percent in 2009, according to a Reuters news report.

ZimFund is a US$145 million water and sanitation and energy programme, which was established in 2010 after the 2008 cholera outbreak. Its donors include; Australia, Denmark, Germany, Norway, Sweden, Switzerland and United Kingdom. ZimFund is managed by the African Development Bank as part of its operations to improve the quality of life in Zimbabwe. The Bank also supports Zimbabwe in the agriculture, transport, energy, water and sanitation, institutional development and capacity building, humanitarian, social and financial services sectors.